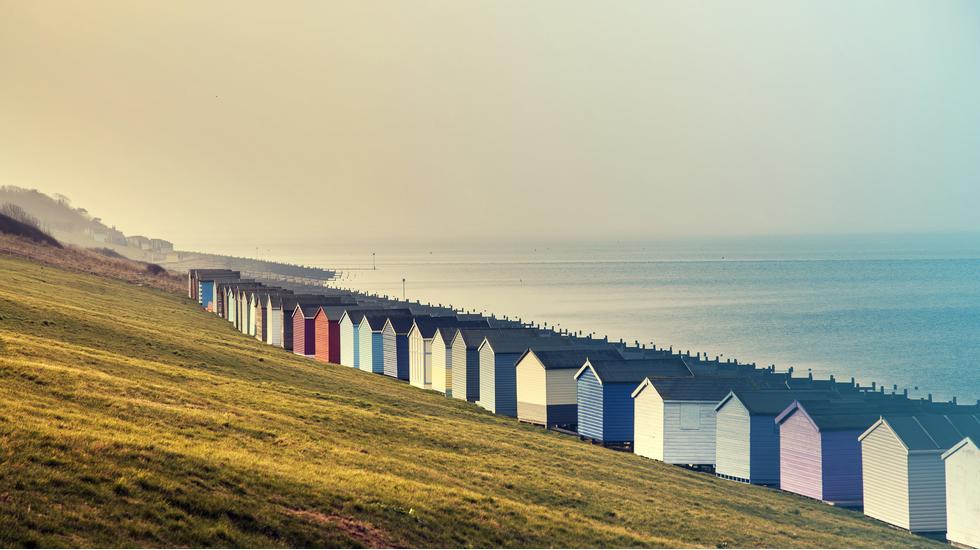 Daycations and staycations continue to reign supreme, and few places beckon Londoners away from the Big Smoke quite like the pebbled beaches, refreshing sea breeze and pastel-coloured buildings of coastal Kent.

Whitstable ranks among the best with its winding, cobbled lanes with names such as "Squeeze Gut Alley" that are as narrow as they sound, and beachfront huts offering some of the best British seafood in the UK.

Spend mornings walking along the beach - Whitstable West Beach is the most popular, but Tankerton is less busy and has plenty of rock pools to poke around in.

For lunch, nothing says British summer like paper-wrapped fish and chips, sat on a pebbled beach watching the tide roll in (and fending off squawking seagulls and over-friendly dogs). If you don't mind queueing, get your meal from local favourite VC Jones, a stalwart chippy in Whitstable. Alternatively, head to the port - a working harbour since 1832 - for freshly caught oysters, cockles and crab from the market.

Afternoons should be spent exploring the centre and Whitstable's thriving arts and culture scene. Stop by the Whitstable Museum and Gallery to learn about the town's seafaring and railway history, before heading to the Chappell Contemporary or the Fish Slab Gallery, which supports emerging artists.

If the sun's out, meander around the gardens of Whitstable Castle before heading to The Old Neptune come evening. This legendary pub is right on the seafront, and you can watch the sun go down with a Kentish pint.

An art lover. As well as independent galleries, the Kentish seaside is a favourite of many artists and photographers. Take a day trip to nearby Margate, where Turner whiled away the days painting seascapes and sunsets.

As the old saying goes, when there's an "r" in the name of the month, it's oyster season, so come anytime from April to September for a less crowded escape. That being said, the annual Whitstable Oyster Festival takes place at the end of July, when native oysters are out of season, but the town is packed.

Stay at The Marine Hotel for boutique bedrooms with sea views, with Tankerton Beach right on the doorstep.

Brave surfers heading out to test their mettle on the cold English waves.

Swimming trunks from responsible Barcelona-based brand Arrels, who partner with global artists including Camilla Walala and Regards Coupables to create unique designs. We've decided they're unisex and are stealing our boyfriend's as surfer-style beach shorts.

Whitstable is just over an hour by direct train from London St Pancras or London Victoria, or an easy drive in an hour and 45 minutes.