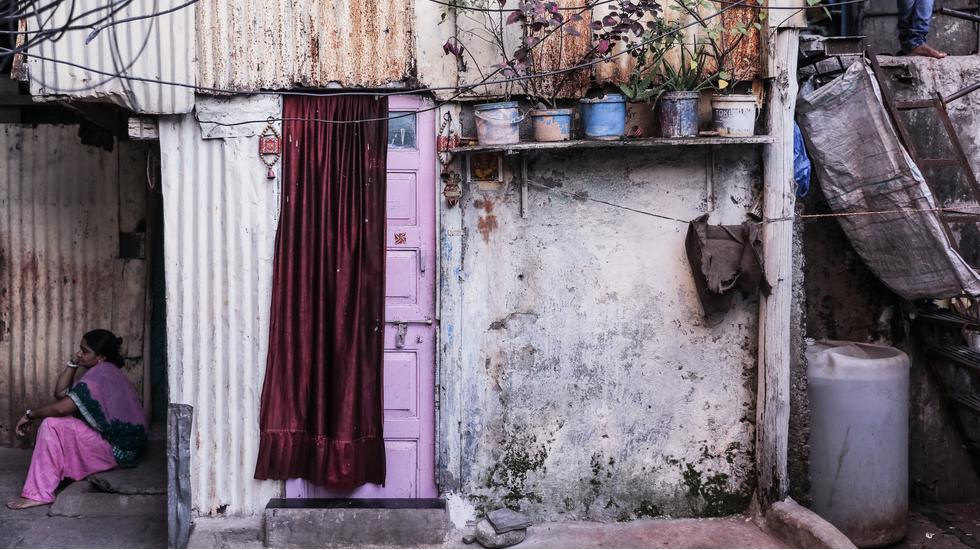 Located Located in the centre of Mumbai and often referred to as the city's heart, Dharavi is unique among slums. Indians have been voluntarily moving there from rural villages for decades, hoping to build a better life by working in one of its many successful industries. Through recycling programmes, tanning, textiles and pottery, it's estimated that Dharavi contributes between 600 million and a billion dollars to Mumbai's economy each year. This entrepreneurial spirit draws people to the slum, along with the cheap cost of living; despite Mumbai being one of the most expensive cities in India, Dharavi provides housing with rent as low as 500 rupees per month (about £5).

Walking through the slum is a journey through a maze of narrow alleys and shanties with corrugated roofs packed tightly on top of and beside each other. The width of the passageways is far too small, giving rise to echoing sounds; the chatter of women, the buzz of sewing machines, the pitter-patter of bare feet. Wet clothes hang over electrical cords that snake, dip and twist and a dense fog sits in the air as potters remove clay pots from homemade kilns. About 1.5 million people live in this square mile; that's 18,000 per acre, with eight or so often sharing one small room.

Situated in the middle of Mumbai's financial district, Dharavi's location makes it a hot topic in terms of real estate. Over the years, many regeneration plans have been proposed, sparking serious debate. Many have concerns that any redevelopment would be too small to house the amount of people living in the area, while others argue others argue that the local community spirit would be extinguished. It is this spirit that outshines the impoverished living conditions and drives the residents towards a better life with unbridled determination.