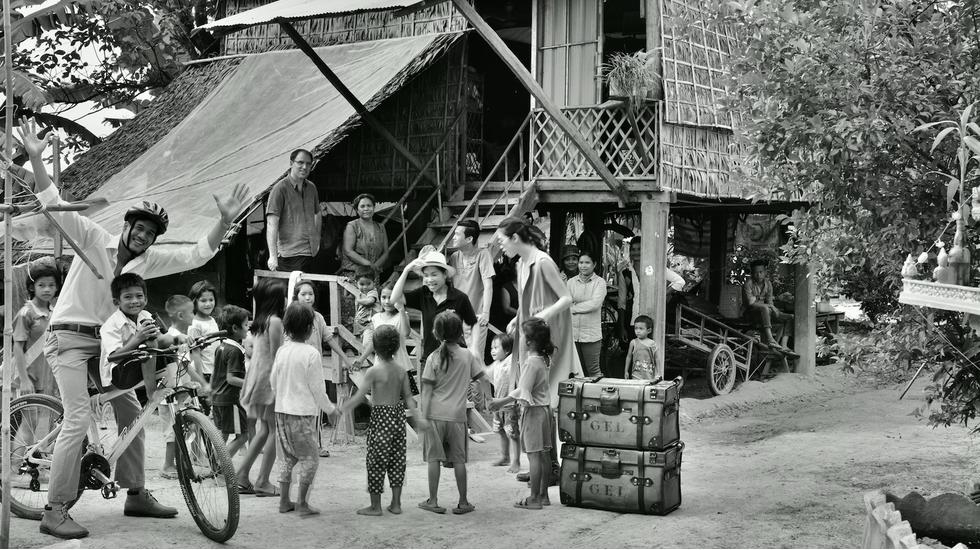 Boutique Boutique hotel expert Juliet Kinsman reckons being a considerate traveller is as good for your mood as having a steamy holiday romance. Here, the founder of Bouteco highlights the heroes and shows you how to make the world a better place through your travels.

Sustainability doesn't just mean solar panels. It's about having a positive impact - not only for the future of the planet but by bringing a little joy to people's lives. Being kind, basically. In an era of metrics-obsessing and constant work-talk of ROI, in which big corporate brands only seem to care about profit margins and optimal operations, it warms my cockles when I hear of human kindness in business: companies having a culture which promotes pride and respect and being considerate to each other is worth celebrating.

It's hard to talk about gas-guzzling jets in a green-themed conversation, but I recently delighted in a lovely story from Singapore Airlines. Not the usual carbon-offsetting press-friendly initiative, but a tale of the award-winning carrier flying out Edinburgh-based digital orchestra Drake Music Scotland to their mother-state for True Colours, an Asia Pacific Festival of Artistes with Disabilities. It's not just boutique eco-hotels that have my heart a-fluttering - it gives this jet-setter a thrill to hear about a luxury travel brand promoting positive social initiatives - especially when it comes to the arts and less able-bodied.

A hotel group that doesn't chime with me particularly for its eco creds but which has a special place in my heart is LUX* Resorts. Persand at LUX* Grand Gaube joined their housekeeping team in 2004 and has been a "trolley boy" for 14 years. He is meticulous at his job. He is also entirely without hearing. As part of their project called "For One Of Us", the hotel partnered with an institution so that 40 team members from various departments could learn sign language. It's Persand's only form of communication and through this he feels at ease in his workplace. Next year, those who have learned sign language will be working towards the advanced level by 2019, with 30 more enrolling in the beginner's course.

Business gurus might tell you that demonstrating kindness in commerce is sending personal notes to your customers, or surprising them with free gifts. But that seems far from altruistic to me. I'd rather hear about them being nice people who do nice things to make the world a better place - not just sweeten up their consumers to make bigger deposits in their shareholders' coffers.

Bruce Poon Tip is the Trinidad-born Canadian founder of G Adventures and the author of Looptail: How One Company Changed the World by Reinventing Business. Bruce's travel company has created over 50 social enterprises bringing underserved communities from Peru to Vietnam, into the sustainable-tourism chain, resulting in improved education as well as jobs. He began hosting small group trips in 1990, to bridge a gap between backpacker holidays and more formal group expeditions; now G Adventures culturally immersive tours are all about kind-spirited connections between humans.

In Bruce's book, a foreword from the Dalai Lama extols the value of businesses that "understand that human dignity, freedom and genuine well-being are more important than the mere accumulation of wealth". Exactly! And many of the projects G Adventures has cultivated sustain whole communities through their business's all-important ripple effect. In Peru's Sacred Valley, the kitchen and training programmes they helped set up to feed the thousands of travellers they bring annually, provide an empowering opportunity for the Peruvian women who now receive monthly salaries, health insurance and pension funds through this project. His triangular business theory shows how a non-profit can work for a for-profit company to create change-making sustainable projects - the non-profit regulates the projects and the for-profit makes it successful and brings in the revenue which benefits the community at large.

Bill Bensley is one of the world's biggest designers. But for someone so mega and whose work is so flamboyant, he's also incredibly humble and down to earth. It was only when having a cup of tea with him in Bali I discovered all the work he's done through his Shinta Mani Foundation. His Cambodia-based NGO has been supporting education, employment and healthcare in incredibly underprivileged villages around the world since 2004. Bill was so upset to discover how many newborns in Cambodia were at risk from unclean water that he went and sourced a thousand filters and personally distributed them. "When I first travelled deeper into countryside and I saw the malnutrition and real poverty, it made me cry," says Bill said with his usual smile, but with such touching sensitivity.

Which makes you ask yourself - what can I do next time I travel? The smallest steps in the right direction can make a big difference - especially when 1.2 billion of us are travelling every year. Jon Rose is the founder of Waves For Water, which provides access to clean water for millions while sidestepping the challenges faced by traditional philanthropic initiatives.

"Guerrilla humanitarianism is about taking a no-nonsense, stripped-down approach to determining the essentials needed to complete a task," says Jon. "Sometimes it's best to take matters into your own hands, bringing a solution directly to a problem, under the radar and around the red tape." Jon's journey began with a trip to Indonesia, where the pro surfer thought to take a few water filtration systems. While he was aboard a boat off the coast of Sumatra, an earthquake destroyed the nearby city of Padang, resulting in a thousand lives lost and 100,000 made homeless. "I managed to get water filters into the hands of rescue workers to help those who were most in need of clean water - that was really the start." Since then, Waves For Water has expanded into a specialised clean water task force known as the Clean Water Corps, which combines a "no-nonsense guerrilla humanitarianism attitude" with the expertise of military veterans to apply and implement strategic humanitarian initiatives to the major global issue of water-borne disease. So that I can be an evangelist with first-hand experience, I've just signed up to be a courier to take water filters to Indonesia too, since I travel there often - oh go on then, you could be super kind and support this initiative too.

I'll leave you with wise words once shared by Princess Diana: "Carry out a random act of kindness, with no expectation of reward, safe in the knowledge that one day someone might do the same for you." Word.