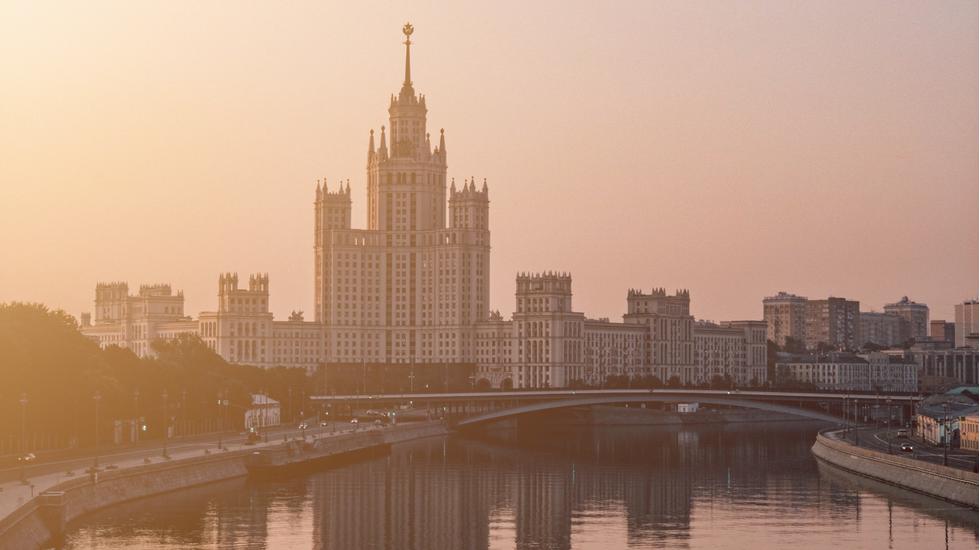 Russia Russia is a country of extremes. There's extraordinary wealth in Moscow, yet serious want in many Siberian hamlets. The brutal simplicity of Soviet tower blocks contrasts with the whimsical splendour of the Winter Palace, while the snow-capped mountains that run almost the breadth of the country seem worlds away from the turquoise sea which laps the glamorous beach resort of Sochi. The biggest country in the world, it's an endlessly rewarding place to travel; ensure you come back from Russia with love with our insider tips.

Propaganda was key for the Communist government which is why most towns in Siberia have their own theatres. Omsk State Music Theatre is a whacky building that looks like a giant ski slope and has a fantastic plant-filled atrium inside. The Buryat State Academic Opera and Ballet Theatre in Ulan-Ude has Soviet murals depicting Lenin in various heroic poses on the ceiling. Catch a ballet there for around £5 - a great value alternative to The Bolshoi, which typically costs up to £120 for tourists.

Don’t be drawn into political conversations

Do you support Putin? How do you feel about Trump? Russia is a politically charged country. Opposition leader Alexei Navalny has recently been barred from running in March's upcoming election because of a spurious legal claim and no one is in any doubt that Putin will be re-elected for a fourth term. When locals ask your opinion, it's best to keep schtum. Practice your "I'm not from around here so don't understand the question" face in advance - you'll be using it a lot.

Be money savvy in Moscow

Moscow is expensive even by London standards, but there are plenty of things to do for free. In good weather, Gorky Park is a great place to while away an afternoon watching Muscovites revel in the sunshine. Head to Red Square to soak up the incredible architecture of St Basil's cathedral and Lenin's mausoleum then duck into GUM, the state department store. It's an impressive building lit by skylights made up of more than 20,000 panes of glass. Tucked away on the top floor, Stolovaya 57 serves traditional Russian food at reasonable prices. You'll get change from a tenner for beef stroganoff, baked apples and warm kompot (a drink made from stewed fruit).

Russians' legendary love of vodka is one of those stereotypes that is actually true. In fact, the word vodka comes from "voda", which is Russian for water. Once they start a bottle they don't deviate, sharing it among the group until it is finished. If it's getting too much, leave some vodka in your glass to indicate that you don't want any more for the time being.

Despite the fact that the mercury in Moscow sometimes soars to 30 degrees in the summer, sandals and flip flops are a definite no-no. Wearing sandals in Russian cities is seen as the epitome of bad taste. At the very least people will stare, but you can also expect whispers, sniggering and even for some to take pictures.

Be sure to visit Irkutsk

No doubt you've got Moscow and St Petersburg on your hit list, but how about Irkutsk? This handsome city in eastern Siberia is home to beautiful wooden baroque houses with such delicate carvings they look as if they're draped in lace. Stroll up Zhelyabov Street to see some of the prettiest buildings.

First class is expensive (from £787) with just two berths per cabin, while third class (from £292) is an open-plan carriage with 54 berths. Second class (from £442), with four berths per cabin, seems like the obvious middle ground, right? Wrong. When you consider that second class is mostly populated by men, many on boozy business trips, you'll probably decide you'd rather give it a miss. The trains are generally very safe, but most families travel in third. Either way, several days in a tiny compartment of four strangers feels uncomfortably intimate - third class is considerably less awkward.

Bring your own food on overnight trains

Do you hear the word restaurant car and start picturing scenes from "Some Like It Hot"? Some trains don't even have restaurants and the ones that do are overpriced for the quality of food. Your only kitchen facility will be the samovar of boiling water which is in every carriage; get into flavoured couscous, pot noodles, soup and instant porridge, and stock up on fruit and veg before you board.