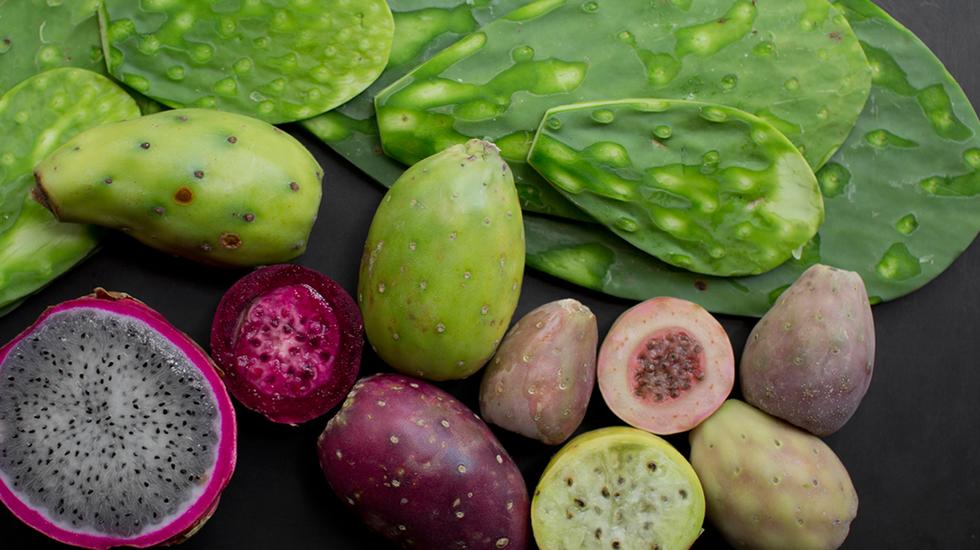 But Enrique wasn't satisfied with what he had done in Mexico. In 2012 he launched Mesamérica, a conference that aims to shed global light on Mexican food. He opened his much-anticipated New York restaurant, Cosme, in 2014. Naturally, it was a runaway success. With his one-of-a-kind recipes and passion for Mexico's culinary legacy, Enrique Olvera is showing the rest of the world exactly what they've been missing.

We caught up with Enrique on a recent cooking trip to London to talk quesadillas, ants and mole.

CURIOUS PEAR: Do you think the rest of the world has an accurate concept of Mexican food?

ENRIQUE OLVERA: It is hard to know Mexican cuisine. Mexico is so large and there are so many regions that not even Mexicans know it well. When people travel they synthesise the traditional processes and you end up with something superficial. But in general people are becoming more aware, and there are several chefs that are contributing to that awareness. For instance Thomasina Miers in the UK with Wahaca, Paco Mendez and Albert Adria with Hoja Santa in Barcelona.

CP: What do you think are the main misconceptions about Mexican food?

EO: Here in the UK, it is that it is cheap. But Mexican food is not cheap. It is created using the highest quality ingredients and is very labour intensive. If you put a lobster on top of a tortilla there is this perception that it is cheap, but at the end of the day you are still paying for that lobster.

CP: You've been described as someone who is reinventing Mexican cuisine, in what ways have you strived to do this?

EO: The intention was not to reinvent Mexican cuisine, but to make dishes that are personal based on what we know, but also trying to cook in a way that is honest to our principles. The result was a reinvention, but that was never the aim.

CP: How has your cooking changed over the years?

EO: It appears to have got a lot simpler, but in fact it has actually got more complicated. We have been synthesising our work and building up, creating things that are true to Mexican flavours. For example our Mother Mole, Mole Madre, which is Pujol's contemporary version of the classic mole negro. We started out with a recipe for a seven-day mole, traditionally reheated over the course of a week (the usual length of a celebration). After seven days we then wondered what would happen if we continued heating it indefinitely and found that the mole never stopped evolving. Since then, we have been reheating it every day for over 700 days, adding new ingredients that vary according to season. I find mole to be a fascinating, laborious and complex expression. Since mole is a universe in itself, we present it with tortillas, nothing else.

CP: Tell us about your new book, Mexico from the Inside Out. What was the inspiration behind it?

EO: Street food, tradition and produce of Mexico - those are the three main inspirations and there are chapters dedicated to each of them.

CP: How did you go about choosing the recipes in your new book?

EO: The book is divided into two sections. Side A is the greatest hits of the last five years at Pujol. Side B includes recipes that we believe a lot of people can cook at home. They are easy to make, if you have the right ingredients, but also relevant to different occasions.

CP: What is a dish that defines your childhood?

EO: I have eaten a lot of quesadillas in my life. Not the cheap ones with flour and fake cheese, but the ones made with heirloom corn. The first time I realised I was truly Mexican was when I ate a quesadilla in Oaxaca. An old lady in the market with wrinkled hands filled the tortilla with quesillo Oaxaca cheese and squash blossoms.

CP: And one that defines your adult life?

EO: Baby corn with chicatana ant, coffee, and chile costeño mayonnaise, which is a welcoming appetiser at Pujol. I first tasted hormiga chicatanas (ants) during a trip to Sierra Sur coffee plantation in Oaxaca with chef Alex Ruiz, from Casa Oaxaca. I was mesmerised by their flavour, but above all, by the chance to eat something as exceptional as these flying insects that appear only during the first two June rainfalls in certain regions within Mexico. It made me realise that in traditional cooking, you can also find new things and flavours that mean something. My visit to that farm sparked the creation of a dish that today plays an important role at Pujol.

CP: What is your favourite food market in Mexico?

EO: Tlacolula market in Oaxaca. They have communal grills so you can choose your food - including live turkeys - and cook it in the market. There is also great bread there.

CP: What has been the best street food experience you have had in Mexico?

CP: What do you like to do most when you are visiting London?

EO: Eat! And I love running in Hyde Park.

CP: What is next for you?

As always. Mexico from the Inside Out by Enrique Olvera is published by Phaidon (£39.95)

It It only takes a few chefs to breathe life into a flailing cuisine. Anyone who has been to Mexico will have memories saturated with flavour - out there, food is woven into the culture. Yet here in England our perception of this colourful cuisine has long been shaped by bad restaurants and supermarket packet meals (sombrero cartoon, check. Grated cheese, check). It wasn't until the birth of Wahaca, Thomasina Miers' street food institution, that London started tasting Mexican food for what it truly is: vibrant, zesty and colourful.

But it is Enrique Olvera, Mexico's most celebrated chef, who is most often sited as the catalyst for the world's newfound obsession with the cuisine. Olvera opened his first restaurant, Pujol, in his hometown of Mexico City in 2000. Three years later it was named the 16th best restaurant in the world, by The World's 50 Best Restaurants, and won praise from the biggest names in the food game. From Pujol's kitchens, Olvera weaved together his passion for classic Mexican recipes with rare ingredients and elaborate flavour combinations. The results marked a new kind of Mexican gastronomy, and put Mexico City on the map as a culinary hub.