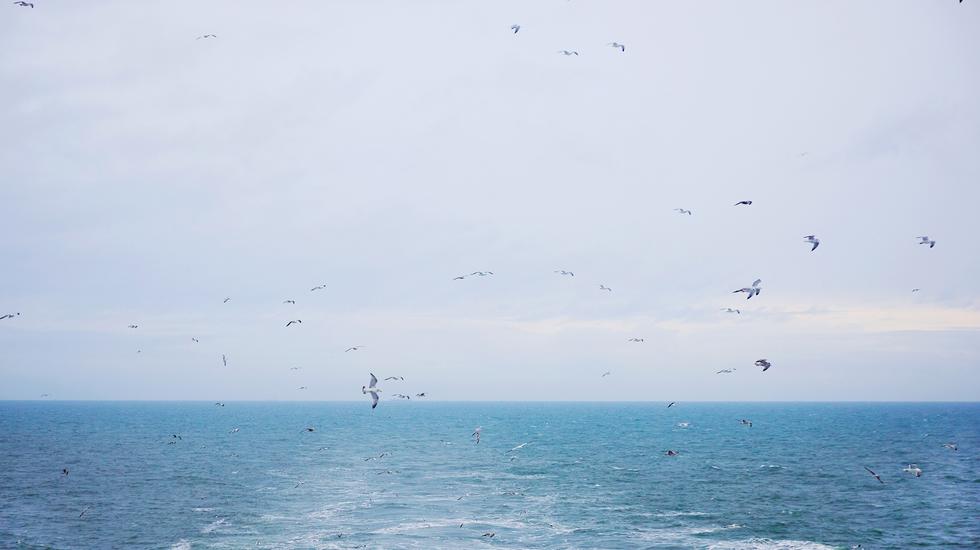 Although Although I'm from London, I've always felt a certain connectedness with Europe. I felt heavy with sadness when the UK resolved to sever ties with the EU.

Before the 31 January deadline for Brexit rolled around, a friend and I drove my old German car 620 miles across France to enjoy the continent for one last time as EU citizens. The thrills of travel would be dampened by poignance.

The White Cliffs shone against a gloomy sky as we approached the Port of Dover, where we boarded a ferry to Calais alongside truckers and holidaymakers.

On French soil, we stocked up on wine and crème caramels in the small town of Ardres before navigating the quiet roads towards Boulogne and, later, Paris. En route, we were kept company by the melodies of Charles Trenet, Jacques Dutronc, Françoise Hardy and Serge Gainsbourg - alongside a thick, foreboding fog that obscured our view.

In the capital, we braved the Arc de Triomphe roundabout before cruising down the Champs-Éysées and over the Seine, where we met an old friend for lunch at Stohrer, Paris's oldest bakery. In the beautiful Bibliothèque Nationale, I couldn't help but dwell on a portrait of Shakespeare displayed alongside other titans of European literature. As evening drew in, we holed up in Bar 228 at Le Meurice and marvelled at the hotel's original features, relics from when it served as Nazi headquarters in 1944.

Our road home took us through Rouen in Normandy, a place famed for burning Joan of Arc at the stake and making cider, which we sip late into the afternoon. The architecture here is etched with history. Medieval streets lead to a huge cathedral pockmarked by bullets and shells from the Second World War. I have a Proustian moment as I tuck into a baguette with jam and coffee the following morning, as if recalling a forgotten memory.

Back on the ferry, as the distance between myself and the mainland grows, I fix my gaze upon the receding shores. The drive back to London is horrid. It's dark, wet and dangerous, and I witness several crashes. After three days on the road, I'm exhausted but feel enriched by having experienced Europe one last time while still officially being part of it. Better to have loved and lost than never loved at all, I suppose.