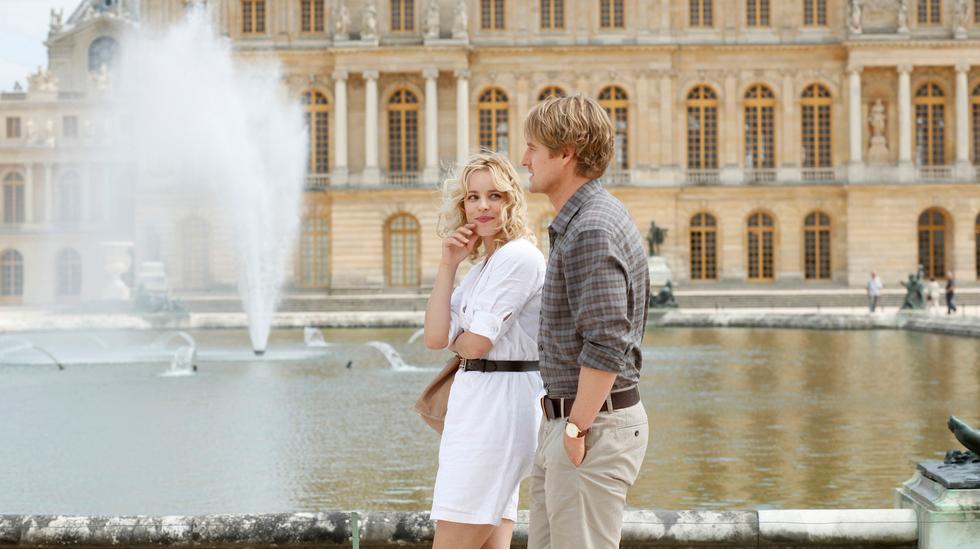 Whether Whether you're an armchair adventurer or seeking inspiration for your next trip, these cult films and far-flung flicks are guaranteed to leave you with seriously itchy feet. Popcorn at the ready.

Cult movies, throwback flicks and our 10 favourite travel films of all time

Most surfers fall into the "experimental traveller" category. They're the type who continuously seek out new beaches, virgin waves and secret coves unknown by others. We look to them to find the islands that we'll soon nickname "the new Bali" and follow their lead when it comes to setting up lo-fi communities on undisturbed shores. Celebrating the beachniks and bums of the 60s, documentary film director Bruce Brown followed surfers Robert August and Mike Hynson on a globe-trotting surfing quest to discover new surfing spots and introduce the sport to inquisitive locals. The trio rode waves in South Africa, Ghana, New Zealand and Hawaii and, thanks to Brown's playful documentary style, we became captivated by the surfers' mystique. Sixty years on, we're still obsessing over Brown's cinematography and taking cue from the film's energetic spirit to fuel our quest in chasing the sun.

This is the film that's credited with transforming Brigitte Bardot into an international star. Juliette - an orphan, played by Brigitte Bardot - becomes the mistress to three brothers, steals a yacht, washes up on beaches (barely clothed) and parties her way through the chic bars of 50s St Tropez. While the plot errs on the side of a Jackie Collins novel, we religiously return to this flick to revel in the portrayal of St Tropez at its heyday and, of course, basque in the bewitching beauty of Bardot. Little has changed since IRL the film was shot, so you can still wander the messy jigsaw of pastel-coloured cafés in the La Ponche district, the place where Juliette called home and fought with Michel (played Jean-Louis Trintignant). Bardot invented the 50s pin-up pout by the sea walls of Môle Jean Réveille, which still stand today.

Wes Anderson's 2007 masterpiece will give you the urge to fly out to India and board the Darjeeling Himalayan Railway immediately. The film follows the dysfunctional relationship of brothers Francis (Owen Wilson), Peter (Adrien Brody) and Jack (Jason Swartzman) as they cross the country's northern states. Though their route is somewhat ambiguous, the majority of the film was shot in Jodhpur, Rajasthan, while the scenes of the Himalayas were actually filmed in Udaipur. The most captivating element is the vibrant colours and varied landscapes as the group journey through deserts, farmlands, temples, juxtaposed with the quirky setting of the train. True to this imagery, India is a dynamic colour palette and a real spoil to the senses. The real-life Darjeeling Limited, also known as the "toy train", actually travels the eight-hour distance through the mountainous lands from Darjeeling to Siliguri, while Rajasthan is packed with temples, palaces and the famous Blue City.

Woody Allen's heart-warming portrayal of love and friendship is as enticing as lively Barcelona itself. Spending the summer there are best friends, Vicky (Rebecca Hall) and Cristina (Scarlett Johannsen). Both women fall for a sensual artist, Juan Antonio (Javier Bardem), and are soon introduced to his hot-blooded ex-wife Maria Elena (Penelope Cruz) - one of the most captivating female characters ever written. The film shows both the affluent and bohemian sides of the Catalan city, flipping between scenes of wealthy American ex-pats and local creatives. The camera gives a rich architectural tour of Barca and you're treated to visuals of Joan Miro's ceramic mural, the Gaudí fountain and the evocative spires of La Sagrada Familia. A cinematic excursion through the bustling streets of Las Ramblas shows the city's infectious energy, overflowing with restaurants, nightlife, art and culture.

There's nothing like watching Audrey Hepburn waft about New York in a strand of pearls to make you want to hit up the city yourself. The film's heroine, Holly Golightly, is a whimsical socialite who feels her most comfortable at Tiffany's. She befriends and eventually falls in love with Paul Varjak (George Peppard), though he does not fulfil her dreams of a glittering lifestyle. New York is shown at its most romantic in this 1961 film, directed by Blake Edwards, and oozes an utterly seductive glamour throughout. The famous Tiffany flagship store shown in the film opened in 1940 and is located on the corner of Fifth Avenue and 57th Street. Holly lives on the Upper East Side, which is still a lovely place to shop, pick up fresh pastries and stroll through Central Park. Her little brownstone walk will leave you thinking that a shoebox apartment in the city is nothing short of magical.

Richard Curtis' 90s rom-com is a love letter to London. Will Thacker (Hugh Grant) - a floppy, affable chap who lives on Portobello Road and owns a local bookshop - falls in love with famous actress Anna Scott (Julia Roberts), taking her on a romantic excursion into a West London garden square and for dinner at Nobu. Other London spots that appear in the film are The Ritz, The Savoy and Kenwood House in Hampstead, which is well worth a visit. Will's famous blue front door can be found on Westbourne Park Road, while Portobello Market is as effervescent in reality, packed with antiques, jewellery and food stalls - the perfect place to while away the weekend.

Countless films are set in LA, but none of them turn a gritty reality into a fairytale quite like Pretty Woman does. On Hollywood Boulevard's Walk of Fame, businessman Edward Lewis (Richard Gere) picks up Vivian Ward (Julia Roberts), the loveliest of all prostitutes. The majority of the film is set in Beverley Hills, displaying the high-life side of the golden coast. Edward and Vivien fall in love over a long weekend at the Beverly Wilshire Hotel, where her lavish shopping trip on Rodeo Drive will make you hungry for some retail therapy. The city has hardly changed since the film was made in 1990, with the Boulevard remaining wonderfully retro and an ideal mix of beach and city, sun and parties.

One of the most stylish films ever made, this tale of deception shows a racy and seductive side to Italy in the 60s. Tom Ripley (Matt Damon), a lost young man from New York, is sent to Italy to bring home rich playboy Dickie Greenleaf (Jude law). The town in which they meet, Mongibello, is a fictional place but the scenes were filmed in Procida and on the volcanic island of Ischia just off the coast of Naples, both of which make for a wonderful reminder that nothing beats a Euro summer holiday. Evoking Positano and Portofino throughout, with snippets of Sicily in there too, the beach on which Tom first meets Dickie and his girlfriend Marge (Gwyneth Paltrow) showcases all the elegance of the Italian seaside - and will have you booking a road trip in no time.

Although the majority of the film is set in New York, the most unforgettable scenes of romance take place on the island of Martinique. This tropical interlude in the otherwise American heist story gives the film an exotic twist as wealthy businessman Thomas Crown (Pierce Brosnan) pursues Catherine Banning (Rene Russo), a woman investigating him for the theft of a Monet. They arrive in Martinique on a private jet and get straight into an open-topped vintage Ford Mustang. An aerial shot of the island shows them driving through palm-tree-lined streets, past a classic Carribean funicular and eventually up a long, winding road to a secluded little blue and white house overlooking the ocean. An early morning shot of Catherine topless on a private beach brings yet another overwhelming surge of lifestyle envy. Martinique is part of the Lesser Antillies and is one of The Caribbean's more rugged islands, while others in the group include Saint Martin, Saint Kitts and the exquisite Mustique.

Another Woody Allen number, this story of nostalgia will make you yearn for fantasy Paris of the 1920s - and fortunately, it's one of the few cities that still embodies days gone by. The film follows creatively dissatisfied screenwriter Gil Pender (Owen Wilson) on a journey through the past, where he meets the city's deceased intelligentsia including Ernest Hemmingway (Corey Stoll), Gertrude Stein (Kathy Bates) and Salvador Dalí (Adrien Brody). In present-day Paris, the camera paints an artistic view of the city as the characters move through Monet's Garden in Giverny, the Rodin Museum, L'Orangerie and along the River Seine. Gil and his uptight wife (Rachael McAdams) stay in a room at the luxurious Hotel Bristol - always a treat. The famous Café de Flore makes an appearance and is a quintessentially charming place for a vintage taste of Paris on your own weekend trip.