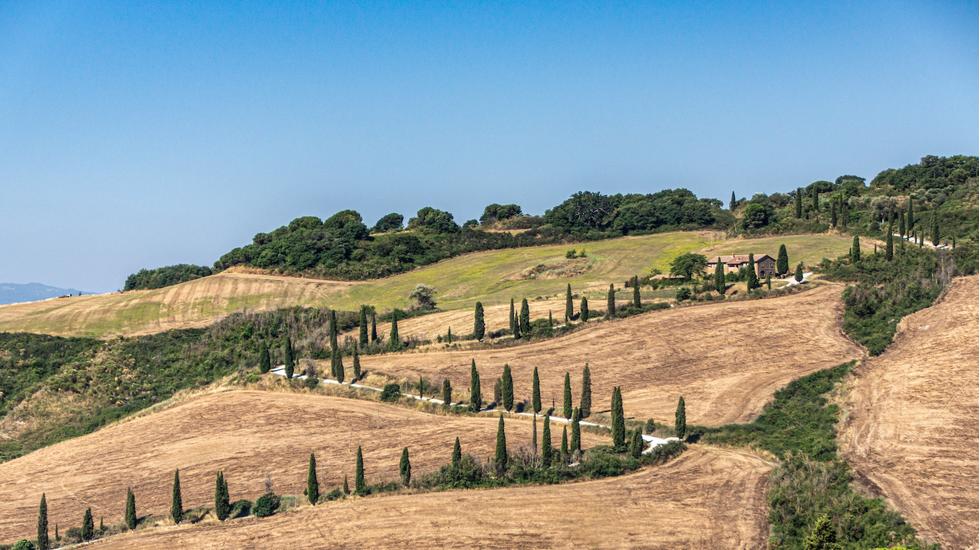 If you love: Amalfi Coast

Although the Amalfi coast is one of Italy's most enviable escapes, come high season the narrow streets feel stuffy and claustrophobic - anyone who's tried to drive a car along the coast road in August will know what we're talking about. Personifying la dolce vita, Piano di Sorrento boasts all of Positano's charm without the eye-watering price tag. Littered with orange and the lemon groves, the intoxicating aroma wafts easily between the local markets and hidden crevices selling pretty, handmade crafts. Carrying a noble reputation, Pontone is primed and preened for avid ramblers that have already conquered Amalfi. Once the getaway for Italian notability, the lush green mountains of the Valle delle Ferriere nature reserve reveal hike trials dotted with gushing waterfalls and abandoned mills. Bypass Sorrento and head to neighbouring Massa Lubrese - its close proximity to Capri makes its an ideal launch point for leisurely water excursions.

If you love: Rome

Joining the hoards of holidaymakers loitering at the edges of the Trevi Fountain or queuing outside the Colosseum in high summer is a surefire way to put everyone in a bad mood, immediately. Instead, venture out into the volcanic outskirts of Rome. Just an hour from the capital, Calcata was once a burgeoning, bohemian haven that was declared "unsafe to inhabit"' in the 1930s, meaning the medieval town has been impeccably preserved. Brimming with independent art galleries and homespun cafés, the once titled "oddest town in Italy" is an eccentric alternative to the commercial coffee chains of the capital. Ostracising itself from the rest of Italy and accessible only by pedestrian footbridge, the fragile beauty of Civita di Bagnoreigo has a rich history to support it. Founded by the Etruscans over two and a half thousand years ago, pass by the crumbling homes that perch vicariously on the volcanic ravine before heading Il Pozzo dei Desideri for a plate of creamy, truffle ravioli.

If you love: Milan

The Italian fashion capital has no trouble drawing in the crowds, but for a culture-heavy, tourist-light alternative to the Duomo Cathedral take the two-hour drive to the 2016 Capital of Culture, Mantua. The jewel in Mantua's crown is undoubtedly the decadent Teatro Bibiena, where four stories of ornate balconies overlook an elaborate stage - book tickets for an evening opera when emotive performances really bring the venue to life. Travel west to Pavia, the intellectual hub of the region, where a visit to the University of Pavia is a must; the swirling Anatomical Theatre is a temple of science displaying beautiful frescoes and a history teetering between art and science. Seek out Pozzo for a mandatory Aperol aperitivo. History lovers should visit to the National Park of Rock Engravings which houses the world's largest collection of prehistoric petroglyphs alongside Capo di Ponte's glaciers.

If you love: Florance

Renowned for rolling hills, gastronomic delights and renaissance art, you'll be hard-pressed to find a higher regarded Italian city break than Florence. Bid goodbye to the selfie-stick wielding tourists at the Ponte Vecchio and embrace slower-paced village life in Manciano. Believed to have magical healing powers, submerge yourself in the thermal hot springs of Cascate del Mulino before heading to the hills of Val d'Orcia. Spend an afternoon idly wandering through olive groves before a lengthy dinner of slow-cooked boar stew at Trattoria Osenna, taken sat on the terrace under a canopy of hanging wisteria. Just south of Val d'Orcia, the golden town of Pitigliano stands atop fierce gorges, seemingly hewn from tufa cliffs. With strong ties to its ancient Jewish community, snack on sfratto di Pitiglian (a crunchy biscuit filled with figs and spiced nuts) as you peruse artisan stores and check out the Palazzo Orsini museum.

If you love: Cinque Terre

Of course the big three are well trodden, but two of the tiny, pastel-coloured fishing villages that make up captivating Cinque Terre are still relatively absent of snap-happy travellers. Flying the culinary flag for the region is Tellaro, where the small maze of streets harbour restaurants serving some most authentic Italian cuisine around. Paying homage to their humble fishing heritage, the morning catch at Locanda Miranda is expertly prepared and fall-off-the-fork-fresh. Further along the coastline, Portovenere is a far more attractive option than overcrowded Vernazza. Explore the rainbow houses clinging to the coastline and pay a visit to Grotta Byron, where Lord Byron once swam on a visit to fellow poet Shelley. Sestri Levante's biggest lure is the blonde sands of Baia del Silenzio - translated to mean "Bay of Silence", unlike tourist-laden Cornigilia there's little chance of having to fight over striped umbrellas here.