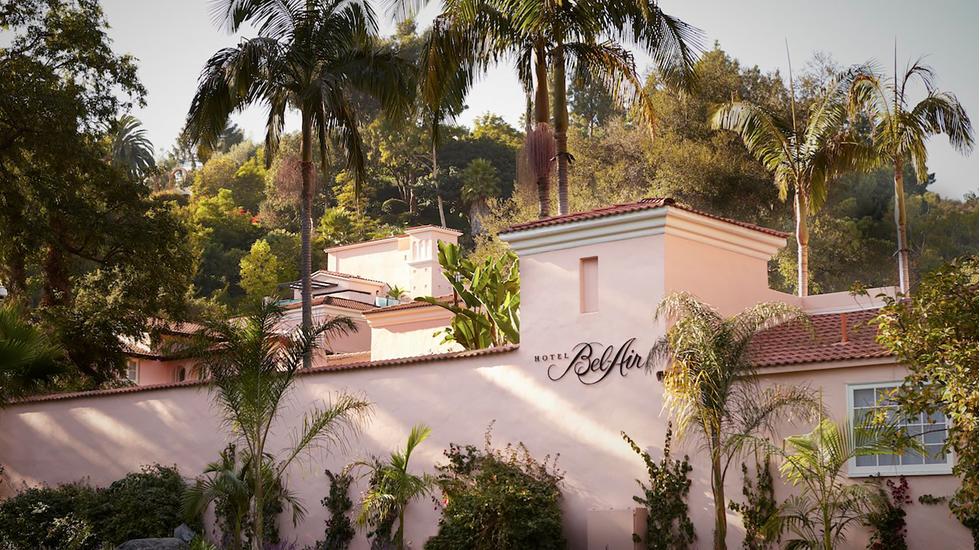 Coco Coco Chanel called the Ritz in Paris home for over 30 years, while the iconic Chelsea Hotel has housed multiple writers, musicians and artists. According to hotel lore, actress Marlene Dietrich - former resident of The Savoy in London - felt so much at home there that she had sex in the ballroom no less than five times (presumably not on the same night). These are the hotels made famous by the leading ladies who never checked out.

"Twelve pink roses and a view over the park please." Living at The Savoy on and off throughout her career, actress Marlene Dietrich's requests for her stays were simple but precise. Preceded by its glitzy reputation - fortified by its proximity to the West End - The Savoy has played host to the who's who of the screen and stage for nearly 100 years. One of the Savoy's nine "personality suites" is dedicated to Ms. Dietrich, along with Maria Callas, Charlie Chaplin and Frank Sinatra. The Dietrich suite is comprised of four rooms and is filled with artwork, photography and curios evoking the spirit of the star - 12 pink roses await guests upon arrival.

It was the stage for one of her most famous photoshoots and her home during a decade-long period that included her marriages to Joe DiMaggio and Arthur Miller, as well as the filming of Some Like It Hot. The Hotel Bel-Air was also the site for The Last Sitting, commissioned by Vogue magazine in June 1962 and shot by photographer Bert Stern just six weeks before Monroe died. The shoot took place over three days and Stern reportedly prepared for the event by putting plenty of Dom Pérignon 1953 vintage champagne on ice and spraying suite 261 with Chanel No. 5. Vogue published eight pages of the shoot the day after Monroe died and in 2008 Bert Stern and Lindsay Lohan paid homage to Monroe by re-creating the scene at the hotel.

Gabrielle “Coco” Chanel spent her life at the Paris Ritz. Taking up residence permanently in 1937, Coco occupied a pair of two-room suites, numbers 304 and 305. These small, low-key rooms resembled the apartment she maintained above her couture salon across the street at the Rue Cambon. Overlapping work and leisure time, the hotel’s honey-coloured facade and interior marble supposedly inspired the bottle of Chanel No. 5. Decorated in shades of wheat-beige and gold, the lavish accommodations of the “Coco Chanel Suite” – commanding €18,000 a night – are decidedly grander than the cosseted adjoining rooms she called home until her death in 1971.

Legendary tenants and guests of The Chelsea Hotel included Janis Joplin, Jack Kerouac, Bob Dylan and Edie Sedgwick. The wild art-filled halls became the stuff of legend – an epitaph to the spirit of 1960s Chelsea. The hotel is featured prominently in Patti Smith’s memoir “Just Kids”; Joni Mitchell penned “Chelsea Morning” there and Janis Joplin had a fling with Leonard Cohen, who then wrote about the city and their relationship in Chelsea Hotel. Once the epicentre of a louche New York lifestyle, the doors of the Chelsea have been closed for some years now, but it’s set to reopen in 2019.

Years after featuring in the hit indie film Lost in Translation, the Park Hyatt Tokyo - housed in the upper floors of a handsome steel Kenzo Tange tower near Yoyogi Park in Shinjuku - continues to attract movie fanatics. Capturing the solitude and sadness that some city hotels possess, Sofia Coppola's film turned the Park Hyatt in Tokyo into the ultimate destination for a solo soul-searching trip. Post check-in, grab a seat at the iconic New York Bar with an impressive view over Tokyo's skyline. In true Bill Murray style, order a glass of good Japanese whiskey and see where the night takes you.