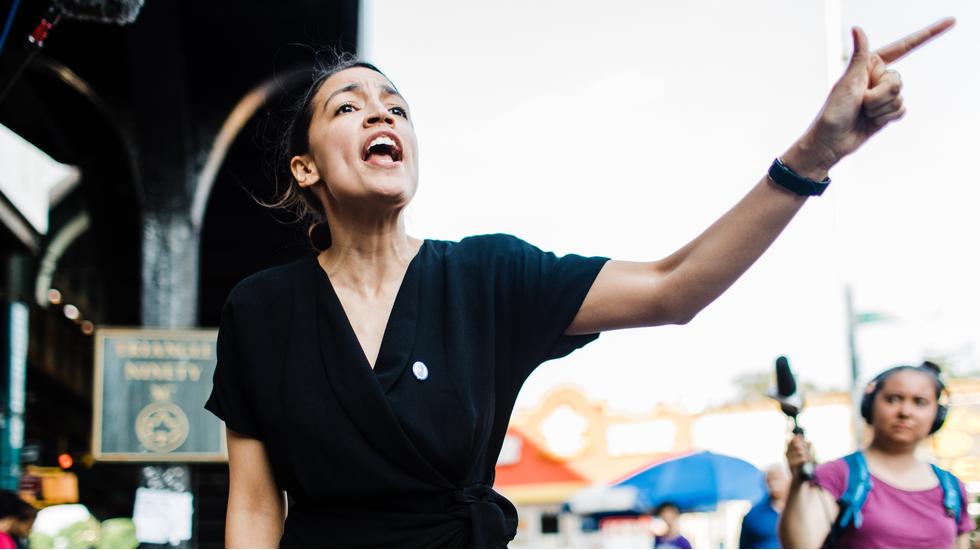 Breaking Breaking boundaries in the fields of film, fashion and politics, these pioneering women are visionaries guiding us to a brighter, bolder future.

In 2012, Haifaa Al-Mansour filmed Wadjda, the first ever feature to be made entirely in Saudi Arabia. Due to the public segregation of men and women, Al-Mansour was required to direct the movie's outdoor scenes from inside a van, giving instructions to her cast and crew via walkie-talkie. In doing so she became Saudi Arabia's first female filmmaker. As Saudi Arabia lifts its 35-year-long ban on cinemas - at the request of its 32-year-old crown prince, Mohammed bin Salman - Al-Mansour seems the most likely candidate to become an ambassador between Hollywood and Riyadh. Her latest film, Mary Shelley, based on the life of the Frankenstein author, was released in 2017 and starred Dakota Fanning; more Al-Mansour US-based projects are likely to be given the green light in the near future.

Born in the Parkchester neighbourhood of the Bronx (where she now lives) Alexandria Ocasio-Cortez made history at this year's mid-term elections, becoming the youngest woman ever elected to Congress. By the time she enters Congress as the Democratic candidate for New York's Fourteenth District, she will be 29. From a Puerto Rican family, the Democratic Socialist's campaign focused on the areas that had impacted her own clan growing up: education and community organising - from common concerns to overcoming social injustices. The New York congresswoman-elect says she "won her seat in the US House of Representatives because of all the doors she knocked on." With the shoes to prove it, the first pair worn by Cortez on the campaign trail are making fashion history as part of an exhibition at the Cornell Costume Collection titled "Women Empowered: Fashions from the Frontline." The exhibit calls on women to submit items of clothing that have empowered them in the past.

In 2009, Livia Firth established Eco-Age, a consultancy firm providing sustainability solutions for brands looking to improve their supply chain. With a client book boasting high-profile names like Chopard, Erdem, Stella McCartney and Gucci, Firth is responsible for great strides in the luxury and fashion markets. Spotlighting sustainability success stories at the Green Carpet Challenge (of which she is the founder), the project aims to raise the profile of sustainability and social welfare by encouraging celebrities to wear ethical designs at high-profile events. A UN Leader of Change, Firth has been recognised with the UN Fashion 4 Development Award and is also a founding member of Annie Lennox's The Circle - a powerful women's advocacy group.

Model and Founder of Gurls Talk

No longer a runway newcomer, Adwoa has walked in shows for Chanel, Fendi and Miu Miu and fronted global campaigns for the likes of Burberry, Versace and Marc Jacobs. Appearing on the cover of Edward Enninful's first issue as editor-in-chief of British Vogue for in December 2017, Aboah represented a shift in focus for the fashion publication. Modelling accolades aside, it is her candid and honest account of her battle with addiction and depression that has made her one of the industry's most courageous voices and in-demand personalities. Gurls Talk - a digital project which gives young women a platform to discuss feminist issues - debunks taboos and is founded on the basis that by coming together we can "become both individually and collectively stronger, inspire each other and make a positive impact on the world."

Born in Norway to immigrant parents of Pashtun and Punjabi ancestry, Deeyah's experience of living between different cultures has helped shape her artistic vision. Providing a platform to those that are often overlooked and misunderstood, Deeyah Khan's work highlights the voices of women of Muslim heritage. Her 2012 film, Banaz: A Love Story, chronicled the life and death of Banaz Mahmod, a young British Kurdish woman murdered by her family in a so-called honour killing. Her second film, Jihad, involved two years of interviews and filming with Islamic extremists, convicted terrorists and former jihadis. Deeyah is the founder of Fuuse, a media and arts company that puts women, people from minorities and third-culture children at the centre of their own stories and in 2016 she became the first UNESCO Goodwill Ambassador for artistic freedom and creativity.