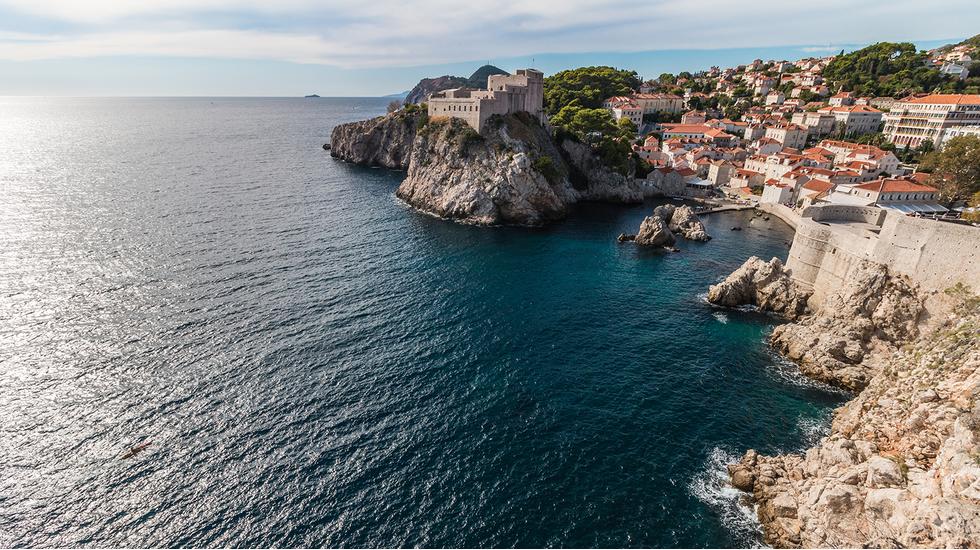 While While conversations among friends, family, colleagues and even strangers may no longer revolve around who will kill the Night King or who will sit on the Iron Throne, it's clear that the Game of Thrones legend will stand the test of time.

As reluctant hands exchange money from bets and sweepstakes, and fans mourn the end of what can only be called the greatest TV show of all time, there's two ways to soothe the tears, grief - and, in many cases, severe disappointment - caused by the series' finale. Option one is to rewatch the entire series from the beginning; the other is to visit these Game of Thrones filming locations and recreate the magic of the last eight years.

Much of the GoT action was filmed in Croatia's ancient city of Dubrovnik. The walled capital became the set of King's Landing, home to the Lannister clan. Wander around the walled capital to explore the place that saw Tyrion transform from a brothel-going, drunken outcast to a revered Hand of the King, the city that saw Cersei shamed and paraded naked through the streets (those being from Dubrovnik's St. Dominic Street to Ploče Gate ), and the city that Daenerys… don't worry, no season eight spoilers here.

Several different locations were filmed throughout Ireland and Northern Ireland. Head to Castle Ward to see where parts of Winterfell were shot, or River Quoile to see the ancient castle of Riverrun. Nearby, Tollymore Forest Park in the foothills of the Mourne Mountains is where the Haunted Forest was set, where Ned Stark first found the direwolf puppies, and where Ramsay Bolton chases poor Theon (back in the days of Reek). Speaking of the ironborn, the Greyjoy's home can be found at Ballintoy Harbour and Dunluce Castle.

The majestic palace that is Alcázar of Seville starred as the Water Gardens of Dorne, home to Oberyn Martell, Ellaria Sand and the deadly Sand Snakes. Roam the lush gardens where Ellaria stabs Doran Martell, and the young romance of Trystane Martell and Myrcella Baratheon blossomed among the flowers.

Just outside of Seville, the ancient Roman city of Italica, birthplace of emperors Trajan and Hadrian, served as the setting for the Wight Walker reveal to Cersei by Jon Snow, Daenerys and Tyrion in the season seven finale.

The Stark's ancestral home, Winterfell, with its snowy turrets and many towers have been integral to the GoT plot since Jaime Lannister first pushed Bran out of the tower window. Since then, epic scenes from The Battle of the Bastards and much-anticipated Long Night have taken place at Winterfell. In the district of Stirling in Scotland, the medieval Doune Castle starred as Winterfell's original, legendary exterior.

A short boat trip from Dubrovnik, the island of Sibenik - known as the gateway to the Kornati Islands - was the setting for Braavos and the Iron Bank. Stop by St Jacob Cathedral to admire Westeros' wealthiest bank, dating back to 15th century and elaborately decorated with 71 sculpted, stone faces. From there zip across to Krka, where the lakes, rivers and waterfalls of the national park were transformed into the Westeros Riverlands.

The arid countryside of Bardenas Reales in Navarre, northern Spain, stars as the Dothraki Sea, where the Mother of Dragons was held prisoner. Explore Navarre, a medieval Basque kingdom dotted with remote villages, including the city of Pamplona, and trek through Bardenas Reales, a wild Unesco Biosphere Reserve.

Jon Snow and Ygritte's short-lived romance is one of Game of Throne's best. The fictional couple - now married in the real world - first slept together north of The Wall, in Iceland's geothermal Grjótagjá caves. While we wouldn't recommend re-enacting this particular scene, the natural phenomenon is well worth a visit. The caves are located in Lake Mývatn, near the town of Akureyri and Europe's largest glacier, Vatnajokull. The lake is where Mance Rayder and the wildlings camped while Jon and Ygritte disappeared into the caves.

It's pretty much impossible not to love Samwell Tarly. The bumbling best pal of Jon Snow made his way to the Great Sept of Baelor in King's Landing with dreams of becoming a Maester (Gilly and little Sam in tow). Girona's Monastery of Sant Pere de Galligants provided the setting for the grand library, where Sam and Gilly first discover Jon's true heritage. Head to Girona's Cathedral to climb the steps where Jaime arrived in the nick of time to save Queen Margaery from her walk of atonement.

Daenerys Stormborn of House Targaryen, Queen of the Andals, Dragonstone and Meereen, Khaleesi of the Great Grass Sea, the Unburnt, Breaker of Chains and Mother of Dragons… while Dany's title as The Rightful Queen of the Seven Kingdoms and Protector of the Realm may seem extreme, many followed and believed in her, including Tyrion Lannister and Varys. In the sixth season, the two men walk through the streets of Meereen, filmed in the charming coastal town of Peñíscola, Castellón, Spain. Spend days lazing on the beach or explore the old town and its towering medieval castle.

The romance of Grey Worm and Missandei gradually blossomed throughout eight series. Grey Worm first entered into Daenerys' service when she meets the Unsullied army for the first time. The meeting was set in the beautiful seaside city of Essaouira. Amble through winding streets of the medina and the 18th-century seafront ramparts of Skala de la Kasbah.

Dragonstone plays an integral part in the last few series of the show when Daenerys finally returns here in season seven. The storied, rocky beaches can be found in the Spanish beach of Itzurun in the coastal town of Zumaia. Visit here for dramatic views and long walks along the seafront.

At the end of series three, Daenerys conquers the city of Yunkai, freeing the city's slaves (yass kween) from their vicious overlords. In the real world, that city is Ait-Ben-Haddou, a mud brick city on the edge of the High Atlas Mountains in Morocco. If it looks more familiar than it should from one episode of GOT, that's probably because this ancient town has featured in plenty other big screen productions, including The Mummy and Prince of Persia (if only Jake Gyllenhaal was still wandering around shirtless…). Wherever you recognise it from, the UNESCO World Heritage Site is an impressive scene, and definitely worthy of the three-hour drive from nearby Marrakech.

If we had to list the top ten most unnerving scenes in the series so far (there's undoubtedly more to come), seeing Melissandre give birth to a shadow demon in a cave would be right up there. Step into the Cushendun Caves, located at the end of a narrow road on the east coast of Northern Ireland, and you can just about imagine it all going down, flickering flames and all. Visit after dark if you dare.

Ok, so you won't find the actual castle of the Eyre atop these towering stone cliffs, but they did provide inspiration for the epic setting of the jaw-dropping castle, and a backdrop for some of the scenes which took place there (even if they did have to be digitally added). Disappointment over the fact that the Moon Door isn't real aside (errr, no, of course we weren't thinking of tossing anyone through), a strenuous hike up to the top of the rock pillars will reward you with impressive views of the lofty landscape. If you want to recreate the entire dramatic journey to the impregnable castle up that narrow path, however, you'll have to head back to Iceland and seek out Thingvellir National Park - maybe that dragon could come in handy after all.

It may have only featured in one scene of Season 2, Episode 1, but this otherworldly tree tunnel called The Dark Hedges would be worth a road trip even if Arya Stark hadn't travelled it with Yoren, Gendry and Hot Pie on her escape from King's Landing. Planted over 200 years ago, the row of intertwined beeches lines an out-of-the-way country lane in Ballymoney, and is even more picturesque if you can catch it with an early morning mist. Speaking of early morning, that's probably the only time of day the tunnel isn't filled with bus loads of people (not to mention the buses they alight from), so we'd suggest getting up before dawn to see it devoid of tourists.

Discover More
13 Film Locations From The Crown (That Yes, You Can Visit IRL)
Read now