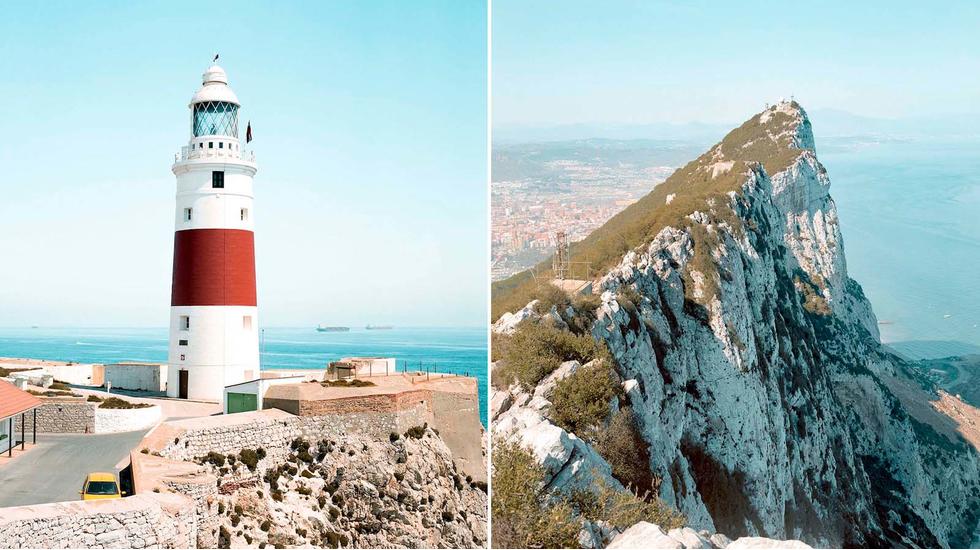 Gibraltar Gibraltar is one of the most densely fortified and besieged land areas in European history. The 6.7 square kilometre British Overseas Territory sits on the south tip of Spain overlooking the strait of Gibraltar, Morocco and the Spanish enclave of Ceuta. English is the official language but most residents also speak Spanish and the local dialect, Llanito. Also known as "Gib" or "the Rock", it has been British since 1713, voting in two referendums - in 1967 and 2002 - over whether to remain with the UK or unite with Spain.

On both occasions, the Gibraltarian people voted overwhelmingly in British favour. On 10 September 2017, Gibraltar's 50th anniversary of the 1967 referendum and National Day, Theresa May spoke to the territory in a recorded video message, stating "[…] on that day you made a choice, voting almost unanimously to remain British and it is right that we celebrate that choice today, 50 years on, at a time when Gibraltar and the UK are closer than ever before […] We will resolutely safeguard Gibraltar, its people and its economy and Gibraltar will remain British for as long as it chooses to do so". This related to recent discussions between the UK and Spain surrounding Gibraltar's status post-Brexit - 96 % of Gibraltarians voted to remain in the EU - and the persistent wish from Spain to reclaim the territory.

Gibraltar depends on the 10,000 workforce who cross the border back and forth from La Linea everyday to work in the shops, cafés and restaurants. With Brexit impending, the subject of national identity and patriotism is an increasingly loaded one, both in Gibraltar and all over the world. This series provides a snapshot into a small place with big questions on the horizon.