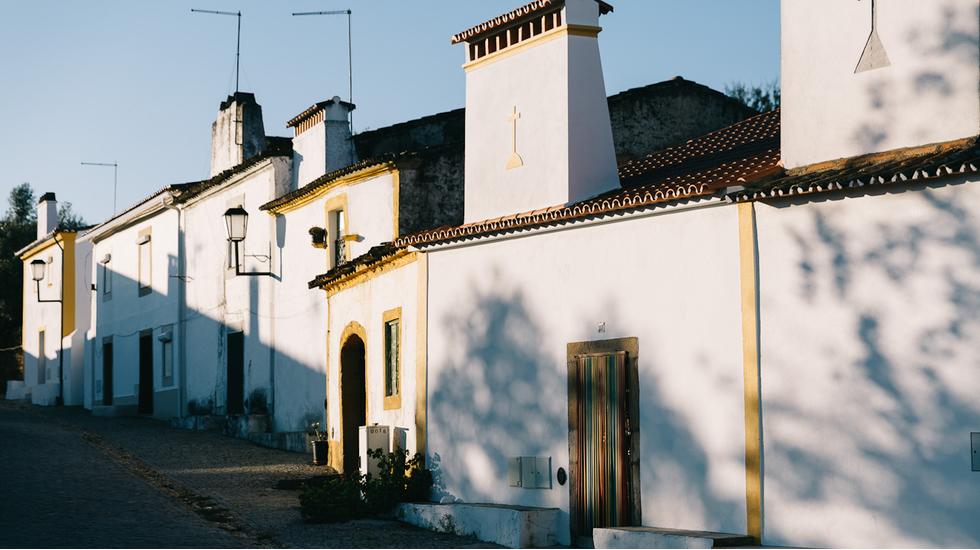 Photos by
On a Hazy Morning

Two Two hours south of Lisbon and just 10km from the Spanish border is Alentejo, the least populated region in Portugal that is becoming popular for its Atlantic beaches, said to be among the best in Europe. We visited during autumn, when there is still plenty of sunshine and temperatures are balmy.

We explored the inland part of Alentejo, an historic region with beautiful villages surrounded by empty plains, rolling hills and mountains - all covered with cork, oak, olive trees and vineyards. It's a peaceful area with friendly inhabitants who welcome small-scale tourism.

Marvão was one of the highlights; a small, medieval village situated on the top of a 843m mountain, on the highest crest of the Serra de São Mamede. Stroll through the narrow streets lined with white houses until you reach the summit - a castle on top of the hill.

Another jewel is Evora, a fabled city and UNESCO World Heritage Site. Visit the Roman temple, the Igreja de São Francisco and the Cathedral of Santa Maria. Historical highlights aside, a walk around the storied cobbled lanes is just as captivating. It's daily life that really captivates, from the traditionally painted houses to their cheery inhabitants.