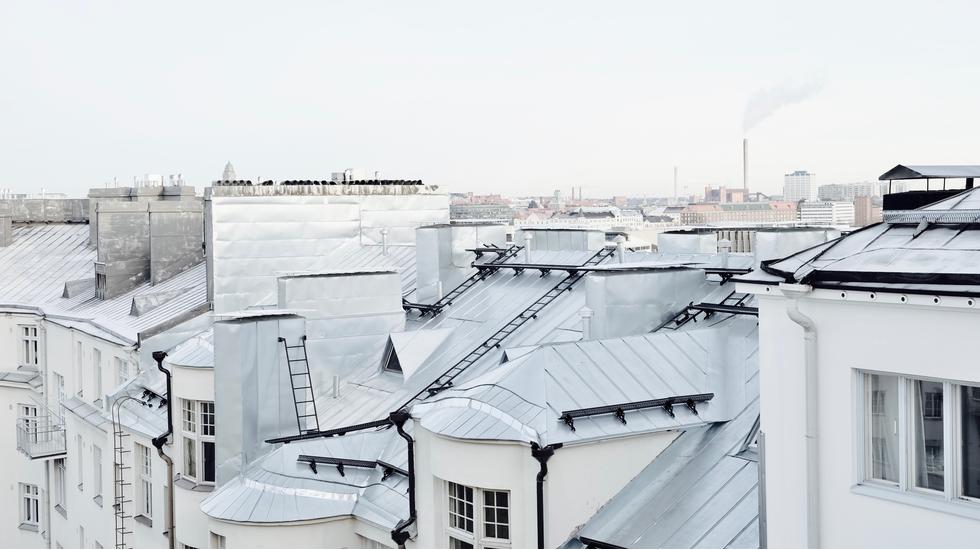 Between Between early starts, late nights and cramped commutes, it's no surprise that wide-eyed whimpers of "I need a holiday!" are commonplace. So why is it that more than half of us fail to take all of our annual leave? Prize yourself away from your desk (ft. incessant Slack notifications and pseudo-jargon like "synergy") and book a minibreak with those precious remaining days. Because really, your boss is never going to thank you for not taking holiday (if they notice at all, that is).

Once touted as Europe's most affordable capital, Sofia is an ideal weekend break for those wishing to explore more of Eastern Europe. While it hasn't completely rid itself of its Soviet past, peel back the brutalist block buildings to reveal golden-domed, Neo-Byzantine architecture, while a surge of independent restaurants and galleries that have recently taken root. Head to the Central Market to try a steaming plate of Bulgaria's national dish, musaka, full of gloriously rich aubergines. For dinner, snag a table at Made in Home, a modern eatery serving up a mix of Middle Eastern, Turkish and vegan fare. After dinner drinks should be taken up on the trendy Sense hotels rooftop with views across Mt. Vitosha. Ask for a shot of rakia; Bulgaria's national drink is an eye-winching 40% fruit liqueur that's often, somewhat oddly, served with salads.

A shining example of Nordic innovation, Helsinki is a design-driven, smart city that suits those looking for an inspiring mini break. The city itself is clean and compact, easy to navigate and brimming with lovely things like stylish skincare products, homeware and book shops. Start your morning the Finnish way with a steamy sauna; on the waterfront Löyly is a Helsinki institution that'll encourage you to take the plunge into the Baltic Sea before sprinting back to the dry-heat saunas, convinced that this bone-chilling ritual is good for the soul. Warm up over a cup of piping-hot coffee at Helsinki Coffee Roastery Coffee Bar. A top pick among caffeine connoisseurs, they buy their own beans directly from farmers around the world before roasting them in house. Stop by the Wild Café for a foraged mushroom pie before retreating back to hotel Klaus K, where interiors pay homage to Finland's national poetry compendium, Kalevala.

The heel of Italy is prime for a long-weekend jolly. Fiercely proud of their regional produce and responsible for supplying the majority of Europe with olive oil (there are more olive trees than people) and pasta, loosen trouser buttons and indulge in a gastronomic tour. Hiring a car ensures you get to see the sun-bleached walls of Ostuni, the "Florence of the baroque" Lecce and the reincarnated Matera; home to former cave dwellings that have been repurposed into a cultural haven. Gorge on platefuls of Mama's orecchiette (ear-shaped pasta), mopped up by rounds of focaccia smothered in roasted cherry tomatoes and olives. Bed down at the 19th-century farmhouse Masseria Fumarola topped with trullis (conical roofs) for a tiny slice of rural, Italian life.

Mainland Greece is often overshadowed by its swankier island neighbours, but don't overlook a stay in Pelion. The hidden peninsula perched in between Athens and Thessaloniki is the ideal location to switch off and recharge. Mega-resorts and thumping nightclubs are replaced by welcoming, whitewashed Ottoman guest houses and jovial tavernas. Strip off and take a dip in the Tiffany-blue waters of Mylopotamos beach, follow the snaky path through the verdant pine tree forest to reach an almost-always deserted stretch of bleach-white pebbles. Legend has it that the 12 gods of Mt Olympus used to holiday here, so if it's good enough for Zeus, then it's good enough for us too.

A recent facelift and the addition of a multi-million pound port has raised Tangier's profile in recent years. A thriving café culture, boom in artisan galleries to join long, sweeping beaches has allowed its cosmopolitan capital city credentials to shine through. Get lost in its bustling back streets and Moorish medina while hunting for traditional tea glasses, intricately woven cushions and rainbow kaftans. Bartering is thirsty work; sit back and enjoy a sweet tea with freshly crushed mint leaves on one of Café Hafa's tumbling balconies. A long weekend visit gives you enough time to make the 45-minute drive to the neighbouring fishing village of Asilah, known for its outstanding beaches. Be sure to visit the striking Plage Des Coves.

Avoid wasting precious annual leave days battling with budget airline delays and strict baggage regulations and book yourself on a London staycation instead. Savings made on air fares can be converted into sumptuous, luxury upgrades. If you haven't checked in to the capital's latest all-singing and dancing boutique hotel L'Oscar, now is the time to do so. Boudoirs are ravished with swathes of chocolate box purples, emeralds and ruby reds with decadent gold-thread headboards. Top-level suites boast fit-for-two freestanding bathtubs, marble showers that transform into steam rooms and a 24-hour butler. Put smartphones on airplane mode, summon champagne and enjoy being a diva on home turf.