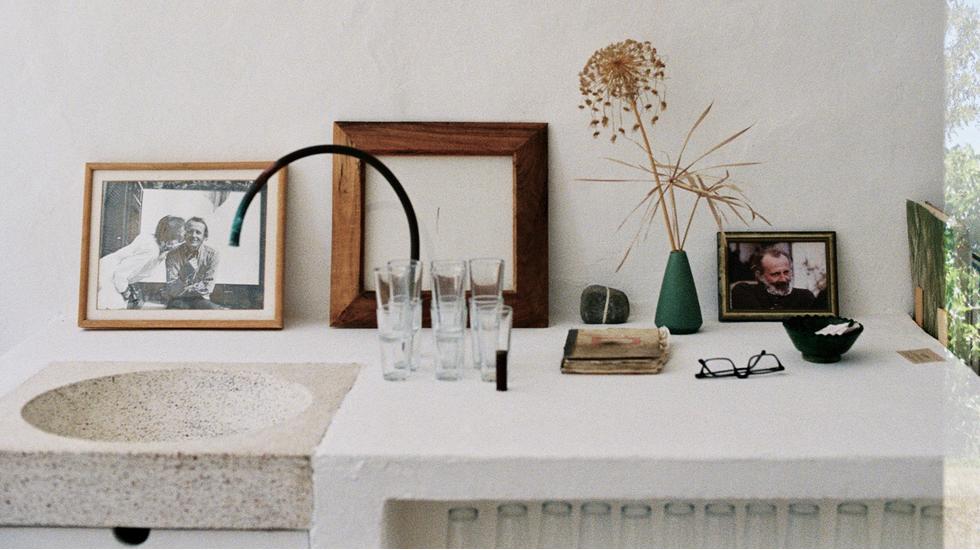 Born Born in 1925 in Germany, the abstract artist Eduard Micus lived for several years in a cabin on the woodland outskirts of Höxter, in the north-west of Germany, painting from morning to evening.

In 1948, the artist moved to Stuttgart and exhibited his work alongside that of Emil Nolde, Karl Schmidt-Rottluff and Erich Heckel. He was fortunate in becoming the student of Willi Baumeister at the Stuttgart Art Academy for four years. In the late 50s, Micus found himself among a group of architects, forging plans for houses, cities and walls. He built chairs, made pottery and developed wood carvings. He experimented with colour, plastic, cloth and threads. Micus built stairs out of steel and sculptures with forms that appeared human when moved by the wind.

Fuelled by a desire to retreat from the political conflicts surrounding art, the artist moved to Ibiza in 1972. In Jesus, towards the south of the island, he built an ambitious space that was his home, studio and showroom for many years. After Micus's death, his daughter, Katja, turned the building into a gallery, Espacio Micus, to display her father's artworks, as well as to introduce exhibitions throughout the season by internationally recognised contemporary artists.

Katja kindly allowed me to take photos of the wonderful Espacio Micus.