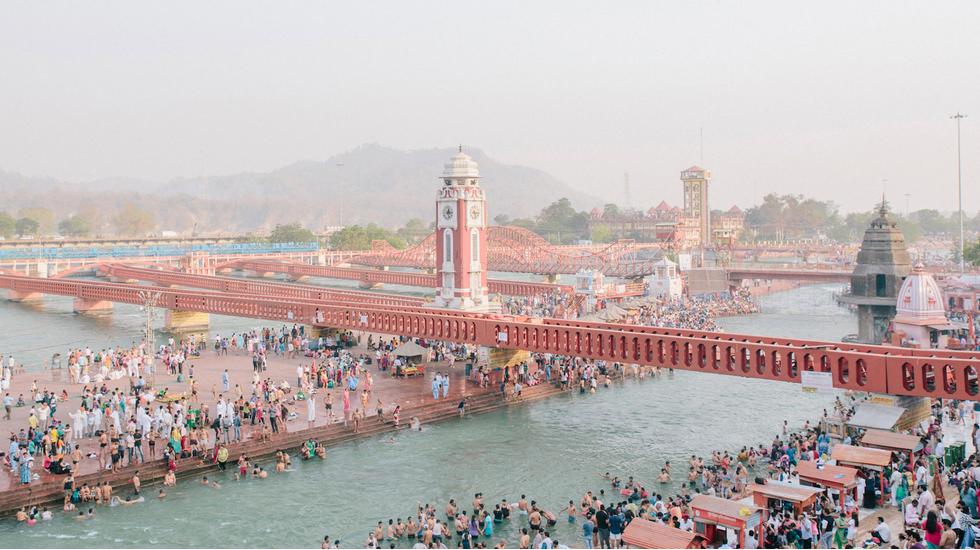 The The decision to travel to Northern India was a somewhat intimidating one. It's supposed to be the most intense part of India; chaotic, noisy and overpowering.

But I was looking for a completely different world - and that is what I got. There are many clichés, but main thing I experienced was that Indian people are generally very curious. Once, my girlfriend and I were standing on a train platform and seven men formed a semi-circle around us, just staring. They didn't mean to be hostile - they were genuinely interested - but it was unnerving and I worried about how I was going to capture good images amid all the attention.

But after a while I learnt to let it wash over me and began seeing the beauty in the madness. I experienced the kindness of the people, whose spirituality is deeply rooted in a culture of reincarnation. I became more confident and unfamiliar surroundings took on a more nuanced reality.

Every person has a story, and there are people everywhere. Legend has it that when the Hindu Goddess Sati died, her consort Shiva cried so much and for so long that his tears created two holy lakes. Around one of them, the city of Pushkar was built. The other is at Ketaksha, which means "raining eyes" in Sanskrit. This is just one of the magical stories I heard. Indians have their own way of saying yes by shaking their head from side to side - and growing moustaches, a symbol of power and a high social class. It's these little things that you start to appreciate once you delve a little deeper.

India taught me even the most unknown places hide something familiar. Cultures might be so diverse, but aren't we all trying to express the same thing? Managing to feel at home in a place so different from what you know changes your world perspective.

Sometimes we feel a need to travel the lands and seas, but eventually we go back to our homes and our families, wherever they may be.