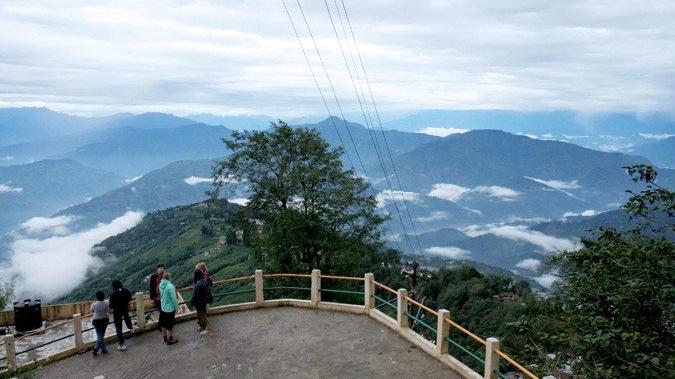 I'd I'd never been to anywhere like India before I took a month-long trip there in 2011, I'd mainly stuck to Europe. The strict preparations, like visas, vaccinations and malaria pills, plus packing as light as possible, slightly daunted me but looking back, the trip was one of the best in my life.

We flew to Calcutta where we stayed in the office accommodation for the Goodricke tea plantations (found further up in the West Bengal region), and were looked after by Biresh, who worked for Goodricke, and showed us the ropes. Calcutta, or Kolkata as it's known as now, is a heady mix of old-colonialism, extreme poverty, and very intense sounds and smells. We stayed there for 5 days before taking a small plane up to the mountains, and a hair-raising drive up into Darjeeling, where most of the tea plantations are found, but also where a large Nepali population have settled, making for a change in the diversity of food and customs from Calcutta. The people in Darjeeling are petitioning to become an independent state - Gorkhaland - so that they can keep more of the income, instead of it being squandered by the cities further south in West Bengal.

Darjeeling really stole our hearts, and we stayed there for the majority of our total trip, enjoying mango lassis, visiting the plantations, taking the toy-train around the mountain-side to visit an acquaintance who showed us the forests near his self-built house…

We sadly then had to get back down to the flatlands in order to continue our trip, again flying in a local plane across to Delhi where we got a night-bus up into the other side of the Himalayas, staying in Manali - a place Indians take their holidays a lot in, due to it's relaxed attitude towards alcohol and other vices, as well as less humid climes and more into nature. I recommend anyone going, to stay in the Sunshine Guest Hotel, slightly up the road towards Old Manali (in which you can buy tie-dye t-shirts to your heart's delight), where the decoration (and gorgeous, well-kept garden) is unfussy, old colonial and relaxing - their kitchen will cook most times of the day whatever you'd like - we caught some trout in the nearby rivers which they happily transformed with their Tandoor style.

We had one last venture up into the hills, to a town with no roads or transport links except the one we took - a steep, unsteady walk up from a quarry - to see naturally forming hot springs, before we had to find Delhi again in order to fly home, a very refreshed and opened-eyed pair of people.