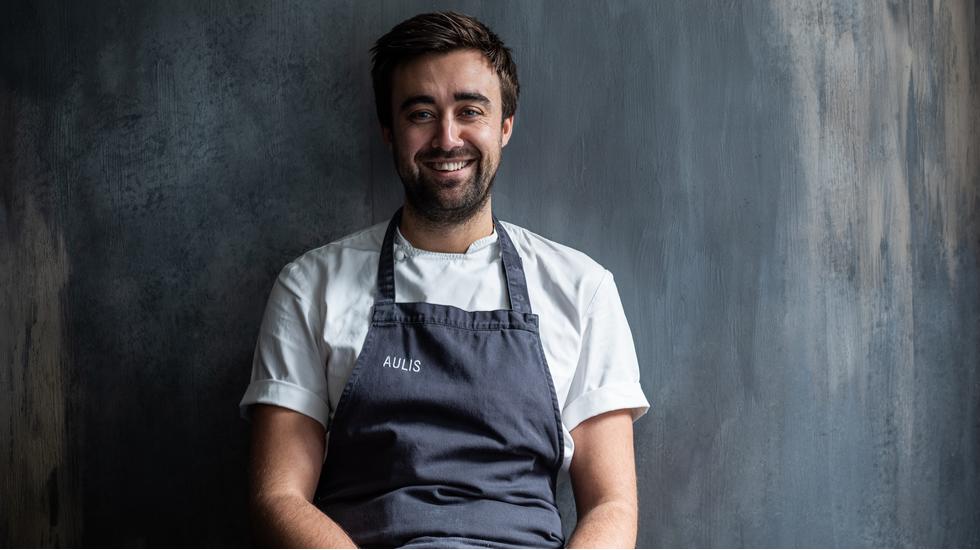 Having Having cut his teeth in the kitchen under the watchful eye of Simon Rogan (of L'Enclume, Rogan & Co and Roganic fame), Oli Marlow has one of the most sparkling culinary CVs we've ever set eyes on. To an all-star line-up that includes Chewton Glen, The Fat Duck, Eleven Madison Park and Maaemo, the 31-year-old adds positions as executive chef at Aulis, London - an eight-seater chef's table experience - Aulis, Hong Kong and Roganic, Hong Kong, which won its first Michelin star in January 2021, as well as Hong-Kong-based bakery-come-natural wine bar The Baker and The Bottleman.

Dividing his time between the UK and Hong Kong, Marlow focuses on simple and seasonal British produce underpinned by unique flavour combinations. Here, he talks us through the best of Hong Kong, from how to spend the perfect day in the city and where to snap up the best street food, to his favourite haunt for wonton soup.

When's the best time to visit?

Between September and December, when the weather is lovely - not too humid - and there's loads going on in the city.

I'd get the No.40 bus to Repulse Bay and drink Aperol spritz on the beach all day, then head back central for yakitori - a traditional snack of grilled chicken on a skewer - in the evening.

Where can we catch the best sunset views in the city?

Maxime Gilbert and the team behind Écriture have just opened a rooftop bar called Plume. The view of the skyline from its terrace is breathtaking.

It's Saturday night in Hong Kong. Where should we head?

Yardbird is a fantastic Japanese izakaya-style restaurant along the harbour from Roganic. It has great food, great beer and a fun, lively atmosphere. It's good to go with a big group of friends so you can try everything.

We're hungover. Where shall we go for a long, lazy brunch?

When I'm feeling a little worse for wear, a bowl of wonton soup is the best thing. Mak Siu Kee is a traditional wonton noodle soup joint near Causeway Bay. Expect generous portions of rich broth laced with chewy noodles and bursting with flavourful wontons.

What about coffee on Monday morning?

Halfway Coffee is a great spot. The top-notch coffee is served in beautiful vintage porcelain cups.

Tate Dining Room comes to mind immediately. Vicky Lau's menu is the perfect blend of French and Chinese cuisine, and the pastel-pink interiors are stunning. The wine flight, which is mostly French, makes the perfect accompaniment.

In Causeway Bay, where our restaurants are based, you can get roasted chestnuts. They're done in a wok with charcoal, and the smell always makes me think of Christmas back home.

Egg tarts are absolutely delicious. They're filled with rich custard, a bit like a Portuguese pasteis de nata, and you can find them in bakeries on almost every street corner.

The Dried Seafood Market on Des Voeux Road West. You'll find old-school vendors selling dried fish and abalone. It's pungent, to say the least, but well worth a visit.

One thing we shouldn't miss while we're in town?

Take the tram up to Victoria Peak. It's the highest point in Hong Kong and the views are something you don't want to miss.

Lamma Island is a great one for getting out of town for the day. It's just a 25-minute ferry ride from the city, with brilliant views and some great seafood joints along the waterfront.

Finally, what's in your SUITCASE?

Shorts, English snacks and a couple of practical outfits. I travel very light!