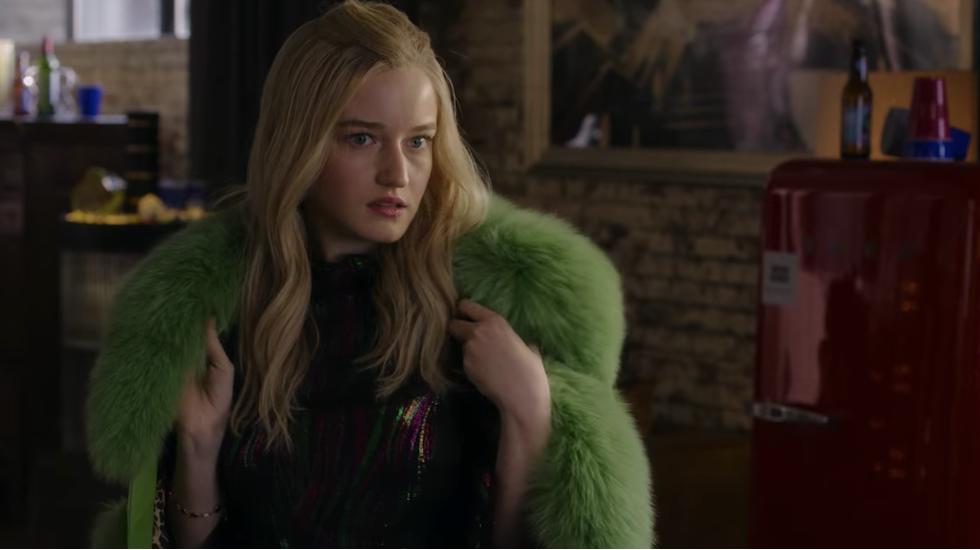 It's It's official: we're (rightly or wrongly) obsessed with Inventing Anna. Set between 2013 and 2017, the globally trending Netflix true-crime series tells the story of the Russian-born German fraudster Anna "Delvey" Sorokin - the fake heiress who scammed her way through the Big Apple's social scene and beyond. Adapted from an article written by Jessica Pressler for New York Magazine, the nine-episode drama transports us from the comfort of our sofa to Manhattan's stylish sidewalks and Marrakech's colourful souks.

Sure, the real Anna's tactics don't get our vote, but we can't help but fantasise over the glitzy destinations that were the backdrop of her sneaky shenanigans. Read on for our favourite Inventing Anna locations that you can visit IRL.

Behind the scenes: six stunning destinations from Netflix's Inventing Anna

In episode six, we watch Anna jet off to Marrakech with close pal Rachel for a girls' getaway. Scenes take place at the actual hotel Sorokin stayed at, La Mamounia - where the real Rachel DeLoache Williams was left footing the £45,000 bill. Having opened in 1923, this bohemian boutique property offers 206 opulent rooms and suites, all set amid vast, beautifully manicured gardens lined by citrus and olive trees. Interiors fuse a traditional yet contemporary aesthetic, with the decor having recently been upgraded by prestigious Parisian design firm Jouin Manku. Just a stone's throw away is Marrakech's old town, so afternoons are best spent exploring the colourful corners of Djemaa el-Fnaa Square.

Lusting after that iconic gold-backsplash marble bar that appears in the first few minutes of the series? Marea is where you'll find it. Situated on Central Park South, this intimate restaurant is an idyllic spot to sip an expertly crafted cocktail (the whisky-based Spiced Lad gets our vote), but the real star of the show is the Italian-style seafood menu. Peel yourself away from the bar stools and settle down with an extra-large plate of oysters to start, served with cucumber mignonette and lemon. Later, justify dessert with a post-prandial stomp around neighbouring Central Park.

The sister to Stockholm's swankiest gallery, Fotografiska is where Anna attempts to score funding for a private club and art foundation. When it opened in 2019, the space, brainchild of brothers Jan and Per Broman, took the Park Avenue art scene by storm. Housed in the 1890s-era Church Missions House, the building spans six floors, three of which are dedicated to photography exhibitions. Swing by to catch Andy Warhol Photo Factory (until 20 February), or check the website for other upcoming events.

Located on the north-eastern edge of Staten Island, Snug Harbour Cultural Centre & Botanical Garden was where filming for the series was first spotted. Originally, built in the 1800s as a retreat for retired sailors. Today, it's considered America's largest and most ambitious adaptive reuse project, comprising nine botanical gardens and 23 historical buildings, all of which are protected. We'd suggest visiting on a Saturday to join one of the Compost Site Tours, which shows how the city's food waste is being put to good use. Getting to the centre is half the fun. From Lower Manhattan's Whitehall Terminal, you'll take the 25-minute ferry to Staten Island, gliding past the Statue of Liberty en route.

From Marilyn Monroe and Helmut Newton to Lindsay Lohan and Britney Spears, the legendary Chateau Marmont has hosted every notable name you can think of, so it's no surprise that Anna set her sights on it. Sitting pretty on the Sunset Strip since 1929, this Hollywood hideout has a handful of hidden entrances for guests looking to stay out of the gossip columns, while rooms showcase a dark and stormy palette: think antique furnishings, vaulted ceilings and artfully distressed bathrooms. Book here for plenty of poolside lounging and fine al fresco dining.

The setting for most of Delvey's fundraisers and social events, the Lincoln Centre is a sure bet when you want to take in an outstanding evening of performing arts. Hosting upcoming and legendary artists, it's the place to catch the likes of the New York Philharmonic, New York City Ballet and Metropolitan Opera. With multiple daily events, it makes sense to check the website in advance of your visit to see what tickles your fancy. Not in town anytime soon? Look out for its live-streamed events.