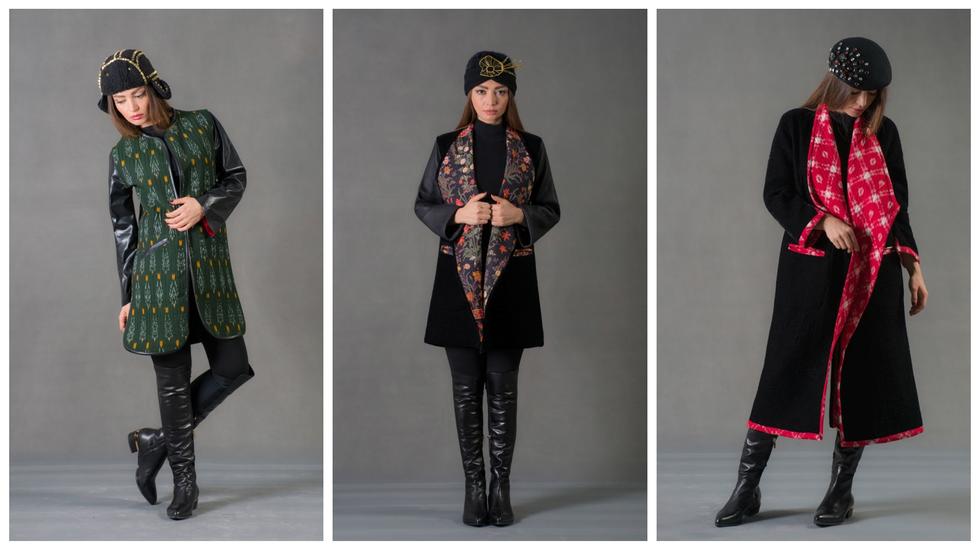 Iranian Iranian culture is a curious medley of Islamic, Persian and Western influences. It was, in many ways, the cradle of civilisation: Iranians were writing books while people in West still played with fire. Even today, the country prizes education and cosmopolitanism. Its cultural tapestry separates from the rest of the Middle East; its people speak Farsi (not Arabic) and adhere to the Shia branch of the Islamic faith (as opposed to the Sunni Islam practiced in areas such as Saudi Arabia and Iraq).

Yet the country's 1979 Islamic Revolution saw the booting out of the ruling Shah who was then considered too corrupt and Western-influenced by the religious clergy. Instead, there was a return to Islamic purity and a clamp down on Western dressing. Where Iranian women had once dressed in a similar fashion to their American counterparts, vibrant garments and anything perceived to be emulating Western clothing or promoting sexuality was restricted. The hijab became legal requirement.

So, while fashion designers in secular societies experimented and flourished - bound only by trends and sales figures - Iranian fashion designers were constrained by theocratic law. Most stayed within the guidelines, but, inevitably, others began to rebel and push boundaries. The internet aided this sartorial rebellion, transcending national borders and proving difficult for the state to police.

Earlier this year, as Iran scaled back its nuclear programme and the UN lifted socio-economic sanctions against the country, its fashion industry has once again fallen onto the global stage.

Overseas brands wanting to tap into the Iranian retail appetite - predominantly Italian - have eagerly opened franchises across Tehran. Yet Iran has a fashion pulse of its own, with a rich textile history, an eerily beautiful aesthetic and colour palette. The Iranian fashion industry is finding it feet, overcoming morality politics and pushing the boundaries with creative spirit.

We look at five Iranian brands that have got the industry talking.

Meaning 'pomegranate' in Persian, this colourful brand was founded by Anousheh Assefi in 2006 and updates traditional Iranian fashion with a contemporary pallet. Anar specialises in scarves and manteaus - a type of overcoat that is worn by Iranian women. While its emphasis is on style, modernity and beauty, it still adheres to Iran's more traditional dress code.

This elegant brand will push your wardrobe choices outside the box. Designer Farnaz Abdoli's mission is to create beautiful clothing that does not conflict with Islamic dress codes. Each season she merges global styles with cultural dress, placing a huge emphasis on colour and sophistication, tailored to a woman's figure.

Despite migrating from Tehran to Canada aged 16, Arefeh Mansouri has stayed true to her roots in her designs. Her clothes are the perfect example of Iranian clothing made palatable to a Western audience, employing Persian fabrics, shapes and opulent colours. It harks back to Iran pre-revolution, where decadent clothing and feminine sexuality were celebrated. Her bridal collections invoke Persian daydreams, with mesmerising use of embroidery techniques and silks.

Touted as one of the leaders of pioneering fashion in Iran, Naghmeh Kiumarsi's creations blend contemporary aesthetic with Iranian tradition. The modern, stylish clothing is laced with remnants from Iran's rich history, such as its calligraphy, poetry and geometric pattern. While Kiumarsi sought to target the Iranian woman, her creations have gained global recognition, taking her brand to UAE and Edinburgh.

Launched by Shirazi Maryam Vahidzadeh in 2012, Radaa's playful aesthetic using colorblock and bold accessories is aimed largely at a younger clientele. Vahidzadeh encourages Iranian women to express themselves through their own cultural prism rather than looking to Western brands for style and is loath to sacrifice comfort for style.