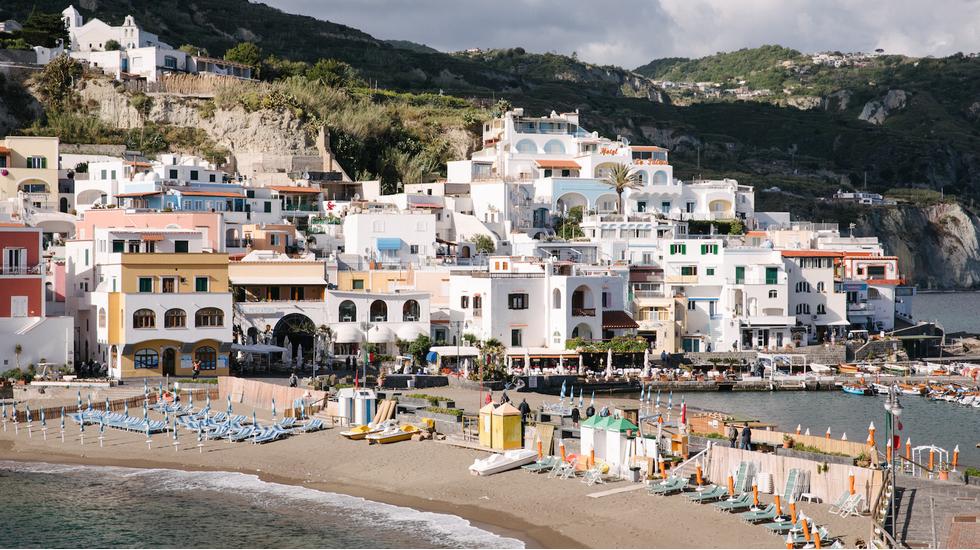 We We arrive in Ischia some time after lunch. It's a refreshing antidote to glitzy Capri, where we have spent the last couple of nights. The island's blend of lazy beaches overlooking the Tyrrhenian Sea and slow-paced mindset speak to us weary travellers.

I question whether the coastline might be part of a daydream. My companion's response is quick and exacting: "No, just an Anthony Minghella movie."

Cinematic references have been hurled at this sun-drenched isle since Gwyneth, Matt and Jude showed up to film The Talented Mr Ripley in 1999. Despite the clichéd comparison, its filmic quality is undeniable.

Nevertheless, Hollywood acclaim ranks second to local backing. As Neapolitans favoured summer spot, Ischia scores 10s all round. Visitors can sunbathe on the sandy shores of Spiaggia dei Maronti, rejuvenate in the cavernous volcanic thermal spas or climb to the 15th-century fortress of Castello Aragonese. This island may be small, but its personality steals the show every time.

Discover More
What to Do in Ischia, Italy
Read now