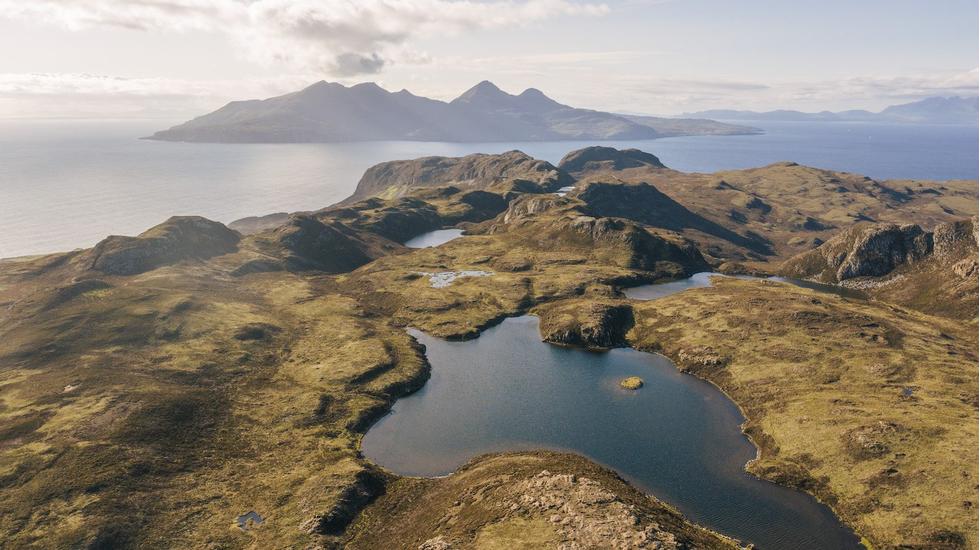 Eigg Eigg is one of the Small Isles, part of the Inner Hebrides. While much less famous than its over-visited neighbour of Skye, it stands its own ground when compared to the gloriously epic vistas of Scotland's other islands and Highlands.

I first visited the enigmatic Eigg in the summer of 2016 at the very start of a photography project called As I Found Her, in collaboration with the islanders. During my first visit, I became so deeply entwined with the island and its inhabitants, that the day I left I wept silently as the idle rolling of the ferry drifted me back to the mainland.

The isle has a way of embedding its hooks gently but deep. I haven't been the same since I left, and I need to return whenever I find possible. I made these photographs last summer while there for seven days. It rained with as much wintery intensity as any squally mid-January morning, the weather is wild and rewarding far up there in the west, and when the storms broke, the isle blessed us with two beautiful days.

On day one we hiked up An Sgùrr, the largest of the hills on Eigg, the one that characterises the island's silhouetted outline. The Sgùrr is roughly 58 million years old and was created by a volcanic eruption that both divided the isle and formed the hills of the second day's hiking - these cliffs of Sgorr an Fharaidh offer unparalleled views out across the Sound of Rùm and to Rùm itself.

Caves and wrecks can be visited at low tides on Eigg and, if you time it right, you can find yourself at a traditional cèilidh or even a music festival run by the Inner Hebrides' only record label, Lost Map. Those among us who are most lucky will find themselves atop of the An Scùrr alone but for the wind and weather.