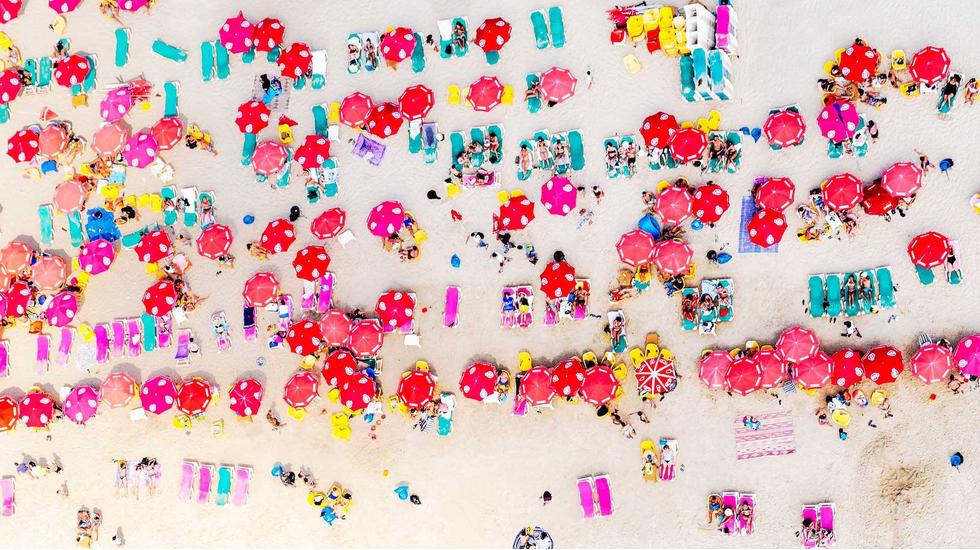 Before Before I first travelled to Israel, the country existed in my mind as a place of mystery and intensity - an image based upon the anecdotes of my friends who had previously visited.

It was a scorching summer when I arrived in Tel Aviv. In the heat, I could feel a sense of energy and life. In this series, I explore the vast city as well as Jaffa and Jerusalem. My images were often captured from a doorless helicopter. Taking off from a small airport, we flew over the bustling coastline, passing Jerusalem and the Judaean Desert to the serene and silent Dead Sea.

As we cruised in the hot desert sun, the juxtaposition between these differing areas was so dramatic that I felt slightly overwhelmed. I was drawn to the heavy formations of salt on the shoreline. The unfolding extraterrestrial colours quickly became my new palette.

When the pilot pointed across the sea toward Jordan, I felt the weight of the region's history. My sights were focused on unraveling a story below us.

Now I understand what my friends meant when they had told me that Israel was "intense" - it brings together so many aspects of the human experience and our existence. As I continue to travel throughout the world, I will forever seek a place that brings together so much energy, excitement and joy.

Discover More
Beyond the Headlines: Travelling Towards a United Israel
Read now