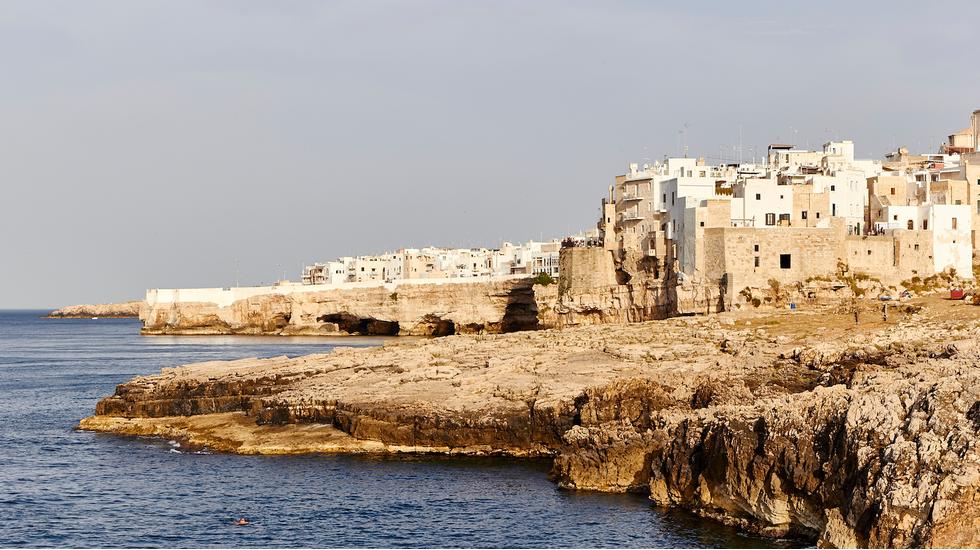 Puglia Puglia in southern Italy has an alluring beauty that draws you in with its uniqueness.

The sparkling Adriatic coastline and grottos that run along the coastal towns of Polignano a Mare and Monopoli down to the sun-drenched Salento coast at the heel of Italy's boot, are only a glimpse of why the region is so special. It's the warm-hearted people, their reverence for the land and sea in their cooking and an ever-present dash of old-world charm.

Puglia produces over 50 per cent of Italy's olive oil. As you look out from the hilltop town of Ostuni - known as the "white city" due to being completely whitewashed - the countryside and its ancient old olive groves stretch as far as the eye can see. In recent years, however, the centuries old trees have been affected by bacteria which leaves them looking burnt. There is currently no known cure.

Getting lost in Ostuni's medieval alleys is part of its charm; balconies and terraces overflow with magenta bougainvillea and the town is pin-drop quiet during siesta time. It's a bleached oasis that appears to have popped up out of nowhere among contrasting red-earth surroundings.

Tucked away in the Manduria countryside lies Masseria Potenti, I had been dreaming of visiting ever since I stumbled across a photo of the 16th-century farmstead turned masseria that was originally owned by a powerful imperial family. Fields filled with olives groves, grape vines citrus trees and a large kitchen garden surround the fortified property. A mix of lavender, rosemary and citrus scents hang on the breeze and the sound of cicada's hum in the background.