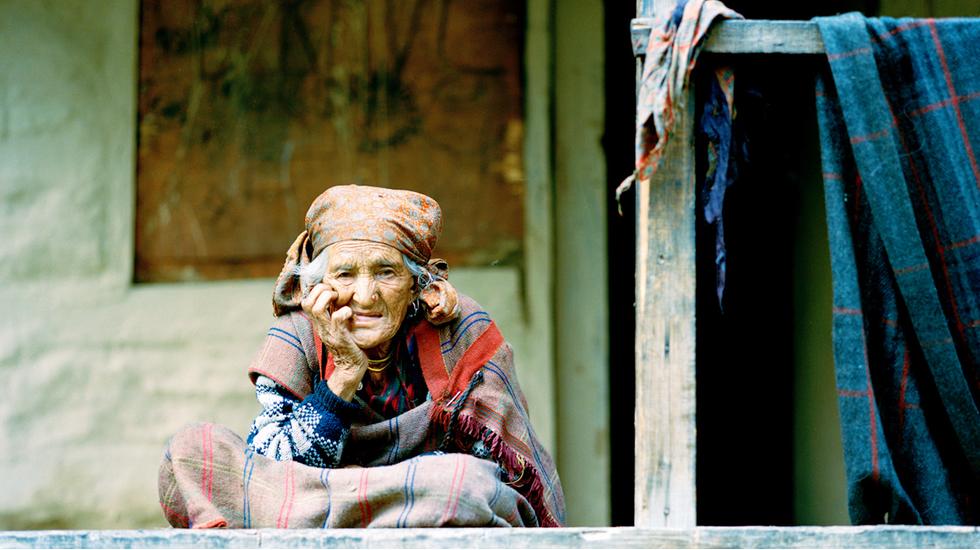 I I am travelling to Malana, an ancient, solitary village tucked away in the upper reaches of the Himalayas. Wedged in the Parvati valley of Himachal Pradesh in India, I have to trek across narrow, precipitous trails for hours on end; painterly views ease our aches and pains at varying junctures.

The aim of my wandering is to photograph the festival of Malana Shaun, celebrated on 15 August every year. Documenting this spiritual pilgrimage, I capture images of Malanese people and outsiders connecting in union and spirit to worship the same god, Jamadagni Rishi.

A rich storehouse of fables, myths and legends, Malana's holy mountains echo with music during this festival. In rhythmic time, men begin to dance and draw out their chillums (straight conical pipes) to smoke potent Malana cream.

A place, steeped in history, Malana people are said to be descendants of Alexander the Great's army. Believing themselves to be pure Aryan (Indo-Iranian), the language spoken here is Kanashi, a mixture of Sanskrit and Tibetan dialects, and that is said to be left by the devil as a momento.

Suspicion and ritual is woven into daily life. The children of the village are most fearful of "outsiders" because of their supposed impurity, believing their negative energies will be passed onto them if they are come into physical contact. In these instances, sheep will be sacrificed to restore purity in the village.

On the second full moon following their birth, newborn children are showered in ice-cold water at night, directly under the light of the moon. A practice which is particularly difficult for infants, many will not survive. Those who do are declared as strong enough for the climate; they are the true members of the Malana tribe.