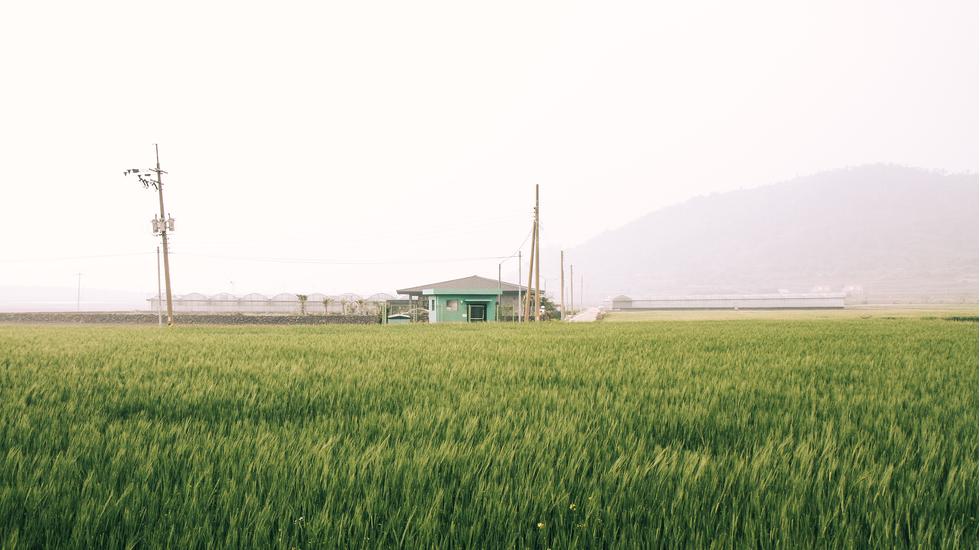 Before Before leaving for South Korea, I asked my Korean friend living in London which places I should visit. "Jeju Island!" she replied, without hesitation. I wondered how she could be so certain.

Jeju-do was not the place to go for a typical South Korean experience; the island is one of the country's few corners where the infamous high-speed ppali-ppali (meaning "quickly, hurry up, faster!") culture is less prevalent. The slow pace of life on Jeju has earned the island a reputation as an escape from the mainland.

The coast is the obvious attraction. In the north west, the nearby island of Biyangdo paints an idyllic backdrop to a fishing village, a lava field, a cactus farm and flaxen beaches. Oreum are another principal feature of the landscape - there are more than 360 of these volcanic hills across the island.

Away from the tourist hotspots and sea-view cafés, however, you're reminded that Jeju is still a very rural place, famed in the most part for its citrus orchards. Fields are demarcated by low drystone walls, or batdam, which cast a web across the landscape and give a sense of openness. Much of the island is modernised, but in parts such as this, it feels as if unchanged for centuries.

Yet more than anything, this is an island that pleases all who visit - whether hiking up Hallasan mountain, watching sunset from the edge of a crater or skirting along the winding coastal "olle" trails. Everyone visitor enjoys Jeju in their own way, giving each place here a significance of their own. My friend was right; now that I've visited and explored for myself, I realise how she could have been so sure.