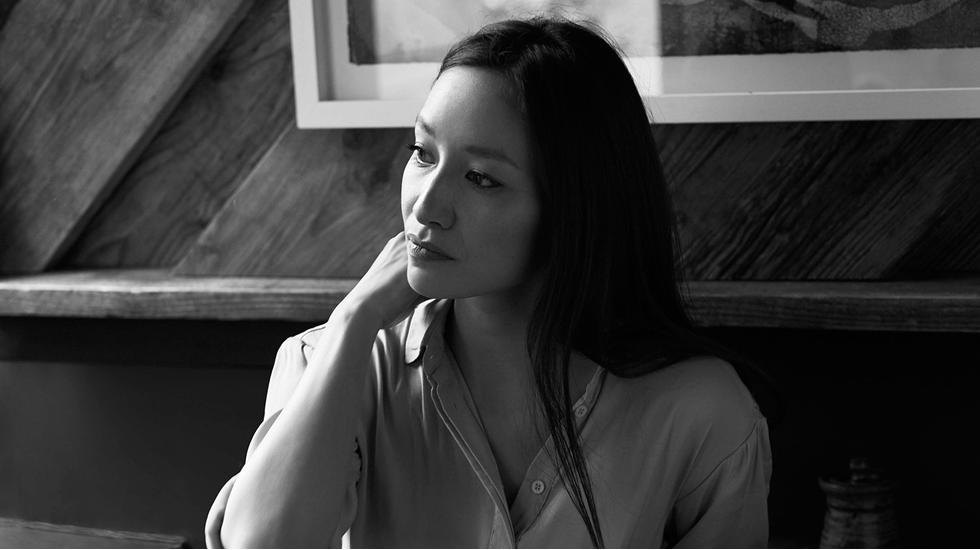 Joanna Joanna Natasegara set up her UK-based production company and ethical consultancy, Violet Films, in 2014. Since then, she has produced and achieved an inconceivable amount. Virunga, the Oscar-nominated true story of the rangers risking their lives to save Africa's most precious national park and its endangered gorillas, was Violet Films' first endeavour. Alongside the gripping exposé's release, Natasegara led a global campaign - backed by Leonardo DiCaprio, an Executive Producer on the film - which successfully stopped a British oil company from illegally exploring for oil in Africa's oldest national park.

Violet Films' short documentary film, The White Helmets followed soon after. Working with charity partner The Syria Campaign, it elevated the profile of the heroic work carried out by Syrian rescue workers and went on to win the Oscar for Best Documentary Short in 2017, Netflix's first-ever Academy Award.

Fast forward to 2019 and The Edge of Democracy, a political documentary-cum-personal memoir exploring the truth behind the unravelling of two Brazilian presidencies, became Netflix's second most-watched documentary of all time. Released that same year, Evelyn, a highly personal work directed by Orlando von Einsiedel, who, engulfed by the suicide of a brother, embarked on an odyssey across the UK in an emotionally trying, visually sublime journey toward healing.

Violet Films' most recent offering is The Nightcrawlers - an unflinching portrayal of Filipino President Rodrigo Duterte's war on drugs - created with National Geographic. Though broaching weighty themes, it is Natasegara's optimism and a prevailing sense of justice - "belief that perhaps if people know about a wrong, they will collectively stand to stop it if they can" - that drives her work.

Here, we meet the innovative producer and explore her cinematic world, high-profile collaborators, the purpose of her film making and the producer's most memorable adventures. "I have travelled so much over the years," she says. "I can't imagine doing my job without travelling. I think it keeps you humble and open."

Where are you from and how has your background shaped and inspired you?

I am a tri-heritage Mancunian who has lived in London for more than 15 years. I think I'm a sponge when it comes to absorbing new places and people.

You founded your UK-based production company, Violet Films in 2014. What was the catalyst for its creation?

To be honest, it wasn't particularly intentional, I hadn't anticipated the rate of growth we would achieve; it was always just about getting on with the work.

Since then, you've made three feature-length documentaries, two of which received Oscar nominations. What do the Academy's acknowledgements mean to you?

I'm proud of our films and the teams who have made them. Each film is a huge labour of love for the contributors, crew and directors. Without exception, they each further the understanding of humanity in some way, so any recognition of that is always welcome.

When The White Helmets received the Oscar for Best Documentary Short in 2017, it was Netflix's first-ever Academy Award. Fast forward to 2020 and Netflix has received the most Oscar nods of any studio for this calendar year. On reflection, what impact do you think your film's win has had on both Netflix and the film industry at large?

I have no idea if we had any impact on the industry, but it's lovely to see so many strong short films coming through in these past few years. It's a great discipline to make a short film and much harder than people think.

I think where we had an impact with The White Helmets was in helping more people to learn about these heroes - it feels especially as we now celebrate our own frontline responders in the NHS and beyond. People like this should be the people we look up to always.

As for Netflix, I have no doubt it'll go from strength to strength with its content. I enjoy working with them hugely.

Do you feel new methods of distribution are allowing documentarians to be more experimental in their approach to film making?

Yes and no. Traditional streams of income are closing down for the broad swathe of filmmakers, both documentary and narrative. Yet streamers have shown that there is a market for almost every kind of content, so we must work to protect its diversity.

Tell us a little about your approach to project selection…

It's all about inspiration. I'm inspired by those who commit themselves to changing the world against all odds. It's a recurring theme in my films. We so often believe that we are powerless to change the status quo, but these people prove that theory wrong. It's humbling and empowering.

Does your job as producer shift from film to film? If so, how?

Every film is different, but generally, I need to work across tasks big and small. A producer's job is procedural, technical and financial but also hugely creative, emotional and intuitive - it's a little like motherhood, knowing when to step in and when to step back.

What drives you in your work?

The ability for people to fall in love with our contributors, no matter where in the world they are, is priceless. There is so much that divides but even more that binds us and. as simple as that sounds, my work is about finding those points of relatability across continents. We have found that once people understand the problems faced by our contributors, they very often want to help them, or in some cases to change their own lives for the better.

Which of your documentaries are you most proud of and why?

That's like asking someone which of their children they love the most; I couldn't possibly choose! I am most proud of the impact achieved with the films - protecting Virunga against an oil company seemed impossible when we started but we managed it... and seeing individuals' lives changed by watching Evelyn stays with me. It's a very brave film directed by my dear friend Orlando von Einsiedel about the aftermath of his brother's suicide. It's deeply moving.

Often the directors attached to the works you produce have their own personal connection to the film. How can that closeness help and hinder a film?

There is nothing more generous for a director to do than put themselves and their vulnerabilities on screen. As a producer, I can help with perceptive issues, but mostly I just feel honoured that someone trusts me to help them share such intimate feelings and thoughts - they must be treated with the reverence they deserve.

The Edge of Democracy has made a big impact in Brazil, becoming the second-most-watched Netflix documentary ever. Had you anticipated that kind of response?

We hoped that people would care, but didn't expect such a massive response across the political spectrum. It shows that people want a world in which real facts can be ascertained even if our opinions differ. Truth is a recurring theme in all our documentaries; we need it to protect our fragile democracies. In The Edge of Democracy, this resonated especially with the Brazilian public. Petra, the director, did an amazing job of capturing the public mood.

Is there an element of continuity, or a connecting theme, to the works you produce?

There is no continuity, but every film aims to highlight, elevate or realign people on the truth of a less-understood situation. There are so many inspiring people I want to make films about!

You led a global campaign alongside Virunga 's release which successfully stopped a British oil company from illegally exploring for oil in Africa's oldest national park. Tell us more about your outreach campaigns and the thinking behind them…

This the driving purpose behind making these films. There is a kind of optimism in them, a belief that if people know about a wrong, they will collectively stand to stop it if they can. Virunga's campaign was one the hardest things I have ever done, but so worth it. The communities around the park are now enjoying the benefits of clean energy - something that continues to inspire me!

High-profile collaborators have included George Clooney and Leonardo DiCaprio, who was the Executive Producer on Virunga. What does their eminence mean for the success of these campaigns?

The brighter the light you can shine, the better, so high-profile advocates can really help.

How does travel inform your work?

I can't imagine doing my job without travelling; it keeps you humble and open. I'm very keen on remaining small in a big world; it helps with perspective. There's always something new to learn or something to understand.

What are you reading at the moment? What's next on your reading list?

I'm dipping in and out of Michael Pollan's book on psychedelics. There is a huge amount of research on the beneficial effects of this group of substances for mind and body, it's an exciting area of study. I also recently devoured Gavanndra Hodge's memoir The Consequences of Love. I'd highly recommend it.

What documentaries should we watch the next time we fly?

I'd watch any documentary that's about something, someone or somewhere I know absolutely nothing about.

What's been your most memorable adventure?

Getting to Virunga for the first time was quite an adventure, but that's a bigger story for another time! Travelling around a newly opened Myanmar with my husband was very special. We got engaged at the top of a temple in Bagan.

As little as possible! I prefer travelling light, though that's become more and more difficult after having my son.