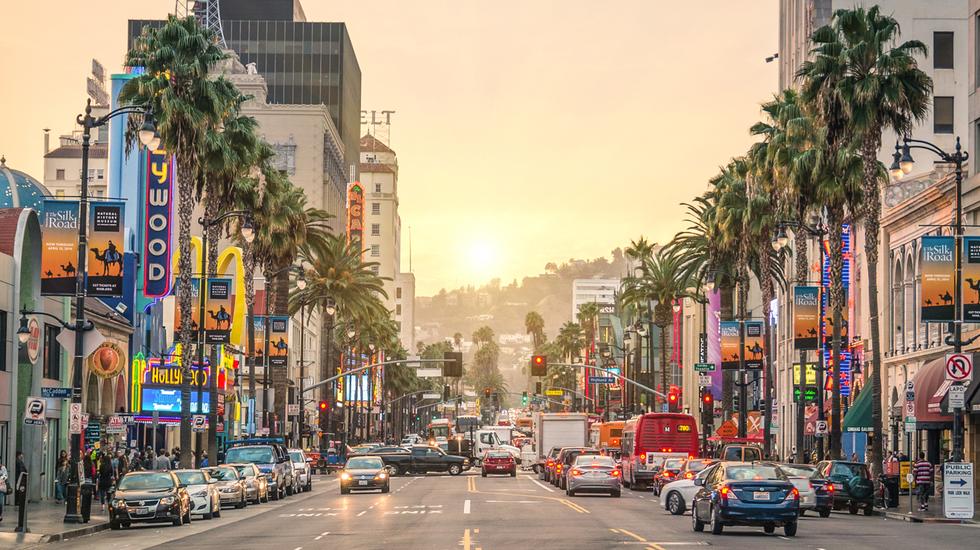 "In Los Angeles, everyone is a star," said Denzel Washington. But throughout the 20th century, the leading role was played by the city itself - a playground for celebrities and the infamous setting for countless big-screen hits.

Come the start of the millennium however, LA was starting to lose its cool. Once iconic destinations such as the Beverly Hills Hotel were in serious need of the appearance-enhancing facelifts so popular amongst their guests. But the wait for Hollywood's rejuvenating injection of life was never going to take long. After all, this is the country where the food of choice is fast.

As LA is the the setting for HBO's hit TV-show-turned-movie, Entourage, it's time to pay homage to the renaissance which has put the city firmly back on the 21st century A-list. West Hollywood, home to an abundance of shops, cafés, bars and nightclubs is the stomping-ground of Vince, Drama, Turtle, Eric and lest we forget, the ruthless power agent Ari God…I mean Gold, sorry. If these names mean nothing to you, well, that begs the question, where on earth have you been hiding?

The Entourage guide to LA will have you sipping cocktails on rooftop bars along Venice Beach, joining the crowds at the Hollywood Bowl and taking in the road to beautiful Santa Barbara. The following hotspots all feature in the Entourage movie and offer what can only be called the most iconic round-up of diversions and distractions in the City of Angels. If it's good enough for Ari, it's too good for us.

As a consistent setting throughout eight seasons of Entourage, it should come as no surprise to see The Montage Hotel as a key player in the big-screen action. It's in the lobby of this classic Hollywood glamour pad that Vince meets the son of the Texas oil tycoon who holds his future in his hands. While we can't guarantee such a celebrity meeting, it's certainly the sort of luxurious LA spot that puts you in with a good chance. Enjoy the rooftop pool by day and world-class theatre at the close-by Wallis Annenberg Centre by night.

As the name suggests, this train is strictly for meat-lovers. This institution has been serving hamburgers and hot dogs out of a bright yellow vintage railcar since 1975. Vince and the gang are spotted walking past this iconic establishment on Sunset Strip, the equally renowned section of Sunset Boulevard. Fear not - it doesn't have to be sunset, and you don't need a gang to get on this carnivorous band-wagon, just make sure you do

Entourage is not a competition, but if it was, we think dark-horse Turtle would have won. Having developed a million-dollar tequila business, in the movie he emerges from his former spot in Vince's shadow and turns into a bit of a rockstar. It's fitting then that his nine-bedroom chateau, Castillo del Lago, was formerly owned by the original queen of pop Madonna.

More National Geographic than HBO, this popular tourist destination is the world's most famous Ice Age excavation site. No surprise that Johnny Drama and Turtle park their equally awesome but distinctly new convertible in front of La Bea. Paired with a visit to the nearby LACMA and Armand Hammer Museum of Art, fuelled by some food truck grub nearby, it's a great day out for you and your entourage.

"Where do I go for the clothes? Good stuff?" we hear you ask. Actually, maybe that was Julia Roberts in Pretty Woman, but nonetheless, its a need-to-know answer… "Rodeo Drive, baby". Think the Champs-Elysées but bigger and better (it's America, what did you expect?) Two miles of luxurious brands like Dolce, Gucci and Louis V… this is where you can get the Entourage look, and where Ari Gold is spotted on an important phone call.

These signs need no introduction. But we're feeling generous so here's one anyway. Flashing through the opening credits as a constant reminder of where the film is set, these signs are two of the most iconic images of LA. Either join a tour or embrace the steep and rickety route up Mulholland Drive, passing the mansions of the rich and famous en route.

Literally next door to its sister restaurant the Little Door, this French Brasserie features in the movie and provides a quaint and charming European dining experience to escape the big and bold sights of West Hollywood. Serving all the French bistro classics - from escargot to moules - matched with an extensive wine list, the range of choice will leave your head spinning and mouth watering. Don't even get us started on the in-house patisserie with its homemade macaroons, breads and cakes.

What do the world-famous music venues of House of Blues and Whisky A Go Go, Soho House, the all-organic Urth Cafe and weirdly wonderful Abbey nightclub have in common? Aside from the fact they should be top of anyone's hit-list for where to go, they're all in West Hollywood. Peruse the countless vintage shops and eclectic boutiques in this buzzing neighbourhood - you'll soon see it's famous for good reason.