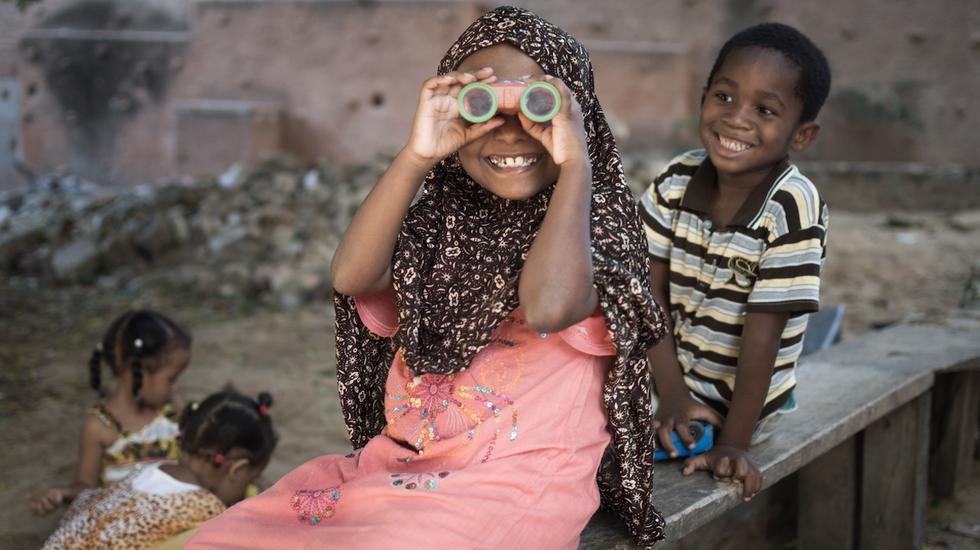 The The morning light filters through the narrow alleys of Lamu Old Town as the calls to prayer echo between the cracks of its ancient walls. The Unesco World Heritage site awakens to the beat of donkey hooves and spinning bicycle wheels, without the rumble of a single car engine. Throughout the day, the sunlight bleaches the already faded pastels of its streets and highlights the natural colours of its shores: turquoise waters, pink sand and green palm trees.

Sweet, sweet Lamu, "Lamu Tamu" in Swahili, is a place that has been special to us for a long time. This slice of paradise in the Indian Ocean is the oldest, continuously lived­-in Swahili town and as a result lives at a different pace. Its strategic position on ancient trade routes means that it has been in continuous contact with the outside world and has been strongly influenced by Middle Eastern, Persian, Indian and Portuguese cultures. However, now it faces multiple environmental, political and social threats.

If you look up Lamu, you will find news stories of Al-Shabab attacks in the region, never on the island itself, but close enough to be filed under the same name. You will read of campaigns fighting against the new coal plant or the local movement battling against plans for the largest port in East Africa to be built on the mainland right next to its shores.

Over the past year, tourism on which the island sustains itself has dwindled but is slowly resuming. The unknown has created fear for the outside world, yet life goes on as it always did. When we were there, celebrations for Eid after a month of Ramadan fasting were well under way. The town was in a euphoric frenzy ­with wooden dhows plowing across the channel and sails held proud and high for their annual race. Henna parties filled the streets as locals played board games of ancient Bao and a children's sports day unfolded on the beach.

Lamu has stayed strong against the odds, its people adapting to change in their own way and becoming resilient to outside pressures. Despite fears and misunderstandings in the media from the outside world, it seemed as safe as it always has been and as welcoming as it always will be. Its people always more beautiful than its stunning backdrop. Stay strong Lamu, we love you.