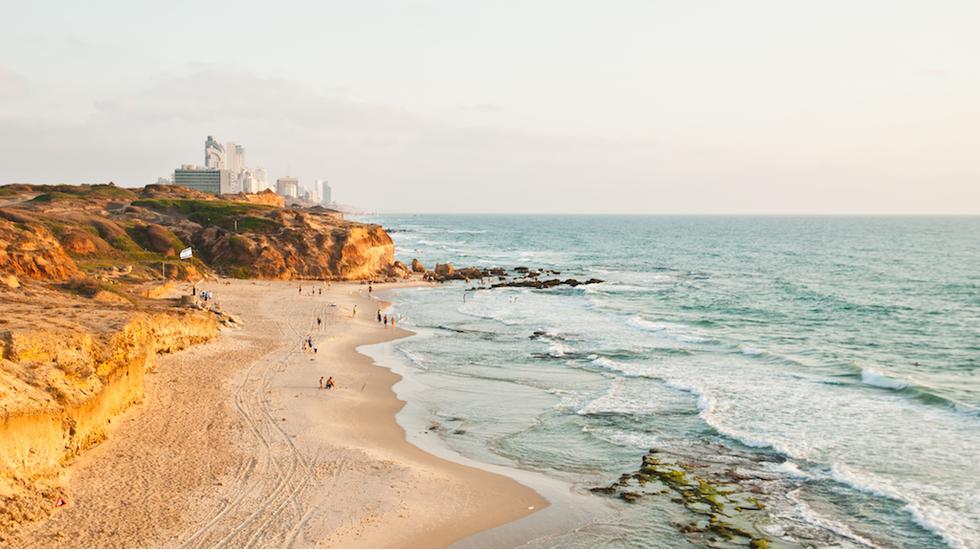 We've We've all heard of the legendary surf at Byron Bay in New South Wales, or Oahu in Hawaii, but what if you don't want to dodge hundreds of other boards each time you catch a wave? Whether you're looking for beginner breaks or big barrels, we've got you covered with these superlative, yet lesser-known, surf spots.

California and Hawaii usually steal the show as the USA's top surf hotspots, but venture to the country's eastern coastline and you'll find the Atlantic Ocean produces equally impressive swells along North Carolina's Outer Banks. Nicknamed the "Graveyard of the Atlantic" - there are records of more than 5,000 shipwrecks in these waters over the centuries - the cape is also known for its hurricanes, so be sure to check the forecast before setting off.

Taiwan's characteristically warm waters have recently started to earn the country a reputation as a rising star among the surfing cognoscenti. Some of the best line-ups are to be found on Fulong Beach, an exposed break that produces waves as high as two metres from its sandbar stretching along the Shuang River. The city is also home to some of Taiwan's most scenic hiking and cycling trails, making this a top day-tripping spot for nature-seekers based in Taipei.

You've probably heard of Portugal's big-ticket surf scenes in Ericeira and Nazaré, but venture further down the country's wild, rough-hewn coastline and you'll eventually reach Carrapateira, a sleepy surf town in the Faro District. Far less crowded than its northerly counterparts, the beaches here are in the middle of a natural park and sliced through by the River Aljezur, which forms a tranquil lagoon system just inland from the incoming waves. Surrounded by towering limestone cliffs on both sides, the village's main surfing beach, Praia da Bordeira, is perfectly sheltered to produce both left- and right-hand breaks, and you won't have to fight for space: the beach stretches for more than 3km into the distance.

A favourite pit-stop along the Wild Atlantic Way coastal route, Ballyhiernan Bay is a prime example of County Donegal's rugged, unspoilt charm. Long overshadowed by Bundoran Beach, at the most southerly point of Donegal, this secluded bay hides some of Europe's best surf. And the best part? Most surfers don't even know it exists, so private wave-riding sessions are often the norm. Expect low-lying golden dunes fringed by craggy headlands, and plenty of peace and quiet to boot.

It's not just the cosmopolitan party scene and creative culture that bring travellers to Tel Aviv. An unsung hero of the surfing world, the city also hauls in a stream of riders year-round for the surprisingly surfable waves that break off from the eastern Mediterranean Sea. Known locally as "mini California", Hilton Beach is the most popular spot, with waves that break in both directions, thanks to the two jetties that bookend its sands.

Not so long ago, Liberia was deemed a no-go zone for most travellers, with a 15-year run of military dictatorships meaning violent attacks were a daily occurrence in the country, and a subsequent Ebola outbreak only tarnishing the West African nation's reputation further. But this has all changed in recent decades, thanks to UN intervention in the early 2000s, which paved the way for an increase in tourism and the rise of a burgeoning surfing community. Cassava, located on a short stretch of the country's southwest-facing coast, offers some of the best warm-water rollers on the continent. Plus, the beaches are usually almost totally empty.

Basking in the shade of neighbouring surf celebrities Fiji, Tahiti and Hawaii, this archipelago of tiny islands revels in its esoteric existence as a little-known surfers' paradise. Those in the know flock to the island of Tongatapu, whose outer reef is known as a wave-riding hotspot. Fancy a day off from the swell? The archipelago is also one of the world's best places for whale watching, snorkelling and scuba diving.