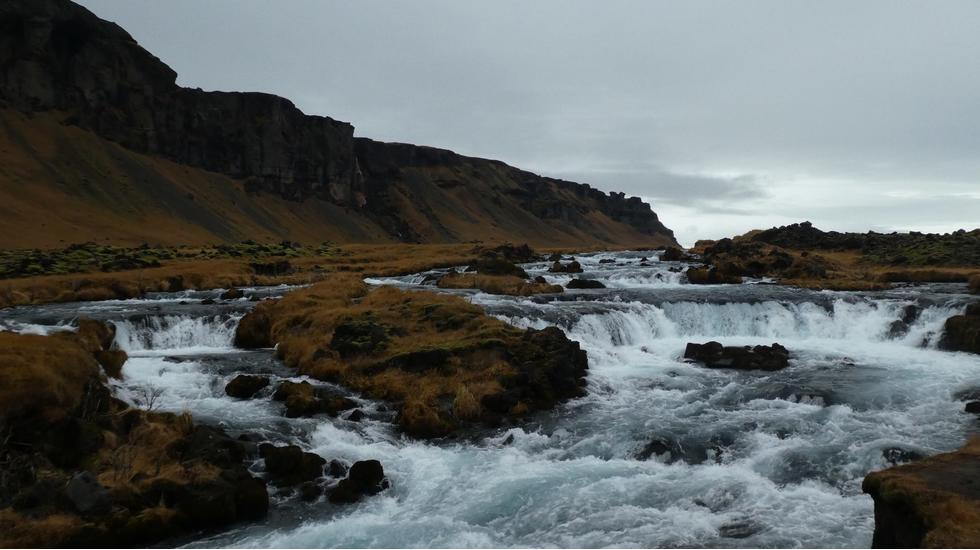 A A rugged terrain punctuated with ancient volcanoes, majestic peaks and glacier-fed waterfalls, this ineffable land of ice and fire has a pervasive beauty - meaning there's no bad time of year to visit. Summer is when the majority of the island's three-million tourists descend to explore the hot springs and geysers of the Golden Circle. Longer days convert to maximal exploration - a noteworthy point for time-poor travellers - but also means that prices can be higher. By contrast, late September to late March is primetime viewing for the elusive Northern Lights thanks to dark winter nights.

Those looking to go beyond the basics and move away from the masses should enlist the services of Adventure Patrol - a boutique tour guide company owned by Icelandair pilot, Arnar Már. Our guide, Egill Rafnsson, was also an amateur photographer and a real superstar - literally; he's had six number one music hits in his homeland.

Arrive in the evening and check in to Ion City Hotel. A taxi from Kaflavik International Airport to the centre of Reykjavik takes about 45 minutes and costs approximately €100. Post check in, unpack and freshen up before heading down to The Grill Market on Lækjargata Street. Here, chefs buy most of their seasonal produce directly from local farms - dine on lamb, steak, arctic char or local delicacies such as puffin. The kitchen uses fire, smoke, logs and coal in the cooking process, so those with a palette for barbecues and Old Fashioneds will be particularly pleased with their smokey servings. Note the wallpaper is made out of fish scales, though perhaps only after you've finished your salmon.

Spend your first full day along Iceland's most popular tourist route - the Golden Circle. Rise early and fuel up at breakfast because it's likely you won't have lunch until around 2pm or 3pm. For a proper feed, Ion City's adjoining restaurant, Sumac, offers a multi-course continental breakfast available from 7am. For those who will always trade porridge for extra pillow time, head to Sandholt bakery a few doors down from the hotel for grab-and-go eats.

Leave your hotel by 8.30am and drive northeast to the Golden Circle's three main attractions: Thingvellir National Park, Geysir Hot Spring and the Golden Waterfall. At Thingvellir, you'll encounter the foundations of the first and oldest Viking parliament, which was built in 930 AD. If you're more of a geography buff than history swot, shift your attention towards the tectonic rift between the Eurasian and American continents, known as Silfra. Here, divers and snorkellers can take the plunge between two continents into no-man's land.

From Thingvellir, head straight to the The Great Geysir to witness this collection of hot springs intermittent bursts of turbocharged water. After failed attempts to get the timing of your Boomerang just right, return to your car sopping wet and smelling of sulphur. Once you've dried off (best to pack a change of clothes) swing by the Gullfoss (Golden Waterfall) in the Hvita River to check off the last item on your list.

After a jam-packed morning, stop at Fridheimar tomato farm for a late lunch. Tuck in to four different types of tomato seated in the greenhouses they are grown in for a true farm-to-table dining experience. When hunger strikes again head to ÓX, a miniscule (and award-winning) restaurant tucked behind Sumac on Laugavegur Street for dinner.

Check out for an 8.30am departure. Drive by Gljufrabui and Seljalandsfoss waterfalls and prepare to enter a world akin to Tolkien's Lord of the Rings as you near Thór's Ravine in Thórsmörk. A dramatic landscape of towering peaks and glacial rivers wind their way through the valleys beneath. A hike around Thórsmörk will take you past Eyjafjallajökull Glacier - but don't revert to 2010 panic stations - it's not due to erupt (again) any time soon.

Head back to base, which for today is Icelandair Hotel, to recoup before your white-knuckled quad-bike tour of the south coast's black beaches. It's a fantastic way of viewing this unique landscape formed by the Katla volcano.

Day four's focus zooms in on Jökulsárlón Lagoon, located in the foothills of Iceland's largest glacier. The area is famed for its photo-worthy backdrop, so make sure you reserve enough cloud space (or take enough film) to see you through the day. On the coastline near the lagoon, two large chunks of ice - cast-offs from the glacier - have melted to form "Diamond Beach", a formation indicative of Iceland's ever-changing landscape.

On your way home, you'll pass the formidable Lómagnúpur Mountain. Time permitting, take the opportunity to go hiking in Skaftafell National Park and see the Black Waterfalls. The route takes about three hours, meaning a late supper is best eaten back at the Icelandair's Restaurant Berg. Choose from a generous a la carte menu comprised of local food and produce sourced from Vík, a remote seafront village in south Iceland. Then it's early to bed ahead of your final day.

As your trip winds down, opt for a relatively easy glacier-discovery walk (nonchalant sentences like this become par for the course after a week spent surrounded by natural beauty) led by experienced guides. Solheimajokull Glacier is a frozen wonderland awash with white and blue ice crystals, deep crevasses and opaque water cauldrons. Don't get too distracted by the snow-globe surrounds - your silver-tongued guide has plenty to tell you about the evolving landscape.

Post-hike, it's time to head to Keflavik airport to catch your evening flight. Grab a bite to eat in the gourmet food hall before you board and linger by the souvenirs in protest of your departure.

Things you should know…

Iceland isn't the most wallet-friendly country so be sure to budget during your stay. If you fancy a drink in the evening but don't want to pay extortionate prices, purchase alcohol at the airport in duty free. Skimp on bottled water - Icelandic tap water is outstanding and you can ask for a free refill almost anywhere (alternatively dip your reusable water bottle into the nearest stream).

Icelandic days are very short in winter so to avoid being left in the dark by planning your excursions around the daylight hours.

If you're hiring a car during your stay, bear in mind that a lot of the Icelandic highlands are only accessible in 4×4 jeeps.

Although touted as a "must-do", the Blue Lagoon is one spot not worth the stopover. Extremely crowded and overpriced, you might also be surprised to know that the water is not natural geothermal water, but instead comes from the offspring of a nearby factory. If you want to soak up the warmth and wonder of a hot spring, choose a natural one such as The Secret Lagoon - it's the oldest of its kind and is only a short detour from the Golden Circle route. Alternatively, ask your guide or hotel concierge to recommend a natural spring that coincides with your travel itinerary.