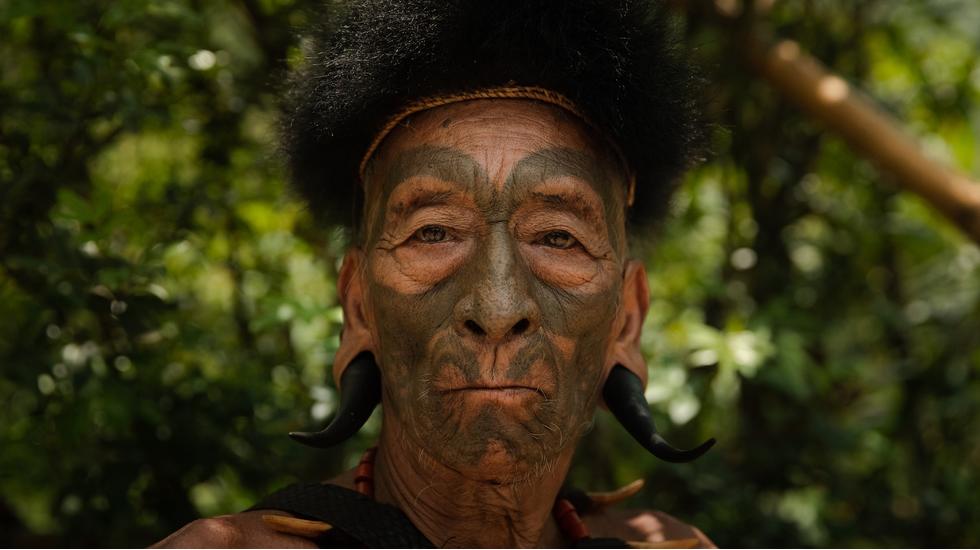 Longwa Longwa is a small, remote village situated on the India-Myanmar border. Here, living between the two countries, the Konyak tribe has a captivating past.

The Konyaks were once infamous for their headhunting expeditions. When marauding nearby villages, the warriors would decapitate the heads of the opposition and bring them back to a communal house as a token of bravery, dancing and performing rituals to celebrate their victory.

Tattoos are another defining feature of the tribe's warriors; body art generally covers the face, hands, chests, arms and calves, reflecting a man's experience in battle. It was a tradition typically reserved for the king's house, as only the village queen could create a tattoo.

In the mid-1900s the Konyak people were converted to Christianity by missionaries, and since then the tattooing and headhunting traditions have gradually faded. Today, the people of Longwa live a peaceful life. The men you see in this album are in fact Longwa's last tattooed headhunters.