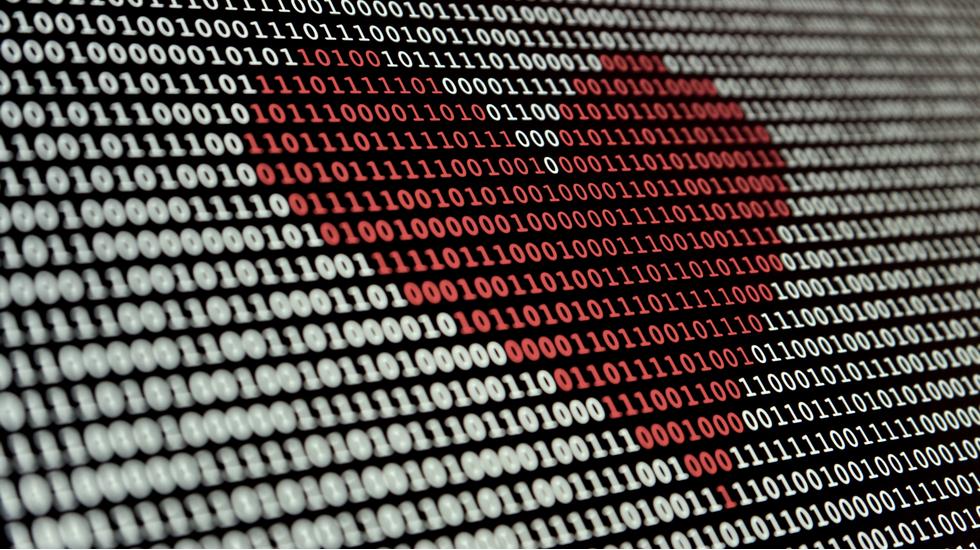 App-based App-based dating platforms have been hooking us up for over a decade. Now, with kissing unofficially designated a public health hazard and travel off the cards, people are avidly swiping for matches like there really is no tomorrow.

According to a report released by Tinder, the app received a record-breaking three billion swipes on the 29 March, proof if ever it were needed that lust knows no bounds. But there's more to it than that. Tinder conversations around the world are lasting 10-20 per cent longer than average which suggests that travel restrictions are encouraging app-savvy singletons to make more meaningful connections beyond the occasional hook-up.

Not mentioned in that report, are those bravehearts who matched just before quarantine was imposed and willingly locked themselves into isolation à deux.

In fact, so popular is the act of coupling up - either virtually or IRL - that "corona cuffing" and "coronnials" have entered the vernacular to describe those doing exactly that. With our favourite date spots shuttered and face-to-face meet-ups verboten, why are our romantic relationships accelerating at such a rate?

I was only six dates deep into courting my Tinderella when lockdown struck. We were tight-ish. He'd met a smattering of my friends over dinner in Dalston and I'd clinked glasses with his, at a house party in Rotherhithe. Freedom of movement wasn't a privilege back then, and we both exercised it tenaciously, percolating through London's nooks and crannies like deadly, immobilising, stupid viruses.

Then, it happened: quarantine. We could either fast-track the relationship - bypassing meeting the parents, a consummatory weekend break and the honeymoon stage - by forming an intimate isolation cell, or see it out from our separate doomsday bunkers tethered only by a WhatsApp thread. We opted for the latter.

I was wary. After my last beau hopped it to Wales, WhatsApp became both our lifeline and tripwire. He'd send photos of babbling brooks, I'd match them with Hackney's latest sub-par graffiti. While each cinematic train journey through the British countryside felt romantic, every double tick I received in the long expanses of time between reaffirmed my conviction that our previously parallel lives were becoming evermore tangential.

But in mine and Tinderella's case, state-sanctioned distance has made the heart grow fonder. Observing each other's quirks via WhatsApp video call has been a real bonding exercise. Housebound and stuck on the same hamster wheel of work, booze and Netflix, we became closer and closer until, like a true child of MSN messenger, I popped the question: "Will u be my bf?" Thankfully for the purposes of this article, he said yes. I don't know what's more alarming; the pandemic itself or that those of us with skittish dating histories have settled into Tinder-enabled Zoom cocoons.

"Lockdown has changed our relationship a lot," says Becca, who matched with Rahish just a couple of months before quarantine, "not least because we are actually in one now. Hurrah!"

From the start, Rahish was like many Tinder bachelors - an emotional flip-flopper, unwilling to commit. Then, lockdown happened and a switch flicked. They're officially a quarantine couple now and maintain a constant line of radio contact. "I'm not sure that commitment from Rahish would have been so forthcoming if life was BAU [business as usual], but perhaps I wouldn't have been as upfront about my feelings either," says Becca.

Since becoming A Thing, they've discovered an intimacy that didn't previously exist. "We've shared hundreds of voice notes, selfies, memes, photos of food and screenshots from Strava, Sleep Cycle and Words With Friends. We talk more about the deep stuff too," she says.

On the subject of deep stuff, what of the people who plunged head first into weeks of totally uninterrupted one-on-one time? "Things are going weirdly well - arguably better than with previous partners who I was only seeing twice a week," says Isla, who matched with Tom two months before quarantine and has been roosting in a lockdown love nest since government restrictions began.

Even serial daters like Fifi seem to be ploughing hitherto undiscovered emotional depths. "I simply can't FaceTime date everyone. It's exhausting, not to mention many people would say it's just weird," she says, before divulging the details of her latest online escapade.

"I noticed immediately that while I had a generous supply of tinnies, she didn't have any alcohol at all - just a non-alcoholic beer that she'd been given by her gym". For an enthusiastic drinker like Fifi, such sober behaviour would have elicited an immediate dismissal in February. But with fewer options on the cards, she let it slide and she's glad they did - they're connecting for the third time next week. "Obviously I'd like to see her face-to-face, but in trying times you just have to be resourceful," she says with the plucky resolve of a wartime farm-hand.

Do our fast-tracked romances have a healthy shelf life or are they circumstantial and vulnerable to collapse? What happens once we're let loose into the world again?

It seems illogical. Given that all of the candlelit and palm tree-fringed destinations historically proven to foster fledgeling romances are out of bounds and physical contact is forbidden, why are newly formed relationships ostensibly going so well? Do our fast-tracked romances have a healthy shelf life or are they circumstantial and vulnerable to collapse? More to the point, what will happen once we're all let loose into the world again?

To help answer these questions I enlisted the help of Peter Saddington, a counsellor at relationship support charity, Relate.

"To some extent we're living in a fantasy right now," he says. "Real life is when you are mixing and sharing your life with lots of other people. Put those people back in and that intensity could get lost." Does he mean to say that quarantine romances are allusory? "I think these romantic connections are genuine. At the time most parties feel that intensity and closeness and interpret it in that way."

WhatsApp and Zoom can catalyse bonds, he says. "We're quite tempted to be disinhibited when we're making relationships virtually and therefore they can start very quickly, seem very important and be very intense."

And what's the prognosis for those like Isla who have formed isolation units? "If you start living together, you'll find out about the things you like about each other and those that irritate you more quickly. Either way, as you're forced to live together, for now, you'll have much more incentive to make it work."

Could corona cuffing signal the death knell for dating apps which hubristically claim to have been "designed to be deleted"? Peter thinks they'll continue to gain traction, but I'm not so sure. History teaches us that in times of instability, people are more likely to cloak themselves in familiar comfort blankets than they are to brave new ground - both topographically and romantically, that is.

Personally, I've deleted Tinder and Hinge - that'll teach their marketing schmucks for being quite so on the nose. Isolation has encouraged me to take stock: what do I really want after all this has blown over? Banana bread aside, lockdown has provided an opportunity to jettison the flotsam from my life and to fill that space with things that are seemingly more robust - romantic interests included.

Who's to say whether our quarantine love-ins will withstand all the challenges posed by the "real world" - not least one made more difficult by financial hardship? I'm marking that question as unread until this is all over. For now, let me revel in my HouseParty for two.