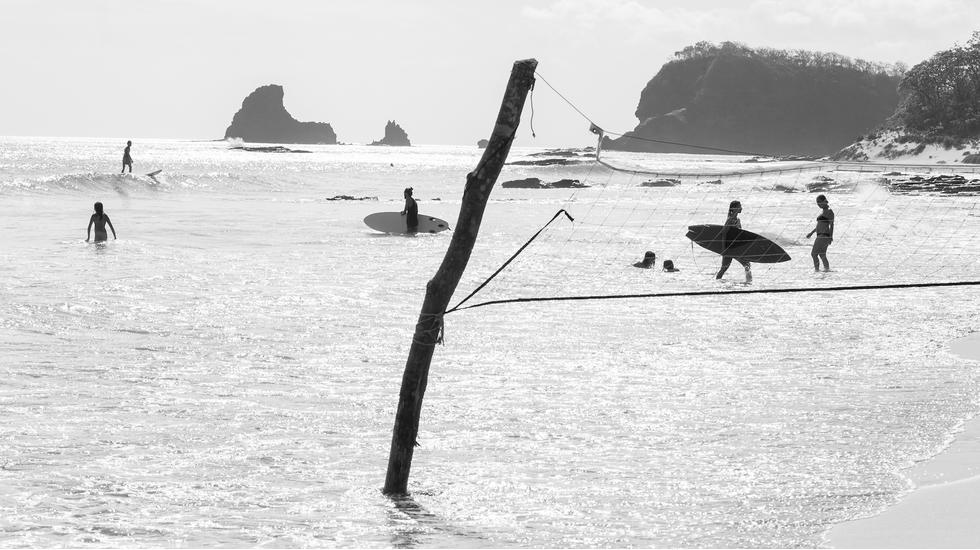 From the capital city of Managua, I caught a 2-hour ride south towards the Village. We sped deeper into the country and I quickly became entranced with what was passing outside my window. There were deep greens and browns, small villages with fire pits smoldering red, schoolchildren in crisp white and blue uniforms, motorcycles darting through traffic and occasionally lakes and volcanoes in the distance.

We pulled up a steep drive and arrived safely at Maderas Village. I was quickly greeted with a drink, shown my room and left to explore what would be my home for the next week. The cabanas, casitas and open-air shared spaces of the Village fit seamlessly into the surroundings. Jungle canopy was all around, howler monkeys perched in the trees, ocean waves could be seen in the distance and there was a deep sense of relaxation throughout.

Playa Maderas is a respected surfing destination and the Village, which opened in 2011, is a hotspot for travellers with a creative and entrepreneurial itch. During my stay I met musicians using the newly opened recording studio, writers, agency creatives working remotely and long-term travellers unsure of their next destination.

As the days went on, I was free of a schedule and began to lose sense of time. The Village became my base. I would head into nearby San Juan Del Sur and photograph the bright colours, old textures and people I met. One day I jumped aboard a catamaran with a few newly made friends, drank Toña beer and swam in the ocean until dark. Many mornings I woke early to walk the beach alone or spent hours in the hammock with my headphones and the ocean breeze.

I left Maderas with a fresh sense of discovery, a mind void of stress and anticipation for another journey.