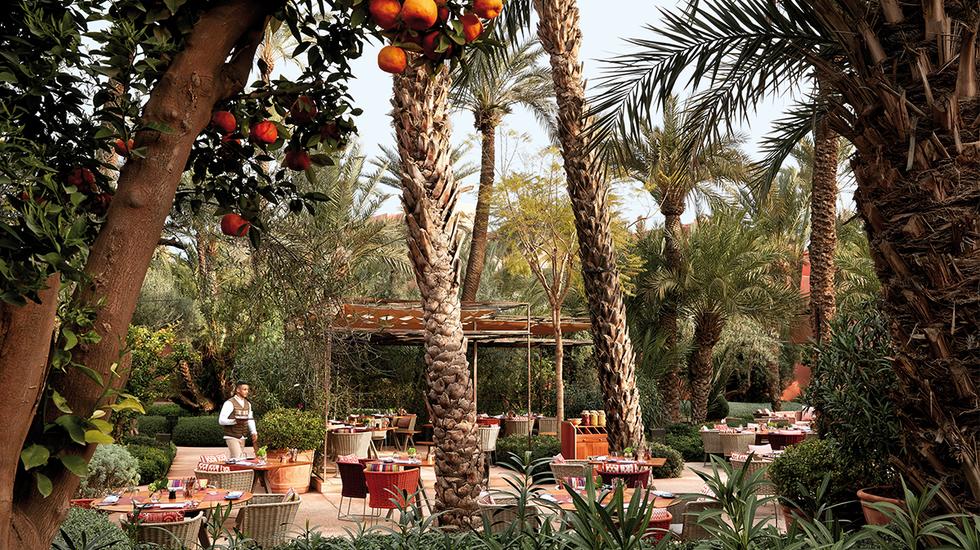 Just Just west of the Atlas Mountains, Marrakech has been inhabited by Berber farmers for centuries. It's earned the moniker of the "ochre city" thanks to its proliferation of sandstone buildings and the red walls which enclose the Medina, home to Jemaa el-Fnaa, one of Africa's busiest squares.

The city has captured the imagination of the jet set for decades. Talitha Getty, Winston Churchill, Mick Jagger and Yves Saint Laurent are just some of the great icons inspired by Marrakech. The latter's intimate relationship with the city led to the opening of a museum dedicated to his legendary work.

While annual Marrakech International Film Festival draws a prominent crowd, museums abound on the city's Andalusian-style streets, exhibiting Moroccan arts, photography and carpets. These are just some of the countless places in which to be immersed in the culture of Marrakech, but perhaps the best way to start is with a simple glass of mint tea.

Marrakech Flair by Marissa Benson is published by Assouline and is available to purchase at assouline.com