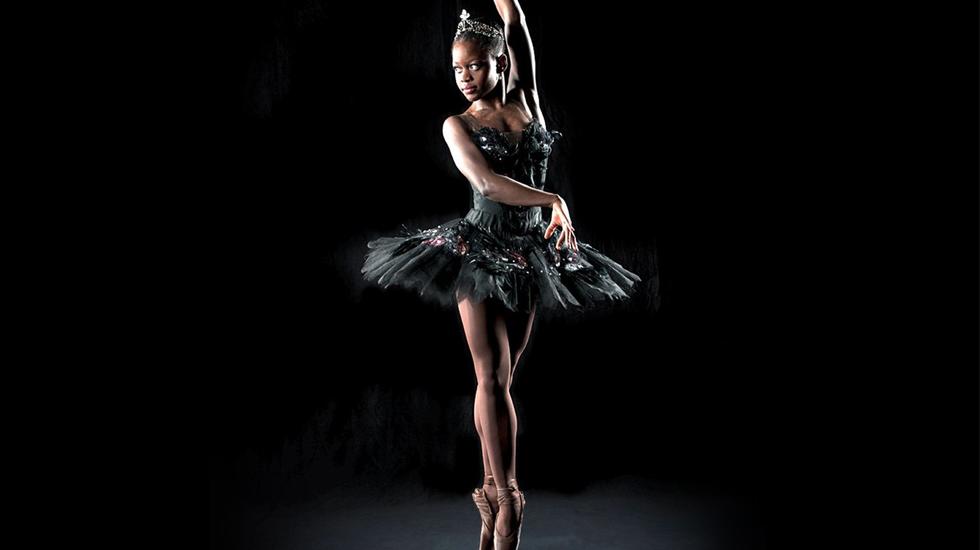 By By the time she was four, Michaela DePrince had endured hardships that most people would struggle even to imagine. Born as Mabinty Bangura in war-torn Sierra Leone, she was three when her father was killed by rebel forces and when her mother, refusing to eat so her daughter would have food, died of starvation. Left at an orphanage by an abusive uncle, she became known as 'number 27' and was tormented as a 'devil child' because of a condition called vitiligo which made patches of her skin lose their pigmentation. Michaela became close with one of the teachers at the orphanage, only to witness her brutal murder and the mutilation of her pregnant body.

It was soon after this trauma that Michaela found a discarded magazine with a picture of a ballerina dancing en pointe. This image, providing a glimpse of a much happier existence, was to shape the rest of her life. "The ballerina in the photo on the magazine cover exuded happiness and contentment. Somehow I concluded that if dancing made her happy, it would make me happy as well." Michaela's dream began to take shape on the day she and her best friend from the orphanage were adopted by an American family and given a new life in New Jersey. Recognising her obsession with ballet, Michaela's adoptive parents enrolled her in dance classes in the US. Their continuing support and Michaela's passion and determination have paved the way towards her becoming the youngest ever dancer at the Dance Theatre of Harlem and now, at the age of 20, a member of the Dutch National Ballet in Amsterdam. Michaela's incredible story has been detailed in the documentary First Position and in her memoir Hope In A Ballet Shoe: Orphaned by War, Saved by Ballet. Here she talks to SUITCASE about rising from the ashes of war, encountering racism in her adopted country and achieving joy through dance

SUITCASE MAGAZINE: What does the moment just before you enter the stage feel like?

MICHAELA DEPRINCE: That moment is reserved for focusing on the character I portray. I don't chat with my friends. I don't think about my make-up and costume. I think about becoming my character. At that moment I'm no longer Michaela DePrince.

Do your past experiences still play a part in your everyday life? Do you carry your history onto the stage

Now 16 years have passed since I was that little orphan girl, Mabinty Bangura. I am Michaela DePrince, a beloved daughter, a dear sister and someone's girlfriend. I don't dwell on my history unless I am asked about it. What I do carry onto the stage is my passion for dance, many years of ballet training and my work ethic. My work ethic I attribute to my father, who has always been a hard worker, who made sacrifices for all of his 11 children. My parents have been my greatest influence and they more than anyone influence me.

Ballet is incredibly hard to break into. How has race played a part in your casting and contracts? Have attitudes changed or do they still have a long way to go?

I regret to say that attitudes still have a long way to go in the world of American classical ballet. It is difficult for a 'black' female to break into classical ballet in the United States, and even more difficult for a 'blacker' female like me to do so. When I was 17 years old and auditioned for the Dutch National Ballet, I was stunned to learn that I was accepted. My experiences with rejection by the U.S. classical companies had convinced me that I was not a good dancer.

Two years have passed since I entered the Dutch National Ballet. I danced my first year as a member of the junior company and my second as an élève. This year I had expected to sign my third-year contract as a member of the corps de ballet, but I was delighted to skip that stage and be offered a contract as a coryphée for my third year. In the Netherlands my race does not play a role in my casting or contracts. Though it breaks my heart that the country of my adoption has not accepted me as a ballerina, I am honoured that the people of the Netherlands do. Here my colour does not have a negative impact on my dancing or casting.

Do you see yourself as someone who is helping to implement change in dance, to help people see talent before skin colour?

I am determined to implement change in dance and I want people to see talent before skin. When I was a little girl my mother bought my sister and me the video Ruby Bridges, a movie about a very bright six-year-old black girl who integrated the white schools of New Orleans in 1960. I decided then that I wanted to make changes in ballet...to be the Ruby Bridges of dance.

Do you still feel your Sierra Leonean heritage? Do you plan to return and how does it make you feel when you hear about the ongoing traumas in the country?

I tend to feel guilty when I think about the trials and tribulations of my native country. I often wonder at the blessing that came to me when my American parents decided to adopt me. I would definitely not have survived if they hadn't because I had a terrible bacterial infection when my mama arrived to meet me. Unfortunately the war in Sierra Leone disrupted the nation's heritage. I think of my heritage as American, but this doesn't prevent me from wanting to help my people. When I am older and more able to do so I would love to start a free art school for Sierra Leonean children.

What message do you hope that people take from reading your memoir?

I hope that people all over the world take three messages: first, one should not give in to despair, but must try to rise up despite adversity; second, if you do succeed, you should make an effort to give back to the world in the same measure you take and third, remember the difference that education and training makes in the life of a girl and her future children. Without the education of women the development of countries will not succeed.

You've already accomplished one of your childhood goals and at such a young age. What else do you hope to achieve in the future?

MDP: Oh! There's so much to achieve in this world. I've learned this from my mother, who is 67 years old, still setting goals, and still reaching them! Besides my career as a ballet dancer I want to teach, encourage and make the lives of others better.

SM: What advice would you give to other young women who feel like they are being treated as 'number 27'?

I would like to tell other young women who feel like they are being treated as number 27...do not allow yourself to be. Set goals for your life. Dream dreams for your life. Tell yourself that you can be number one.

SM: What does celebration mean to you?

Celebration? I believe that it means overcoming adversity and achieving joy. And I express it best in my dance.