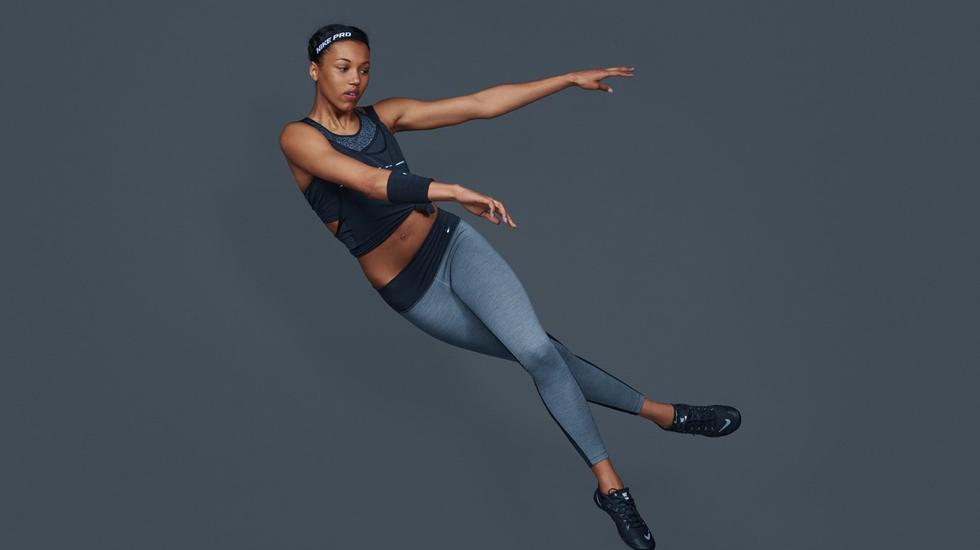 As As the world's best under-18 heptathlete and high jumper, it is clear why Great Britain's Morgan Lake is a spokesperson for Nike, a brand that's constantly pushing boundaries and our editorial partner in Iceland for our latest issue, Vol. 13: Boundaries. While she may just be 18 years old, there is no denying she has already raised the bar and exceeded previous limitations. If you need proof, look no further than the record books, as Morgan has broken 12 major records, both national and international.

SUITCASE MAGAZINE: How did you get into sport? Did you come from an athletic background?

MORGAN LAKE: I got into the sport at the age of five when my parents took me to my local athletics club. My dad was an athlete when he was younger, so I had a great insight into the sport from a young age.

SM: Was it something that you always knew you wanted to pursue professionally or was there a turning point for you?

ML: I've always had a strong passion for athletics and from a young age I would tell people that I wanted to be an athlete when I grew up. However, the turning point for me was when I won World Juniors in 2014.

SM: What was the hardest thing about breaking into the industry?

ML: The hardest thing for me was having the right set up, in terms of coaching, physio, nutrition etc. Now that this is in place it makes it easier to focus on training knowing that I have a great support system.

SM: In terms of staying motivated, is it ever a situation of 'mind over matter'? Does your mind ever create boundaries - more so than physical limitations - or are you always confident in your talent?

ML: A lot of the time, especially in training, it is mind over matter. Being strong enough psychologically to do one extra set or rep in the cold and rain is made easier by the thought of success in the future.

SM: To what extent does being a successful athlete mean that you've had to sacrifice your relationships and social life? In terms of your personal life, are there sacrifices you've made that you regret?

ML: I've had to make a lot of sacrifices especially in my social life, which has made my teenage years a bit different to most people. Obviously at times it's natural to wish that I could go out and spend time with my friends more, but in the long-term I know it's the right decision.

SM: As a young woman, do you ever think that there are more boundaries for you to break?

ML: I think every athlete always wants a little more and boundaries are a great source of motivation. I still have one more year as a junior and I'm really looking to make the Olympic Games next year.

SM: What has been your greatest accomplishment?

ML: I think my greatest accomplishment was winning the World Juniors for the heptathlon and high jump. A few weeks before the competition I didn't even know if I would be there so to come home with two gold medals was a dream come true.

SM: What has been your greatest setback? How do you deal with disappointment in your career?

ML: 2013 was a tough year for me especially during the World Youth Championships in Ukraine. I went into day two of the heptathlon in first place position but in the first event of day two (long jump) I had run-up issues and failed to record a score. This impacted on the rest of my competition and I wasn't mentally strong enough to carry on. The best way of dealing with the disappointment for me was to push it aside, learn from it and go straight back out there and compete again.

SM: What boundaries do you want to continue to push in your career?

ML: The boundaries that I want to push are my own psychological boundaries. In heptathlon it is really important to stay focused and motivated throughout the two days so this is something that I think will make my career more successful.

This article was written in collaboration with Nike.