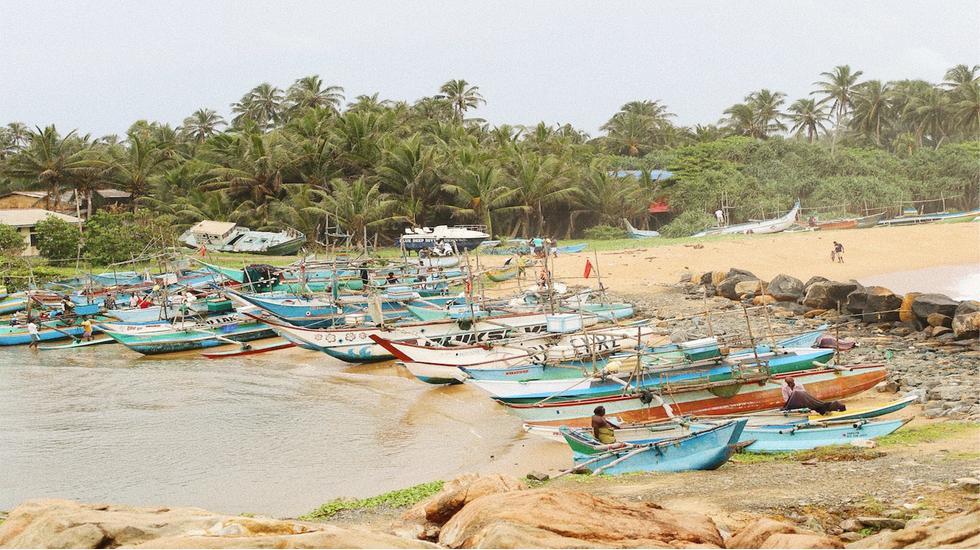 The The silence of the night fell marking my last in Ella. My time backpacking around Sri Lanka was nearing its end and I would wake early the next morning to continue my travels alone, parting ways with my friend that evening.

I was sad to leave such a place of magnificence in the comfort of the hills. Conflicted on where to spend the last of my precious days, I decided to make my way to Hikkaduwa, a traditional fishing village unvisited by tourists at this time of the year. Warned by many about the weather, but still determined to visit the south coast of the island, I was hoping the rain would pass for the next few days.

Three buses and 10 hours later I was greeted in Hikkaduwa by torrential downpour. I jumped back on the bus; it was headed for Colombo. I impulsively decided to make my way back to Nuwara Eliya, to spend the last of my travels with friends I'd met earlier in the Hill Country. When I arrived in the capital, I discovered it would be impossible to make it to Nuwara Eliya that night and so I was forced to change my plans again; Hikkaduwa was my only option.

The night bus back was eerie and my sense of solitude set in. I arrived once again in Hikkaduwa, this time in complete darkness, the rain now settled. I walked towards Chami's Place with a pack of feral dogs trailing behind me. Chami met me at the end of the road, torch in hand, guiding me to my room. I was one of only two guests. His hospitality was astounding.

I woke the next morning with an open mind, feeling content that this would be where my travels would end, unexpected disappointment turning into unforeseen reward. The emptiness and slow, simple life of this coastal community was refreshing. I felt grounded, reflecting on the past three weeks, finding tranquillity walking along the lonely beaches and watching the rain from the balcony of Chami's Place.