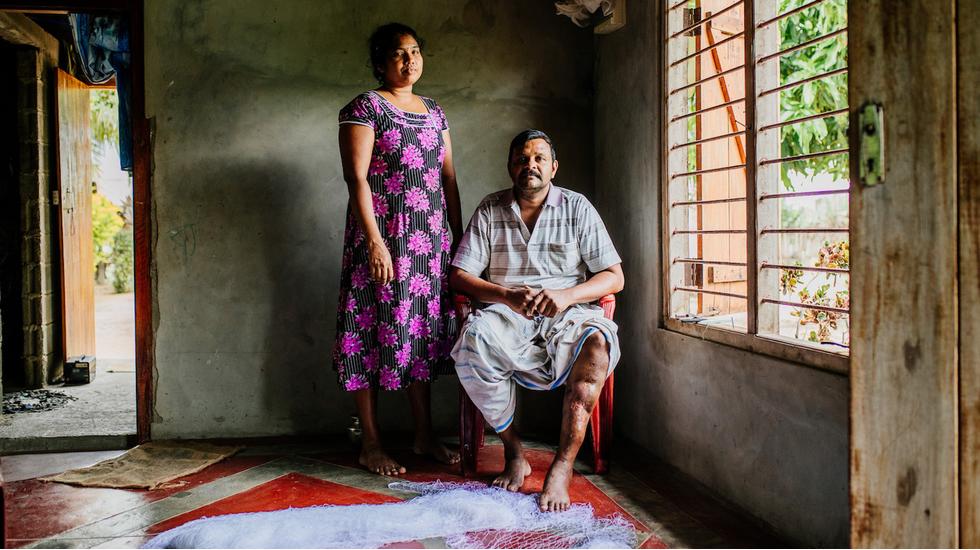 The The incredible women featured in this album represent the 15,000 guardians of Sri Lanka's mangrove forests, on which huge numbers of plant and animal species depend for survival.

Since many such women are widows of the country's 25-year civil war or the 2004 Indian Ocean earthquake and tsunami, they are often the sole provider for their families. Others have suffered domestic violence, abuse and extreme poverty.

As part of the Sri Lanka Mangrove Conservation Project, NGO Sudeesa and conservation organisation Seacology have collaborated to grant such women micro-loans to set up businesses. In return the women take part in courses that teach the importance of the forests' ecosystems, how to protect them and how to further educate their communities on the subject.

In 2018 the UN's landmark climate change report estimated that we have just 12 years to limit global warming before the threats of drought, flooding, extreme heat and poverty become a reality for hundreds of millions of people.

As mangrove forests sequester between three and five times more carbon than other tropical habitats, Sudeesa and Seacology's model of empowerment, protection and nurture is one that could be applied across other regions in a bid to help save our planet.

Each of the women featured here has a story - sometimes heartbreaking, often inspiring and always growing.

In light of recent events, this photo journal is dedicated to the people of Sri Lanka.