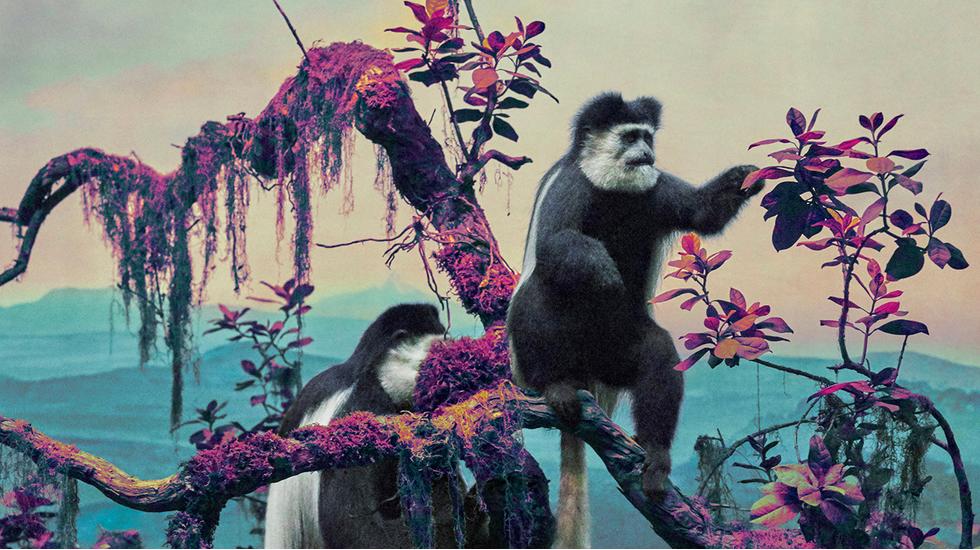 The The Mountains of Kong appeared on the finest maps of the world for over a hundred years. First "discovered" by Scottish explorer Mungo Park in 1798, they ran from Guinea in West Africa and continued eastwards connecting to the (also fictitious) Mountains of the Moon. During the following hundred years explorers returned with wild tales of an impassible mountain range, "pink, snow capped, flowing with gold" and teeming with strange exotic animals. Finally, in 1889, French explorer Louis Binger returned from his expedition and burst the bubble: they simply did not exist.

Breathing fresh life into the myth, artist Jim Naughten has created a 3D photobook, in collaboration with Hoop Design and Editions, to document an imaginary expedition to the phantom Mountains of Kong. Alongside insightful essays, some 35 stereoscopic images chart the mountain range's flora and fauna, and can be enjoyed in 3D using an in-built viewer.

Naughten made these stereoscopic images - a technique popular in the mid-1800s - in the Scottish and Welsh mountains, as well as in some fantastic natural history museums around the world. Colours were incorporated to enhance the mythical nature, and aquatic and non-African animals were added to the menagerie.

At once engaging and playful, the book serves as a commentary on the mutability of fact: if the past appears to be in a constant state of flux, what does our future hold?

Discover More
The Last Eden of Africa: A Journey through the Okavango Delta, Botswana
Read now