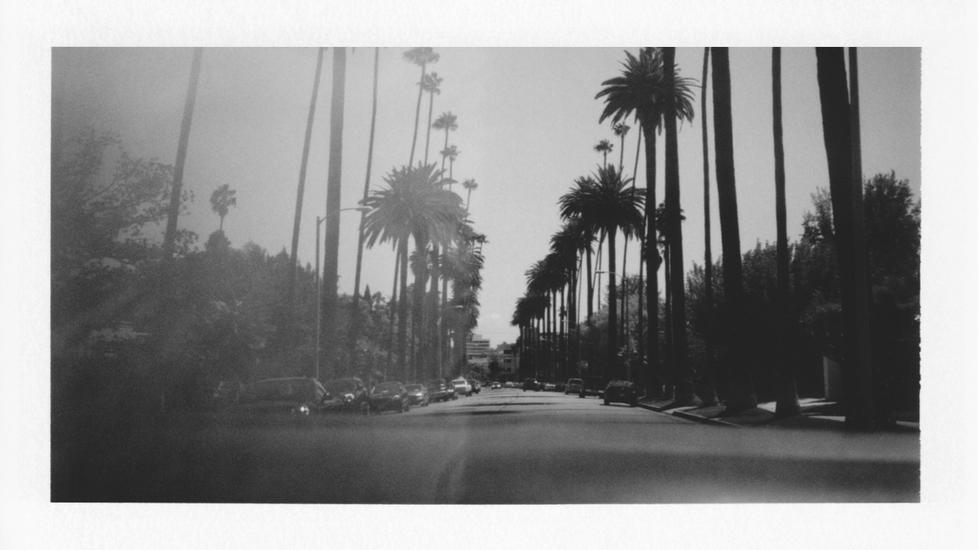 Towering Towering phone lines and palm trees line the streets; swimsuit-clad, sun-soaked women line the poolsides- Los Angeles, the City of Angels, home to long stretches of freeways, beaches and dreamers. The idea and image of L.A. is familiar, whether you've lived there for twenty years or haven't even stepped foot on its soil. It is the monotony of L.A. that so entraps those who live there and the lines and stretches that keep people moving forward, striving for the next bigger and better thing. Los Angeles gives an allusion that it never ends, that there's always more to come; those who live there get sucked in to the idea.

Cyrus Mahboubian is a British artist based in London particularly known for his work with polaroid photography. Previously, his work has been featured in shows worldwide and he has taught workshops at Tate Britain and the The Photographers' Gallery. Mahboubian's latest project took him to Los Angeles, California where he shot the endless array of palms and phone lines that stripe L.A. streets. He equates the "emotional power" of polaroid photos to "a handwritten letter or a ticket stub", as they are moments in time captured in physical form. He explained, "conceptually, the main thing for me is that polaroids are originals; each one is unique and, unlike other photography, isn't printed later…Each photo can be thought of as an object that has travelled."

These polaroids capture moments in a city that's always speeding by. It freezes viewers in a dreamlike moment, the very type of dream that inspires people to seek out L.A. in the first place. The images epitomise fleeting moments of the 'American Dream', bottling up the heat of Californian sun, the sight of poolside beauties and the infamous palm trees that dot the city. The contemporary world and landscape is captured in a nostalgic, old school art form, highlighting the surreal nature of this town.