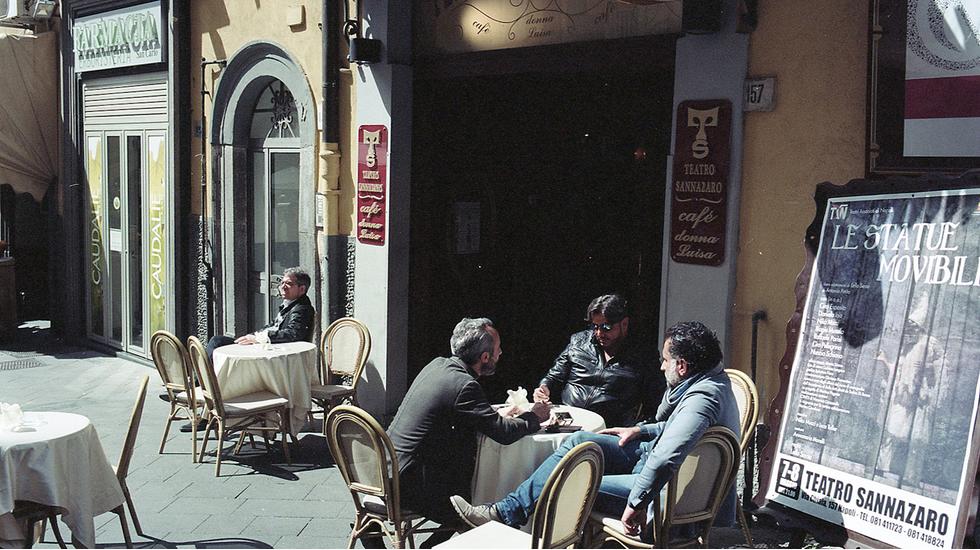 There's There's something intoxicating about Italy. The sights, smells, textures, colours, climate and effortlessly cool locals - and Naples is no exception.

Gritty and chaotic, sprawling and shabby yet brimming with character, Naples is an entirely different beast from the rolling hills of Tuscany or Florence. We had been forewarned about our five days here, told that the city's notorious dumping problem and suicidal motorists wouldn't make for an ideal getaway. But we fell in love with the city's charm.

This may have been something to do with the pizza. A lot to do with the pizza, in fact. Naples is said to be the birthplace of the stuff and it's as intrinsically linked with it as the ominous silhouette of Vesuvius looming over the city's bay. It's ridiculously good and we ate five in as many days. Our Airbnb host enthusiastically pointed us in the direction of his favourite - "without question the best in the city!" - and he wasn't wrong.

Aside from carb-induced delirium, the city's notoriously narrow streets, the symphony of passing mopeds and washing lines strung high up between the crumbling buildings made the perfect backdrop for a few hazy days people-watching and aimlessly exploring in good company, camera in hand.

This is how our time there looks on film. Until next time Italy, ciao!