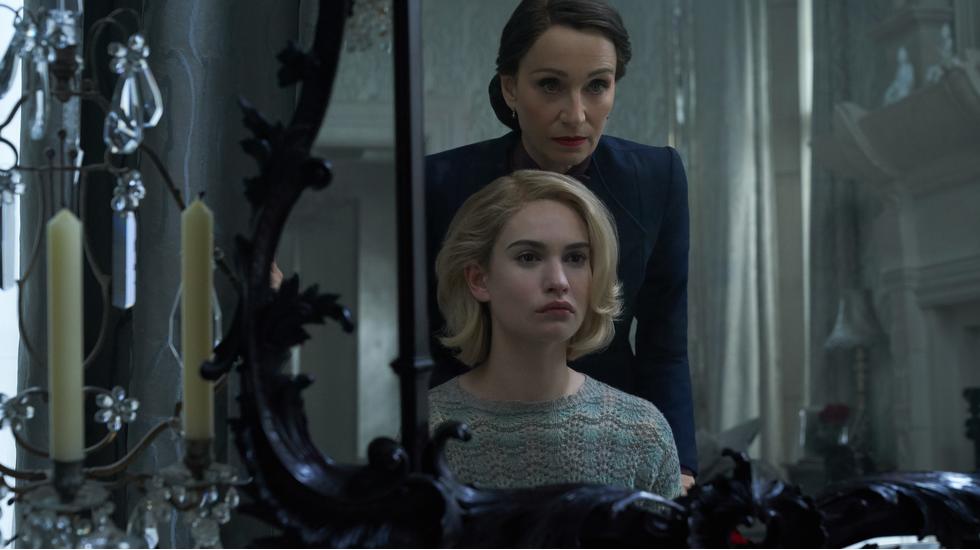 Since Since the drop of Netflix's adaptation of Daphne du Maurier's 1938 novel, we've been fantasising about a life spent swanning between the exotic fringe of Monte Carlo, raucous costume balls in Manderley and Cornwall's wild and craggy coast. Perhaps minus the ghost of Rebecca. And the leering Mrs Danvers, for that matter.

Sure, Lily James, Armie Hammer and Kristin Scott Thomas put on stellar performances, but the darkly romantic Manderley really is the star of the show. It was shot across a number manor houses, many of which make great day-trip destinations on a UK staycation. And so we've scouted them out - and thrown in a few sunny French film locations, should you need a more exotic hit of escapism.

Behind the scenes: the destinations behind Netflix's new film adaptation of Rebecca

Of course, while the de Winters and friends were partying upstairs, Manderley's servants were having their own get-together "below-stairs". That's where the warren-like corridors and basement kitchen of the 16th-century Osterley House come in. A fake fire, food and crockery were added as props. Visit today (just a tube journey from central London) and you might also recognise its Tudor-era stable block - this is where Rebecca's cousin, Jack Favell, persuaded Mrs de Winter to try horse riding.

Rebecca may be set in Cornwall, but those brooding beach scenes were actually filmed in Hartland Quay, a scooch north of Bude. The Atlantic careers into the rocky shoreline here, meaning that it's been the site of many shipwrecks over the centuries. Drop by to spot unusual rock formations as you hop between coves or pick up the South West Coast Path - bring good walking boots; this part of the trail is notoriously tough.

The wonderfully OTT suite where Mrs Van Hopper and our protagonist stay at the start of the film is actually in Buckinghamshire not Monte Carlo - though you'd be hard pressed to tell; this Renaissance-style chateau makes a believable stand-in. Baron Ferdinand de Rothschild built the place in 1877 as a summer retreat in which to entertain friends and family. Can't carve out the time to visit in person? Take a nosy at its rooms on a virtual tour.

If you spot wood-panelled walls, packed bookshelves and chessboard flooring, there’s a good chance it’s in Hatfield House, a Jacobean pile just north of London. This place has backdropped many flicks – Charlie and the Chocolate Factory, The Favourite, The Crown – though we reckon its claim to fame should be as the site of that scene where Mrs de Winter parades down to the costume ball dressed as Maxim’s great aunt. The house and gardens are closed until 2021, but you can walk around its vast park and woodland. Book ahead.

Taking its cue from Europe's baroque places, this Grade I-listed, 17th-century country house is one of just a handful of its kind in the UK to have its own purpose-built gallery. A few prop artworks were brought in for filming, but some of the estate's collection is still in shot when Mrs de Winter is exploring Manderley. Peruse its collection before wandering through the pleasure gardens designed by Capability Brown and across the South Downs beyond.

This sandstone manor near Beaminster doubles up as Rebecca's wing. Before Mrs de Winter was smashing porcelain figures here and Mrs Danvers getting a bit too vigorous with the hairbrushing, Mapperton also backdropped films such as Emma and Far from the Madding Crowd. The Earl and Countess of Sandwich live there today. We recommend exploring the Italianate gardens if you swing by - you'll spot the orangery where Maxim hosts a small family gathering with Keely Hawes.

Tumbling down a cliff face in Monte Carlo, this botanical garden is decorated with succulents first brought back from Mexico in the 1860s. It was founded by Prince Albert in 1902 and, during construction, engineers found a natural grotto hidden beneath - take a guided tour inside or simply find a quiet balcony from which to gaze across the Mediterranean as the future Mr and Mrs de Winter do at the start of their love affair.

Many scenes in "Monte Carlo" were shot in the French Riviera, with some of Nice's most glamorous buildings and sun-drenched coastal roads evoking the rose-tinted era of travel in the 30s. The grand, belle-epoque exterior and columned lobby of Le Régina sets our eyes like saucers at the start of Rebecca. Queen Victoria once stayed at this opulent hotel (converted to apartments in the 30s), a short walk from the Musée Matisse.

The small, rocky cove where Maxim and the nameless protagonist canoodle on the golden sands is in this bay, where rich types have built mansions since the 19th century. Should you visit today, we recommend dropping by the belle-epoque Villa Eilenroc and gardens designed by Charles Garnier, the architect behind Paris's famed opera house.