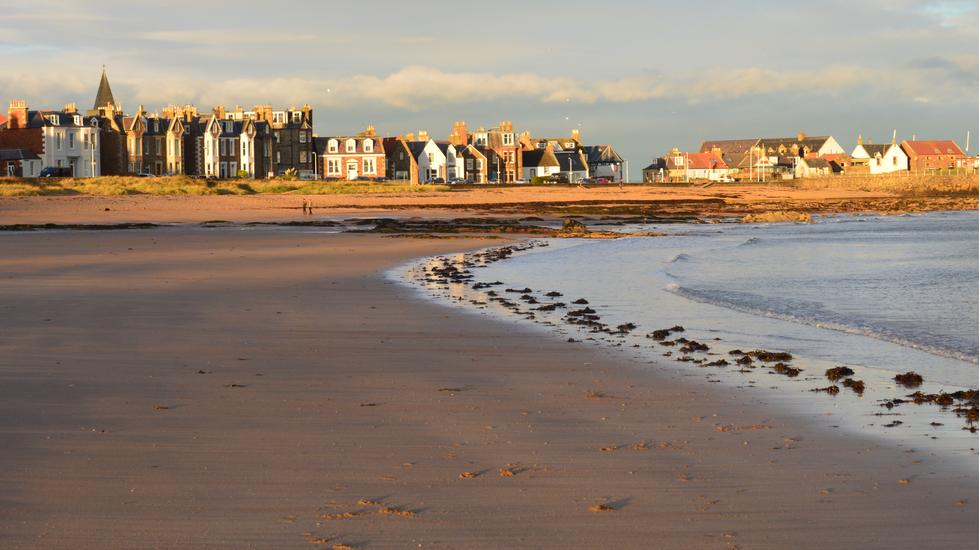 Just a 40-minute drive from Edinburgh, this lesser-known Scottish town in East Lothian has been kept under wraps by locals for centuries. It's framed by wide sandy beaches (we like looking out to Bass Rock from Milsey Bay) and home to a growing restaurant scene that's fast becoming as attractive to UK staycationers as its seabird colony is to twitchers.

You'll no doubt be equally in awe of the colourful ceramics, reupholstered furnishings and modern artworks in the town's cluster of boutiques. Grab a reusable bag and head to one of the two branches of Time and Tide for coastal chic minus the kitsch or Whynot?, a collection of indie retailers.

Spend your days cramming cake and coffee from the cafés, sun-soaking on the beach or discovering the surrounding dramatic landscapes.

Perched on a cliff just outside of the town lies Tantallon Castle, which was built by Earl of Douglas in the 14th century and would go on to be besieged by King James IV, James V and Oliver Cromwell over the next three. If you're worried about getting lost in its dungeons as you wander around, head to nearby Seacliff at sunset instead - the views back to the ruins are stunning.

Check in to The Bonnie Badger in Gullane. With Leith's Michelin-starred Tom Kitchin at the helm, this is a place where Scottish tradition is updated with a little contemporary pizzazz - the fireplaces in the bedrooms get a big yes from us. Needless to say, the seasonal menu is pretty impressive too.

Where to go for dinner

It wouldn't be a seaside staycation without a meal overlooking the coast. For this reason book a table at Herringbone. The menu has all manner of vegan dishes, steak and the like, but we recommend going for seafood. East Lothian chowder, anyone?

Your morning cup o' Joe from Steampunk Coffee Roasters is best followed up with a croissant from Bostock Bakery (René Redzepi is a fan).

Take an epicurean. They'll appreciate working up an appetite on a coastal walk before tucking into North Berwick's culinary bounty.

To see the beaches at their best, visit between June and September.

North Berwick is prone to high winds; we recommend wrapping up in The Chelsea Long trench coat by Burberry.

Regular trains from Edinburgh Waverley station take around 30 minutes - the journey is just over 40 by car.