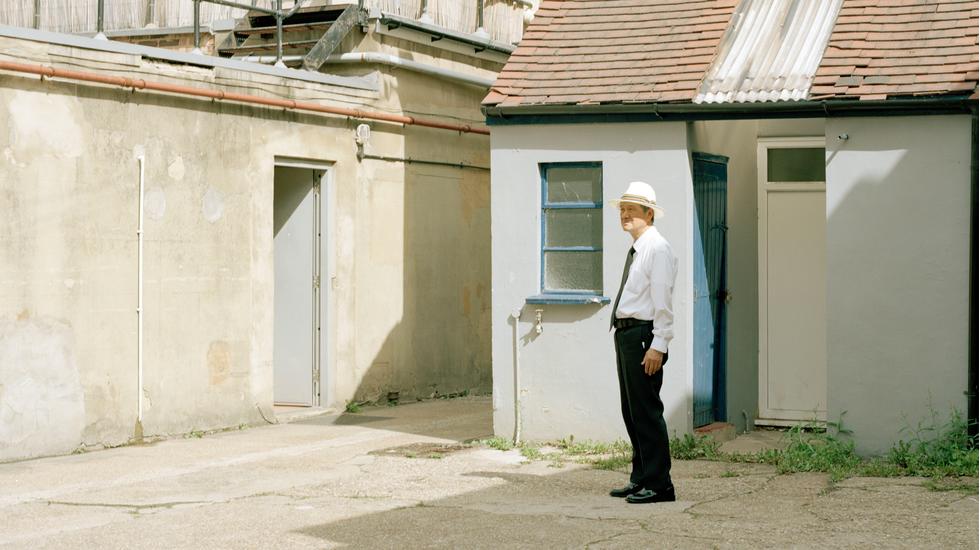 The article appears in Volume 32: Homegrown.

For For photographer Catherine Hyland, our daily rituals and gestures are what unite us as humans. "These small traces of our identity connect us to tradition, family and heritage," she says. "They enrich our lives and provide comfort."

For the past two years, Hyland has got to know some of New Malden's North Korean community - one of the largest of its kind in Europe. In the hope of building a new life away from their home country's regime, more than 600 defectors have settled in this south-west London suburb, where a larger, already-established population of South Koreans had paved the way for restaurants serving bibimbap and bingsoo, kimchi and Korean barbecue.

"Defectors live complicated lives," Hyland explains, "traversing the gulf between then and now. Even after you defect, the psychological and cultural adjustment can be hard."

When many in the west think of North Korea, we imagine a secretive, totalitarian state, where propaganda, political pressure and food insecurity are the norms. Much of our media coverage portrays the country as a place where free will is quashed, liberties are curtailed and human-rights abuses are widespread. Those long-suffering inhabitants who make the decision to defect are traumatised.

Yet in her ongoing series, The Traces Left Behind, Hyland paints a more uplifting and optimistic picture, challenging the culturally starved perception of scarred North Korean defectors. Having shared many meals, stories and rituals - dances, choir recitals, K-pop events - with members of the New Malden community, she realised that abandoning the regime was in no way the same as forgetting home and heritage.

"Your birthplace... it's a special place," says North Korean Surl Lee, who continues to enjoy the dishes that remind him of home, despite still having nightmares about the time he was imprisoned there. "I suffered so much in the prison. Even now it comes up in my dreams. You know, when you wake up with a fright?"

In New Malden, he earns his living as a builder, though ultimately he aspires to be an artist - he already has a small studio in town. "Doing what I want to do is, shall I say, a fight to wholly live my existence," he explains. "It's a battle, a reason for me to live."

Hope's triumph over suffering is seen, too, in the story of Lee-Sook Sung, who escaped North Korea during the economic crisis and famine in 1999, but not before three of her sons starved to death. While living in hiding in China, her eyesight deteriorated. Unable to seek the necessary treatment, she went blind permanently.

Today, her commitment to enjoying life is remarkable. "I live happily," she says. "I enjoy all sorts of arts, singing, playing janggu [a Korean drum]." Her blindness means she can't read music, but her husband helps by playing the songs on the computer until she memorises them.

Yet one of the biggest lifelines for Lee-Sook has been the Korean Senior Citizens Society - part charity shop, part education centre and 100-per-cent welcoming to both North and South Koreans. It's here that elderly people share hot meals and that Hyland formed a close bond with Hyongsoo Yim, a South Korean chef who teaches cookery classes to the members. "We enjoy many activities such as cooking, dancing and singing," he says.

Hyongsoo has been handmaking tofu for more than a decade now, having started when his children were young. It's a long process, he says, so he began preparing it in batches. When he made too much, he'd give it away - that was until someone turned up on his doorstep and said: "I heard you're selling delicious tofu, just like our grandmothers used to make." Hyongsoo thought to himself: "Well, I'm not selling it now, but I could start."

What we eat is flavoured by our identity, whether it’s in shifting tastes or the nostalgic dishes that transport and comfort us.

Today, Hyongsoo's keen to pass his culinary skills on to his son, an aspiring chef. The only trouble is, his British-born son would rather make British dishes. "It's an intergenerational conflict," Hyongsoo smiles.

What we eat is flavoured by our identity, whether it's in shifting tastes or the nostalgic dishes that transport and comfort us. Hyland's series speaks to the unifying power of food, hope and community in times of transition and displacement. Her images have an almost cinematic quality, yet feel intimate too. Inviting us into people's homes filled with the trinkets of their lives, they show us that beauty lies as much in traditional acts of ceremony as in everyday domestic rituals. We get a taste of how these moments bind the community, not just to each other but to their past and their changing present too.

All too often, New Malden's North Koreans are seen as "the other", when in fact their ability to thrive in the face of adversity, find hope on foreign shores and build a sense of collective identity - whether through food, craft, music or any other ritual - is something to which we can all aspire. Far from pitying them, perhaps we should ask: what can we learn from them?