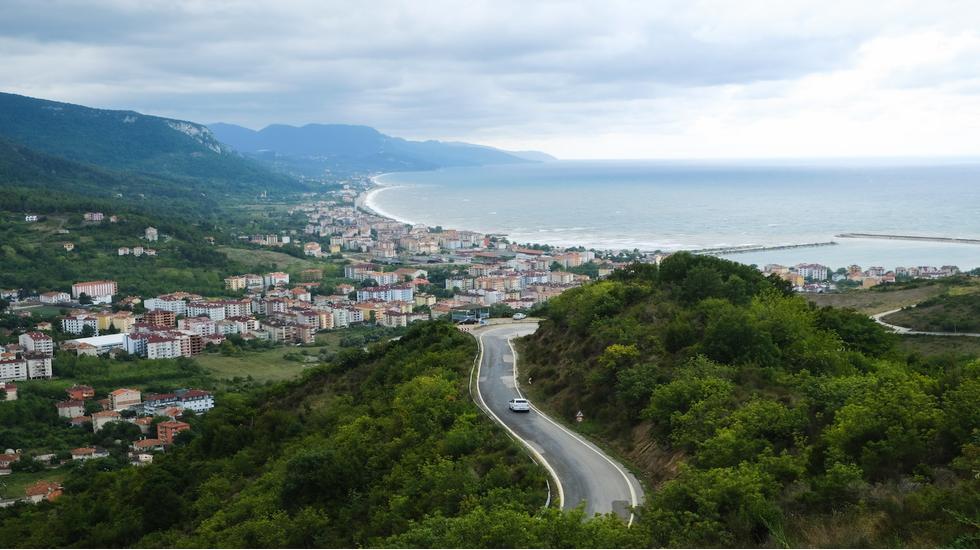 Growing Growing up in California, road trips along the Pacific Coast Highway were a mainstay of life, and something I have missed since living in Eastern Europe. So when an old friend was heading my way and suggested we take one, I began searching for somewhere that might evoke the landscapes and laid-back vibes of the "PCH", without the tourists or 6,000 miles of air travel. The place I found might surprise many, as it's not on the crowded coasts of Italy, Spain or the South of France, but in Turkey.

While most visitors to coastal Turkey head to the Aegean or Mediterranean seas, the Black Sea region remains relatively unexplored territory. Spanning the northern length of the country all the way to the frontier with Georgia, the area was largely isolated from the rest of Turkey until a coastal highway, opened in 2007, linked the rural west with the bustling port cities of the east.

Driving through the summer heat four hours east of Istanbul, we found the coast near the town of Amasra. As soon as we came down a pass in the Pontic Mountains, the landscape changed dramatically, and I knew we were in a special place. A cool breeze whipped into the car as an endless span of lush mountains spilling down into steel-blue sea came into view.

We spent the next week making our way to Georgia, winding through colourful rural villages, old fortress towns and ports, always in the shadow of emerald-green mountains whose mists hide tea plantations and historic monasteries. We were greeted like celebrities most places we stopped, plied with Turkish delight and coffee by locals, most of whom spoke no English. We ate fresh fish for dinner, toast with locally produced hazelnut butter for breakfast, and made frequent tea stops at roadside cafés.

At one particular stop, sitting in a chair overlooking the sea, I closed my eyes and enjoyed the feeling of being somewhere that felt at once so familiar yet so far away. The road to Turkey's Black Sea coast may be less travelled, but it's definitely one worth taking.