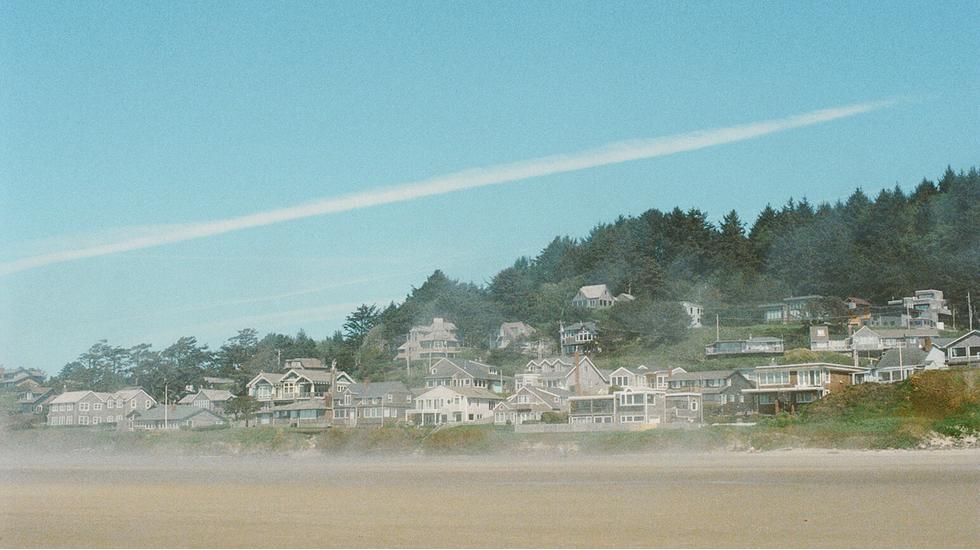 I I met a friend who I hadn't seen for three years in Portland, Oregon and together we set off on a roadtrip through the Pacific Northwest. Our first stop was Cannon Beach, where three huge, almond-shaped rocks sit in the middle of the Pacific Ocean. Then it was on to the little town of Ashford which lies at the base of Mount Rainier, one of America's deadliest active volcanoes which stands at over 14,000 ft tall. It's so high that it has its own microclimate; cool and clear for the first hundred feet or so, the weather changes rapidly as you drive in loops towards the basecamp at 5,400 ft, from which it's a three-day trek to the summit.

The landscape here is a stark contrast of black-and-white, with sheets of snow pinpricked by the occasional pine tree or waterfall. Due to rain and fog, we didn't actually see Mount Rainier in all its majesty until we reached Seattle and observed it from afar. Instead, we filled our stomachs with homemade cherry pie from a nearby diner and fell asleep to ear-splitting thunder before making our way to North Bend, Washington. The town is known for being featured in David Lynch's cult TV show and film, Twin Peaks. Of course, we made a beeline for Twede's Cafe, the old-school American diner featured in the series.

I had a "damn fine cup of coffee" as hoped, and from there we went to nearby Snoqualmie Falls, the waterfall featured during the opening credits of the show. Finally, we were en route to Seattle, which was infinitely more beautiful than I had expected. Every street had a row of eclectic, rustic houses, with the sea almost always in view. There was no feeling better than catching up with a best friend after a thousand days apart, warm in the comfort of our car, singing terribly at the top of our lungs to various playlists, happy to be together among the pine trees which lined our path.