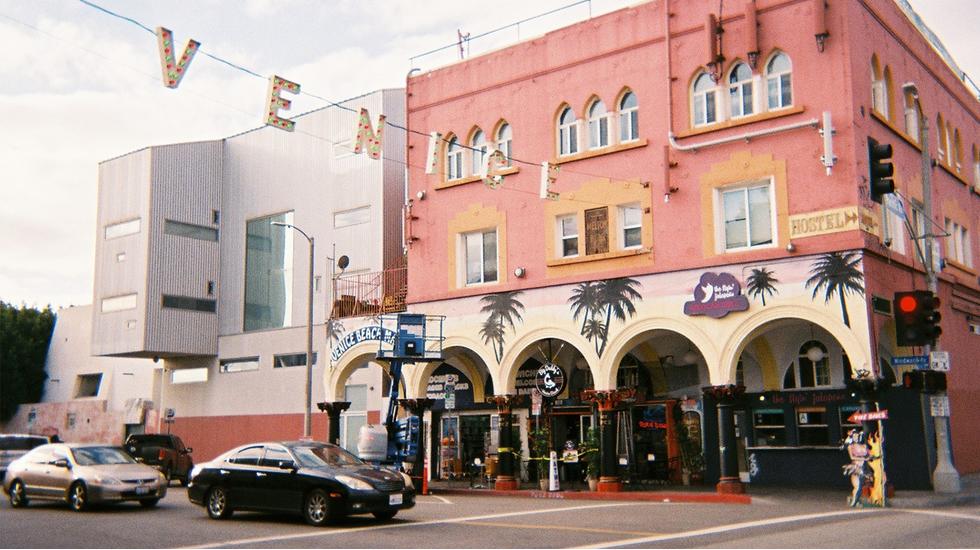 I I had not intended to publish this series of photographs from Los Angeles. The images were meant to be documents of our first trip to the metropolis - a diary of the Pacific shores for their own sake. We went on a month-long surf trip, though I cannot surf! My friends did, while I simply watched dark spots floating in the water, appearing then disappearing from under the waves, tiny specks on my viewfinder along with some grains of sand.

The stormy January weather had me observing the suited surfers from within the warmth of my vehicle. I became my own unique version of a beach bunny in a rental Cadillac, wearing jeans and a sweater rather than a bikini, soft pop turned on and windows rolled up. After picking up fresh boards in San Clemente my pals surfed from Salt Creek Beach to Pitas Point, stopping along the way to relax in Crystal Cove and feed their tired bodies at a local burger joint near the Huntington Pier, before spending time in the choppy waters of Malaga Cove and Topanga State Beach, finally relishing scenic solitude at Point Dume.

Thus my surf trip to Los Angeles is portrayed, with more excitement than Thomas Ruff and less folly than Nan Goldin, as a swell ballad through exquisite landscapes.