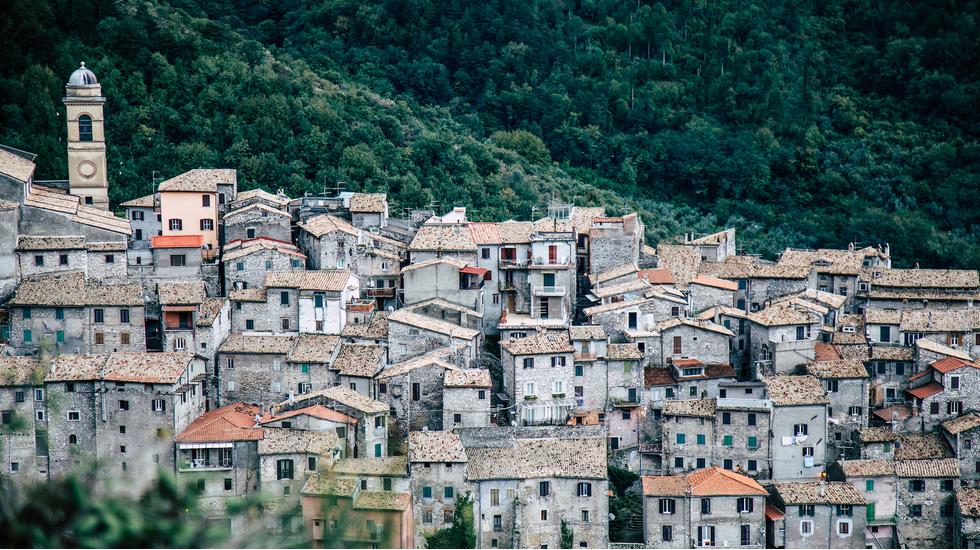 Every Every year on the first Sunday of October the town of Piglio hosts the Sagra dell'uva Cesanese, a festival dedicated to wine. Over three days I soaked up the joyful atmosphere - and plenty of samples - as the streets filled with music and performers.

The autumn festival has marked the start of the grape harvest for more than 45 years. In this Lazio region, the Cesanese grape is well known, having been used in red wine production as far back as ancient Rome.

Old wineries open to the public, offering tastings of outstanding wines alongside typical local snacks such as roasted chestnuts and grilled sweetcorn with arrosticini (barbecued lamb on skewers).

I devoured a street food unique to this locale: cresciutella - a deep-fried bread dough stuffed with cheese and cured meat among other ingredients. Another very special dish was that of cacciocavallo cheese (made from sheep's milk) melted on the grill, served on a warm slice of bread and finished with truffle cream and local friarielli (broccoli rabe).

Sated, I made my way between Piglio's picturesque narrow streets to a place where I could look out over Monti Ernici, a magnificent mountain range beyond the commune.