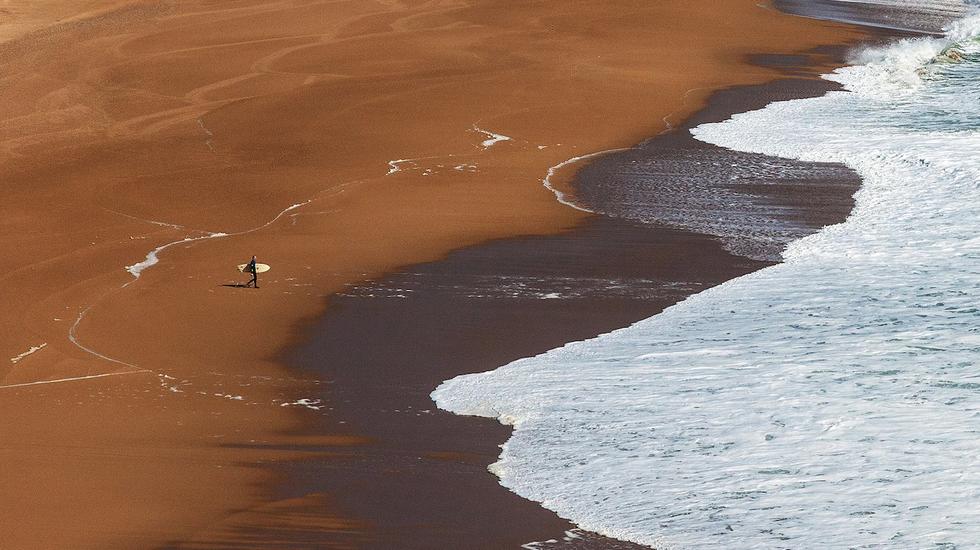 From From the small town of Mértola in the south to Ponte da Barca in the north, I found a country that was a beguiling mixture of rustic charm and historic splendour, with increasing flourishes of modernity. I have sought to show a side of Portugal whose values and way of life seem similar with my own. From market traders and fishermen to pilgrims to gypsies, I was drawn to those whose lives seem somewhat distant from the glare of the fast changing modern world, and who form the underbelly of a country where much is changing. I found these people to be polite and warm-hearted, often leading a traditional way of life, usually guided by religious beliefs and principles.

They live and thrive in a diverse landscape; from the open plains of southern Alentejo to the more mountainous north. Along the west coast the terrain is wild and rugged, with glorious - often empty - beaches, and majestic cliffs that have been sculpted by the pounding waves of the Atlantic Ocean. To the east lies an interior of mountains and broad river valleys. Portugal is a lush, fertile land of agriculture, abundant with fruit and olive groves, wild vegetation, vineyards, and forests of eucalyptus and cork trees, which extend well beyond the horizon. Throughout my travels imposing castles and impressive monasteries appeared regularly, as did the quiet villages, often, it seemed, devoid of inhabitants - and when people were to be found they would often be sitting in a café passing the time of day.